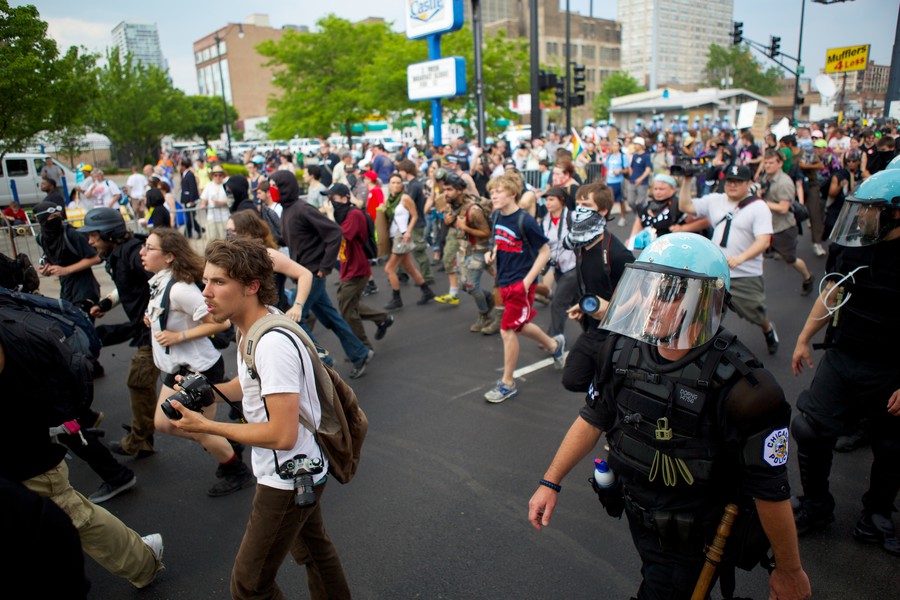 Students joined thousands downtown this weekend in a series of anti-war demonstrations against the North Atlantic Treaty Organization’s (NATO) May 20–21 Summit in Chicago.

“The People’s Summit” began on Friday and culminated on Sunday, as representatives of 28 NATO countries convened in McCormick Place. Demonstrators converged on Grant Park on Sunday for speeches from leaders like Reverend Jesse Jackson before marching to the summit.

U of C participants drew from activist RSOs with specific agendas such as UChicago Climate Action Network, UChicago Occupy, Students for Health Equity, and Southside Solidarity Network, along with students simply intent on “witnessing history.”

“It was surreal and the most diverse thing I’ve ever seen,” said first-year Tyler Webb, who had previously observed one Occupy event.

The organizers behind the weekend’s events, a group calling themselves the Coalition Against NATO and G8 (CANG8), trained a task force of around 60 “peace marshalls,” including a U of C student who spoke on the condition of anonymity, to mediate between police and protesters and stop violent conflicts before they began.

Meanwhile, some 3,000 CPD officers sporting riot gear were deployed in CTA buses and police vans to direct the path of the march and guard McCormick Place.

Andy Thayer, an organizer for CANG8, told protesters that the march was directed toward political leaders, not the police.

Sunday’s demonstrations ended at around 4 p.m. at South State Street and East Cermak Road. There, 45 decorated members of Iraq Veterans Against the War—including several veterans from the war in Afghanistan—cast their medals into the street toward McCormick Place.

“These medals, once upon a time, made me feel good about what I was doing, that what I was doing the right thing. But then I came back to reality, and I don’t want these anymore,” said Scott Olson, who threw his four medals into the road.

Most protesters dispersed once their permit expired at 4 p.m., but stragglers began to clash with police at around 5 p.m., leading to as many as 60 arrests and a few injuries. Some 100 people have been arrested in the past week during the protests.

No U of C affiliates were injured or arrested, although many, like first-year Brendan Leonard, witnessed the clashes.

“I guess [police] just decided, when the permit ran out, that free speech was no longer protected,” Leonard said, “I was on the sidewalk, trying to stay out of the way, but they make it hard for you to not get arrested sometimes.”

The protesters who were arrested chose to do so, according to the U of C student peace marshall, adding that CANG8 views such arrests as distractions.

The shifting identity of Occupy was also apparent.

“What Occupy is has actually changed a lot these past eight months. A lot of groups with existing agendas have adopted the Occupy moniker,” said Rob Jennings, an anthropology Ph.D. student at the University who was arrested in October.

The future, however, remains murky.

“There’s so much collective energy,” Leonard said, “but, honestly, no one knows what happens now.”