In 'Sound of My Voice,' maturity of young filmmaker resonates 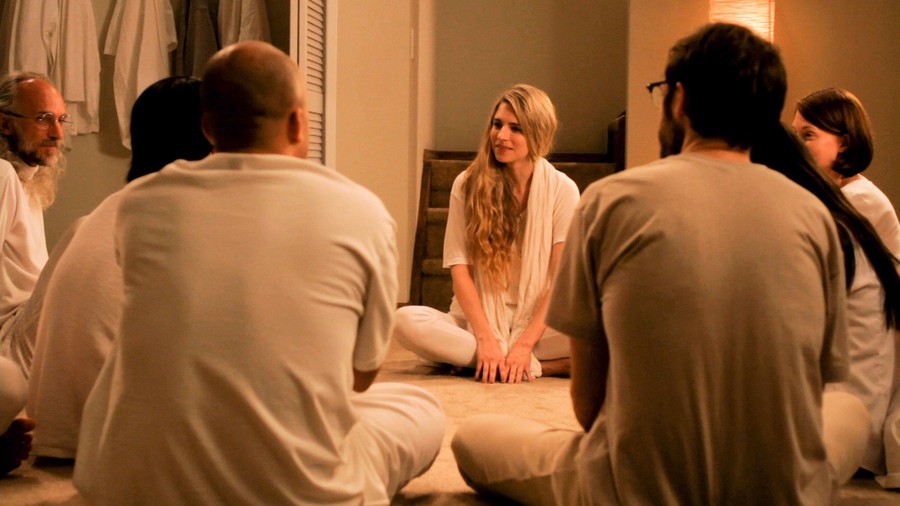 After the credits rolled at the end of  2011’s sci-fi indie drama Another Earth, I was a changed man. Brit Marling, who’d been the film’s lead and one of its co-writers, was clear-eyed and intentional in a way few modern young actresses are, and director Mike Cahill’s no-frills approach to framing her stellar narrative was refreshingly human. More than anything, I was struck by the purity of what Marling and Cahill did with their movie — they captured well-drawn, fully realized characters under the duress of a straight-forward, innovative premise. There was no multi-million dollar budget, no pretentious third act twists, no big stars or quick camera cuts. Not once did I feel their lack. So it goes without saying that I was excited for Zal Batmanglij’s Sound of My Voice, the second of Marling’s indies to be given mass distribution by Fox Searchlight after making waves at Sundance. Suffice it to say, it did not only meet my expectations — it exceeded them.

The premise of Sound of My Voice is relatively straightforward: Peter and Lorna (Christopher Denham and Nicole Vicius), a couple of 20-something-year-old documentary filmmakers, set out to infiltrate and expose a Los Angeles-based cult and its leader, an enigmatic woman named Maggie (Marling) who claims to be from the year 2054. Things go from bad to worse when Peter begins to lose his objective distance to Maggie’s allure, straining his relationship with Lorna and testing just how far they’re both willing to go in order to expose what appears to be a potentially lethal fraud. Or is it? Cue some preternatural awareness on Maggie’s part, and suddenly nothing’s certain.

Batmanglij was apparently operating under a tight budget (Marling revealed that a few scenes shot on an airplane were done covertly on a roundtrip from LAX to San Francisco), but it only adds to the movie’s suspense. A bulk of Sound of My Voice is spent in a white basement, extra clinical so as to not endanger Maggie’s apparently fragile immune system after her almost-deadly trip through time. The monotone, windowless room is perfectly claustrophobic, emphasizing the inescapability of the situation Peter and Lorna have inserted themselves into. Batmanglij’s simple camerawork is efficient and powerful, if not a little evocative of Cahill’s style in Another Earth (understandable since both worked together closely in their days at Georgetown University, where they met Marling). It magnifies the incredible performances on display here — Denham, Vicius, and Marling maintain chemistry integral to the movie’s success, and make the film compulsively watchable. Granted, the movie is replete with all your requisite cult tropes — blindfolds, white vans going to unknown locations, forced showers, intricate handshakes — but there’s a realism here that convinced me to accept it without question. Just like Another Earth, there’s an expectation upon viewing that, to a certain extent, you’ll need to leave your doubt at the theater door. Cahill and Batmanglij ask you to open your mind, and in turn, they make a promise to respect it.

Make sure you check out the movie’s soundtrack as well. Scored by the director’s brother, Rostam Batmanglij, a member of Vampire Weekend, it’s hypnotic and subtle. Never intrusive, but heavy where it needs to be — one scene in particular comes to mind, probably one of the movie’s most visceral as Maggie recounts her memories of “waking up” in a motel bathroom 40 years into her past. It all comes to a closer under Hot Chip’s trippy “Thieves in the Night,” which will now be looping forever on my iPod. There’s also a brilliant sequence featuring The Cranberries that — not to spoil — had my whole theater particularly enraptured. It’s refreshing to see a score utilized smartly in an era of movies that tends to force music onto their audience as a means to tell us how to feel. Sound of My Voice rests on the strength of its script, and smartly so. Silence here is just as effective as any song.

The next we’ll see of Marling and Batmanglij will be in their first major studio venture — a drama called The East about a conservative contract worker (Juno’s Ellen Page) hired to infiltrate an anarchist group (True Blood’s Alexander Skarsgard) intent on punishing corporate greed. The movie’s in post-production but with no current set release date. My suggestion? Catch Sound of My Voice, currently playing at both Landmark and River East, and rent Another Earth. Soak up all the genius now, and don’t wait until Marling, Batmanglij or Cahill gets their inevitable Oscar nod and becomes the next “It Thing.” If nothing else, in a summer full of mega-budget studio monsters, this can be the indie that makes the money you spend on a ticket matter. The Avengers has already hit the billion dollar mark. The Dark Knight Rises is obviously going to. Screw the superheroes, I say. There’s a (potentially) sociopathic basement-stricken cult leader out there who deserves your attention.