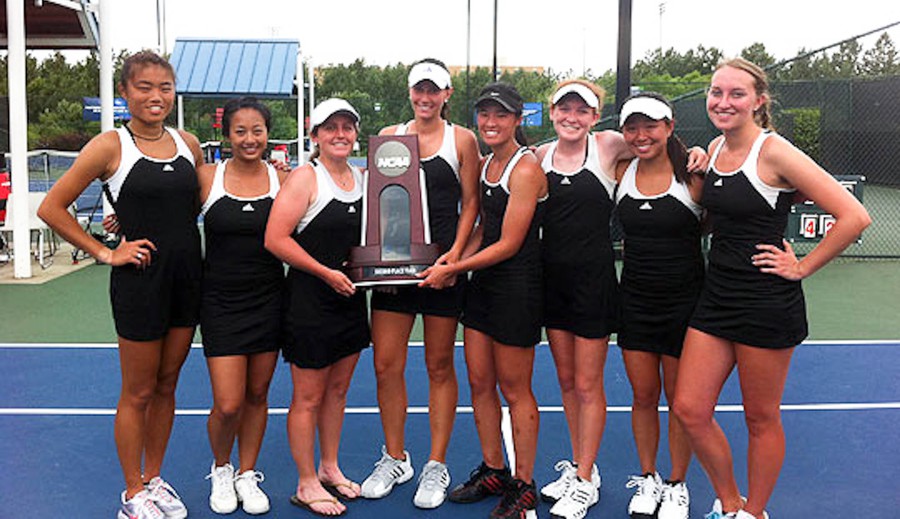 The women’s tennis team captured second place at the NCAA DIII National Tournament after losing to Williams (24–2), the champion for the past five years, 5–2 on Wednesday.

The finish capped off the most successful placement the Maroons (23–5) have had in school history, and it was only the second time a Chicago team has competed in a DIII national final. The last time was in 2003 when the women’s soccer team placed second.

Amherst, which beat Chicago in the 2009 and 2010 tournament, did not have momentum on its side as Maroon fourth-years Kendra Higgins and Carmen VacaGuzman won 8–6 at No. 1 doubles while fourth-year Jennifer Kung and third-year Linden Li emulated the same score at No. 2 doubles.

The lone Chicago loss came at No. 3 doubles where first-years Kelsey McGillis and Megan Tang were shut out 8–0.

Higgins clinched a spot in the final for the Maroons with a 6–2, 2–6, 6–4 win at No. 1 after allowing four straight games in the third set.

In the final, Williams got off to an early lead with an 8–5 win over Kung and Li at No. 2 doubles.

Instead of overwhelming opponents with powerful shots as they have all season long, Higgins and VacaGuzman both played at the baseline when returning serves.

“In doubles, Kendra and I literally had to win playing ugly,” VacaGuzman said. “[Williams was not] going to give us any free points, so we had to have long points, play smart, and then go for it when we got the right shot.”

The strategy worked as the Chicago tandem held for an 8–5 win.

It would seem as if Chicago were going to have the 2–1 edge heading into singles. McGillis and Tang had a 7–5 advantage.

Instead, three games later, Williams had its own advantage at 8–7. But McGillis and Tang saved two match points to send the match into a seven-point tiebreak.

The Maroons were unable to overcome an early 2–0 deficit in the tiebreak and lost the set 9–8 (4).

“We fought our hearts out, but in the end, they knew what to do to win,” McGillis said. “We definitely had our opportunities during doubles, but experience definitely played a huge part.”

Singles would determine the national champion.

After being up 2–0, Higgins began to commit unforced errors, missed volleys, and missed overheads. The lead quickly turned into the first loss for the Maroons in singles (6–4, 6–2).

But Chicago was not out of contention. Kung cruised to a 6–1, 6–3 victory over Kara Shoemaker.

“Out of my four years here, this year was definitely my best performance in singles at NCAAs,” Kung said. “I felt like my level of play this year really began picking up during NCAA regionals. I’m glad I was able to step up my singles game for my last NCAAs and give my team some quick singles wins.”

Unfortunately for the Maroons, McGillis’ shoulder was giving her problems at the end of the second set.

“It was very tired and weak,” she said.

“It took me a moment to realize that [Williams] had just won, especially because the winning court was literally five courts across from me,” VacaGuzman said.

In spite of the initial disappointment the loss brought, it was the first time in four years that the Maroons went passed the semifinal. The previous three years, the Maroons took home the fourth-place trophy.

“Overall we all left everything on the court, and I am proud of each and every one of my teammates,” McGillis said.

For the fourth-years, the loss was especially tough because it was the last match they would play together as a team. Their seasons as individuals, however, continue.

Even with the talent, strength, and mental toughness the Maroons have shown, it was the camaraderie they built that secured upsets to better teams, the UAA championship, and the second-place finish at the national tournament.

“I have the hardest working teammates and was sad about the loss, but so happy and proud with the way everyone competed,” VacaGuzman said. “We gave it our all.”

“We started this season as a team and ended as a family.”