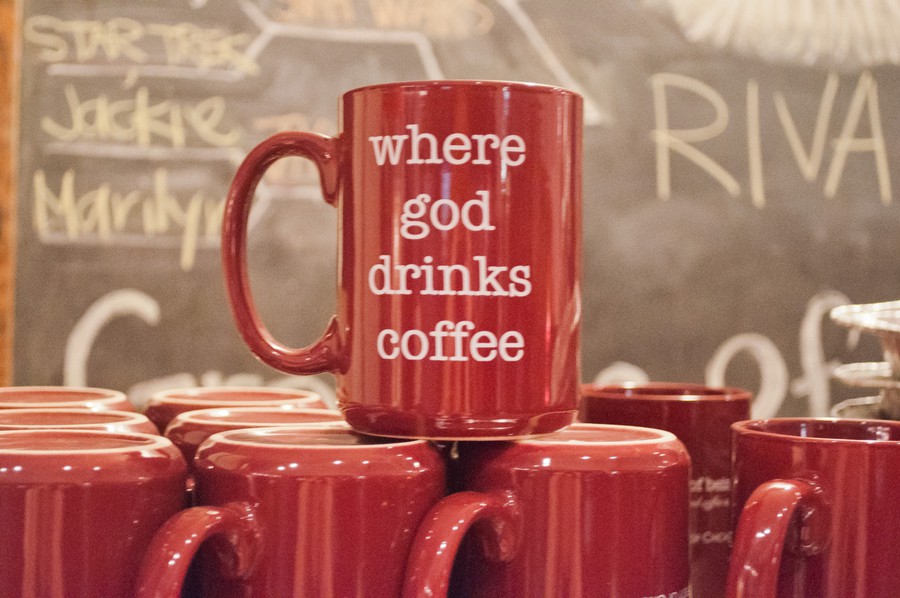 The U of C runs on coffee: There are seven cafés on the Main Quadrangles alone, not to mention those sprinkled throughout Hyde Park. This abundance makes for a vibrant coffee culture on campus. Students and faculty often use the various cafés as meeting places, and a frequent topic of conversation on the quads is which café brews the best coffee.

But what really makes the U of C’s coffee culture unique is the bevy of student-run cafés. Although technically independent establishments, student cafés like Hallowed Grounds and Grounds of Being receive rent subsidies from ORCSA, and most operate in the red. Without profit in mind, these eateries are often the cheapest places to grab a bite to eat on campus.

Another appeal of the cafés is their eclectic atmosphere: Student employees mingle with neighborhood residents, while professors and faculty grab cups of hot coffee to go. Each coffee shop has its own personality, from the students it hires to the art on its walls and the music it plays.

What most students may not know is that most of these cafés are fairly old establishments. Last year, with the drafting of a new dining plan, these cafés were under threat as the University considered incorporating them under Aramark’s management. But the students who run these establishments fought against unification and can still serve food from local restaurants with satisfaction, not profit, as the driving force. With such dedication to their unique character in mind, here is a breakdown of what each student-run coffee shop has to offer.

In the basement of one of the busiest buildings on campus, murals, collages, and drawings cover almost every inch of available space of the grungy, Louvre-like Cobb Coffee Shop. Cobb is somewhat of a relic of a bygone era, selling outdated products like Fun Dip and Pop Rocks. The café’s general manager Claire Hungerford fondly describes the ambiance as “gas station chic.”

“We do sell a lot of the same products as other student-run cafés, but we try to create a unique atmosphere,” said Hungerford, a fourth-year.

Though most people associate the café with cheap coffee and convenience, Cobb has an unusually self-maintained history that stretches back to its founding in the 1960s.

As one story goes, an alum returned to the U of C campus several years after graduation and went to buy a cup of coffee from Cobb. He noticed a picture on the tip jar, and to his surprise, he realized that it was his own picture on the jar—the man had worked there 10 years before.

The café adds to the persona of Cobb itself—it attracts a diverse array of customers, from international students and faculty to people who just like to travel, Hungerford says.  One of its largest installations, a map covered with different currencies, was a project made by customers as well as employees.

The most popular items at Cobb include coffee, samosas, and sandwiches. Hovering at around one dollar, Cobb Coffee Shop has the cheapest coffee on campus.

The newest addition to the coffee shop coterie sits on the third floor of Harper Memorial Library. Opened in fall quarter of 2009 after the University decided to remodel the library, Common Knowledge Café has quickly found its niche on campus: Despite controversy over the University’s decision to take the books out of Harper for remodeling purposes, students continue to flock to the library, and likewise, Common Knowledge Café.

During its short life span, Common Knowledge Café, more commonly referred to as Harper Café, has cultivated close relationships with The Midway Review and Sliced Bread Magazine. In the past, Harper Library has collaborated with Common Knowledge to organize promotional events where Common Knowledge sells coffee. You can also usually find copies of the two magazines lying near the tables at the back of the café.

General Manager Faisal Mukarram said that Common Knowledge is best known for the amount and variety of baked goods it sells, especially cupcakes. Like other student-run cafés, Common Knowledge offers food from local restaurants. However, it also offers specialty drinks, such as a pumpkin spice latte in the fall and apple cider.

“One of the best things about student-run coffee shops I feel is that we’re very open to change, so if there’s something you’d like to see at the café, tell us,” Mukarram said.

Literally meaning “from the books” in Latin, Ex Libris first opened its doors in 1978 to meet student demands for a café inside the Regenstein. Just one week short of its 33rd anniversary, Ex Libris reopened on the first floor of the Reg at the beginning of this quarter; last year, administrators predicted the remodeled café would reopen in October, but that date never came to fruition. Despite minor setbacks in the remodeling process, business at Ex Libris has been booming.

“People really like the open, well-lit space, and business has been better than before. Before, we were down the stairs and across the corner in the A-Level, but our new location is much more visible,” General Manager and fourth-year Jake Newman said. He added that Ex Libris is a nice place for students to take a break from studying and meet friends, or even for studying with some white noise.

When the future of Ex Libris was up in the air last year, there was a short-lived controversy regarding its status as a student-run café. Although administrators argued that turning it into a professionally managed store would make it more clean and efficient, protests from students and former Ex Libris employees quickly settled the matter.

Over the course of several years, Hallowed Grounds has taken on several identities. For a while, the place was called Uncle Joe’s after the student manager decided to give the café a communist vibe. Then a group of goths took over the café and gave it its current name of Hallowed Grounds, in addition to covering the pool tables with red felt. Now, the coffee shop, located on the second floor of the Reynold’s Club, has a more classic UChicago-esque hipster vibe, and the felt on the pool table has been restored to its original green.

“Before I started working here, I came here as a first-year, to hang out,” fourth-year and manager Jason De Stefano said. “[Hallowed Grounds] is in a good location—it’s far away enough from the Reg without feeling too removed from studying.”

This fall, the staff of Hallowed Grounds rearranged all of the tables so that at least two people could have access to an outlet from a table. De Stefano said that though the arrangement is not perfect, it makes studying or doing work on the computer more convenient.

Every Wednesday, Hallowed Grounds gets carrot cake from JR Bakery, and it’s gone within the day.  “The joke around here is that all of the staff buys the carrot cake, and there is never any left for the customers because it’s so good,” De Stefano said.

Hallowed Grounds also gets pastries delivered from Bonjour Café every Tuesday and Thursday. Like most other student-run cafés, Hallowed Grounds brews coffee from Metropolis, a roaster based in Andersonville.

A lot can be said about Grounds of Being by looking at their take on coffee. “Nobody else around here has Alterra,” said General Manager Greg Chatterley. “It’s a smaller roaster that has a direct relationship with its brewers. It’s a bit different from Free Trade in that they actually go down to growing sites to make sure that plantation practices are ethical, and they cultivate relationships with plantations [and] have a sustainability focus.”

And as their customized mugs put it, Grounds of Being is “where god drinks coffee.”

First opened in 1962, the café is one of the oldest remaining coffee shops on the U of C campus—it recently celebrated its 50th anniversary. Over the years, the café has grown to become more selective with its products, according to Chatterley.

“I think Grounds of Being has a lot of things going for it—the quality of our coffee, it’s pretty cheap, and we provide a quirky atmosphere,” Chatterley said.

Their most popular items are drip coffee, ginger beers (currently they have about 10 different types), mochas, and lattes.

Another famous Grounds of Being tradition is the “Battle of the Gods” tip jar competition. For over 20 years, employees have picked a theme that lasts throughout each quarter. Past battles have been between politicians during election years and actual gods: The more controversial the battle, the better the tips. A favorite in recent memory was Zena vs. Michelle Obama. As for this quarter, the theme is famous rivals.