Cochran on schools: it takes a village 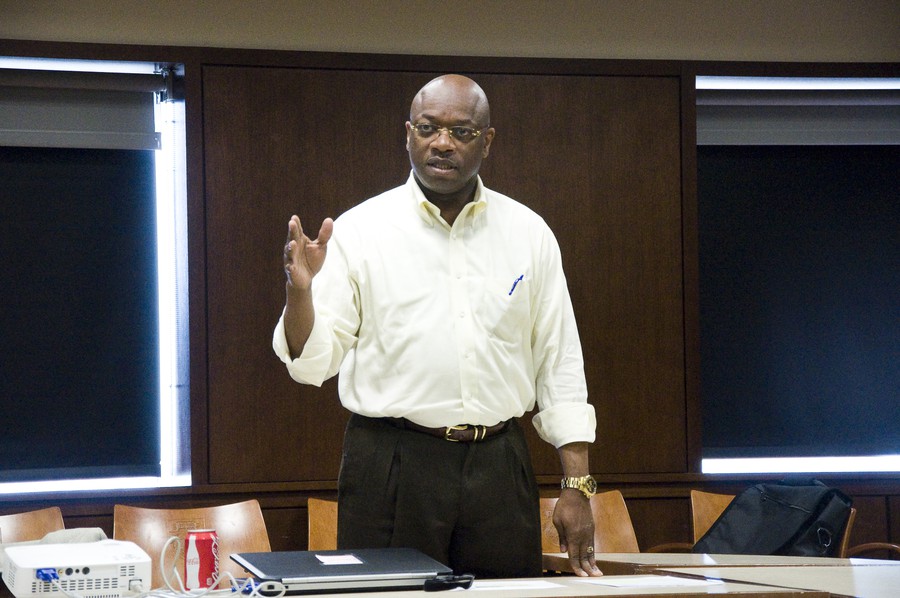 Twentieth ward Alderman Willie Cochran stressed the necessity of a holistic, community-based approach to tackling problems of poverty, education, and crime in Woodlawn at a forum Wednesday night in the Ratner Athletics Center.

Endemic and multi-generational poverty is the reason that so many teenagers form gangs and begin lives as career criminals on the South Side, Cochran said. Such children often feel the victim of a “broken social contract,” and use that logic to justify rebellion, aggression, and crime.

Referring to a study conducted by the Adler School of Professional Psychology, Cochran said that birth-to-college education reform was the best recourse for improving the neighborhood. The community exerts a profound psychological impact on developing minds, and social and emotional distress should be addressed preemptively, he said.

To that end, local efforts have attempted to replicate the success of the Harlem Children’s Zone, a nonprofit organization that has used similar methods to combat multi-generational poverty and to send high school students to college.

The talk was an installment in a series of workshops organized by the Neighborhood Schools Program (NSP) intended to supplement training for U of C students working as NSP teaching assistants.

First-year Tanvi Magi, who has worked with NSP since winter quarter as a teaching assistant at the Emmett Till School in Woodlawn, said that Cochran touched on problems that educators face regularly in the classroom.

“It [the forum] was relevant to those of us who work in the schools,” said Magi, who teaches first-graders. “It’s different to imagine the home lives that [the students] come from, and Cochran listed the school that I work at in his statistics.”

According to figures Cochran cited, between 1 and 2 percent of the national population enters foster care; at Emmett Till, roughly 8 percent do.