The senior duo of Daniel Heck and Nick Rockwell were the Maroons’ only competitors at last weekend’s Wisconsin Twilight meet. 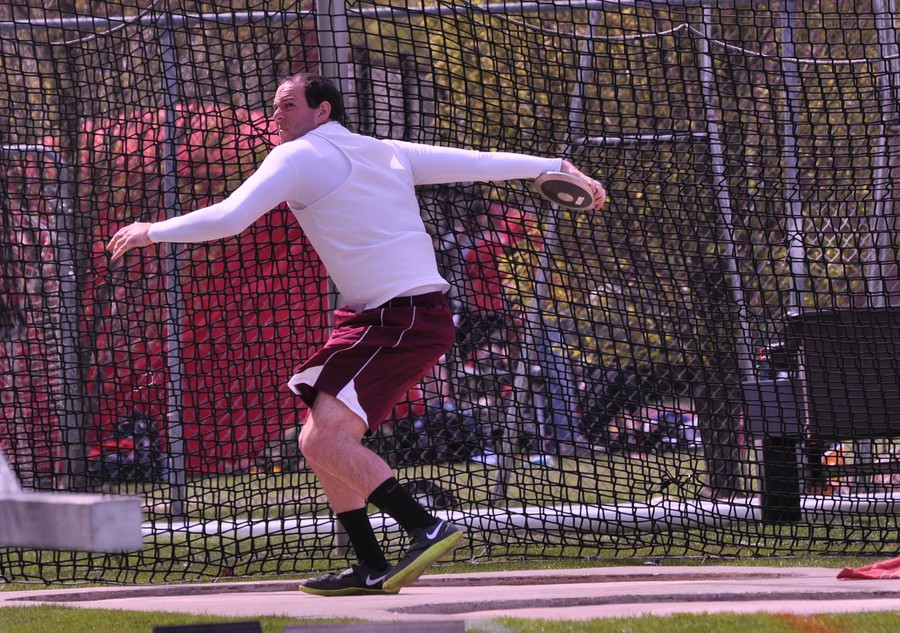 A pair of South Siders had a quiet return to the track this weekend. Quiet, but not uneventful.

Fourth-year throwers Daniel Heck and Nick Rockwell were the Maroons’ only competitors at last weekend’s Wisconsin Twilight meet. The rest of Chicago’s squad was given the weekend off following their efforts at last week’s UAA Championship.

Heck had the more successful meet of the two men, finishing third in the hammer throw with a distance of 51.24m. Rockwell finished seventh in the same event (38.81m) and fouled on all three of his throws in the shot put.

“I could have performed better this weekend,” Rockwell said, “but with a shortened week of practice, it was hard to prepare for the meet. I went into the meet focusing on a couple things I needed to work on technically, and I did a better job with what I was working on.”

Heck was not at his best either, but after throwing a season’s best at the conference meet last week, he wasn’t expecting to be.

“I was pretty pleased with my performance,” Heck said. “Coming off the physical and emotional peak of UAAs, I knew that I wasn’t going to go out and throw a big PR again. I came within a meter of my lifetime best despite not feeling very explosive at all, and now I’m primed to go out and throw a couple more PRs in these next two weeks to accomplish my goals.”

There are now only two meets left for Chicago before the NCAA Championship at the end of the season. Heck still has an outside shot of qualifying for that championship and Rockwell is focused on making his way onto the Maroon record books, but both athletes appreciated the extra preparation they got in Wisconsin.

“It was a positive step in the sense that I improved what I was working on, but with only three days of practice this week, it was hard to make the necessary adjustments for the meet,” Rockwell said. “Sometimes when you fix one part of your technique, it throws off another aspect of your throw. I think having a full week of practice coming up will definitely help me going into our next meet.”

“My approach this week was to try and move on from my success at UAAs and refocus myself to achieve distances rather than trying to finish as high as possible,” Heck said. “Now that my goals are more personal, I can go out and focus completely on my technique and how I can improve. I think I did a good job of that at the meet, as I was able to refocus myself and throw farther after not being satisfied with my initial four throws.”

The rest of the squad rejoins the two throwers next weekend for the Chicago Penultimate. That will be Chicago’s last home meet of the season and, for Heck and Rockwell, the last home meet of their Maroon careers. They’ll be hoping the extra preparation they got in this weekend will make it a farewell to remember.