Movie May-hem: a preview of this month's upcoming films 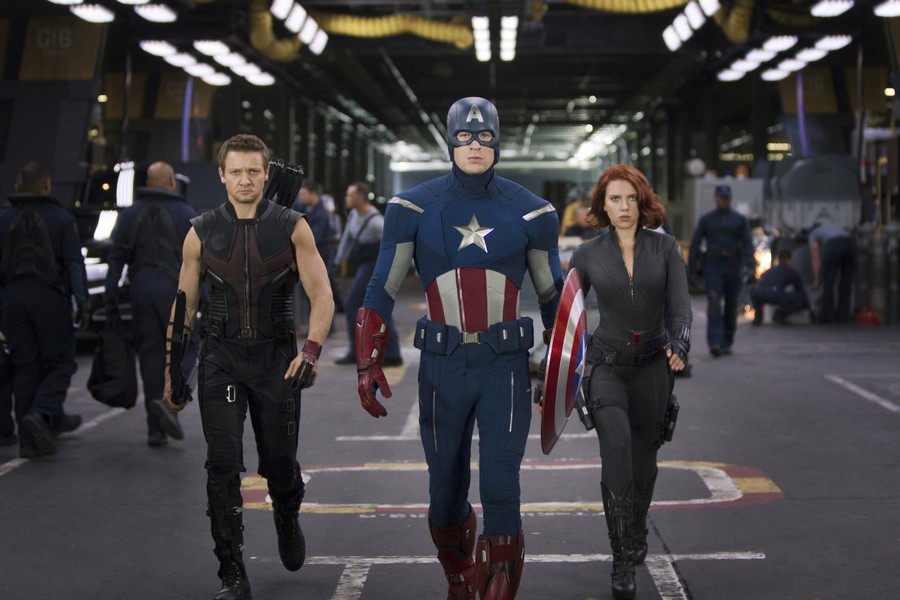 Analysts have long been abuzz over the impending summer blockbuster season, thanks partly to the amazing gross of Gary Ross’s The Hunger Games, 2012’s first true box office slam with a current domestic total of about $400 million. Yet even with the bar set so high, no one could’ve predicted the massive, immediate success of Joss Whedon’s long-awaited The Avengers. Since its midnight premier last Thursday, The Avengers has made over $200 million, smashing records to become the biggest domestic single weekend gross in history (its international haul is double that). An added bonus? The movie’s a critical success, as well—it’s currently sitting at a solid, certifiably-fresh 83 percent on Rotten Tomatoes. And that’s from Top Critics, too (the larger consensus is a whopping 92 percent).

Yet May’s just beginning, and there’s no sign that the momentum will halt anytime soon. Here’s your monthly forecast for movies to keep an eye on:

• The most immediate threat to The Avengers’ claim to box office victory is this weekend’s Dark Shadows, the latest collaboration between Tim Burton, Johnny Depp, and Helena Bonham Carter. If Dark Shadows performs anything like Burton’s last kid-friendly, Depp-led ventures (Alice in Wonderland, Charlie and the Chocolate Factory), records could be broken anew. Filling out the flick is a slew of talented and lovely ladies – Michelle Pfeiffer, who Anne Hathaway is replacing as Catwoman  later this summer; Eva Green, who just signed on for the sequel to 300, due out next year; and Chloe Moretz, who was recently tapped to be the titular Carrie in a remake helmed by UChicago’s own Kimberly Peirce.

• If you’re finding yourself depressed at the prospect of a Transformers-less summer, fret not—come May 18th, Rihanna will make her silver screen debut in Peter Berg’s Battleship. Based loosely on the classic board game but with an added alien invasion, Battleship promises nothing more than your requisite cast of hotties, explosions, oversaturated shaky cam, and explosions. Most telling of all might be Rihanna’s admission in an interview with Extra that her “acting classes” consisted mostly of learning to stunt fight. Considering the flick’s whopping $200 million budget, most critics are preemptively declaring this ship sunk.

• If you’re looking for something a little raunchier, Sacha Baron Cohen’s The Dictator is opening the same weekend. Trailers promise it to be everything you’d expect from the summer’s first R-rated comedy, yet the movie’s biggest buzz is due largely to typical Cohen antics—like his dumping “ashes” all over Ryan Seacrest at this year’s Oscar preshow. Unlike Borat, however, The Dictator is entirely scripted, a change which most test audiences seem to think it suffered for.

• The Fresh Prince must be getting a little stale. Smith rejoins Tommy Lee Jones for Men in Black III, to be released at the end of the month. This marks his first film in over three years, and the resurrection of a franchise most people had hoped died a decade ago. What’s on Smith’s agenda for the future? A crop of innovative and entirely fresh new concepts, of course—Hancock 2, I, Robot 2, and Bad Boys 3. Can someone please give this man a new script before he tries to bring back Wild Wild West?

• And finally, for more standard UChicagoan fare, Wes Anderson’s Moonrise Kingdom is set for release on May 25th. Sporting an all-star cast and trademark charm, Moonrise should satisfy all the cravings you’ve been having since the credits rolled on 2009’s Fantastic Mr. Fox.