Businesses are springing up all over 53rd Street, bringing some amenities to Hyde Park for the first time 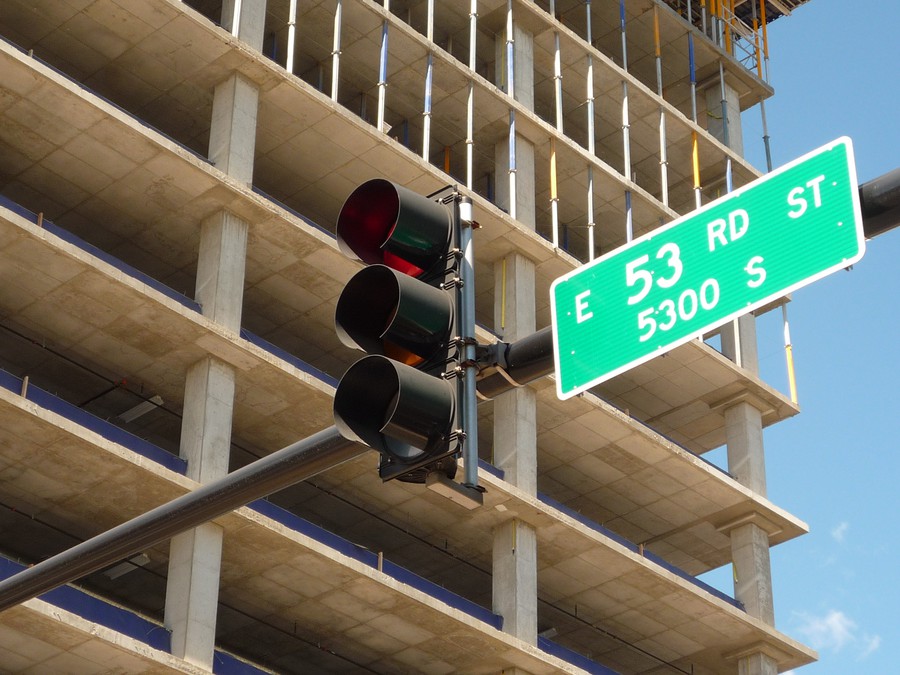 While meandering around East 53rd Street, Hyde Park’s main hub of restaurants and businesses, you may notice a huge construction zone complete with cranes and scaffolding around a looming, slightly out-of-place looking structure. This is the future Harper Court, part of the University’s large development project, which is set for completion in summer 2013. The anchor building will house a Hyatt Place Hotel, LA Fitness, movie theater, and University office space.

Though the 1.1 million square feet of Harper Court, located between South Harper and Lake Park Avenues, is the main attraction, it’s only part of a multi-million dollar redevelopment project extending along 53rd Street, offering plenty of new restaurant and retail space to supplement the roster of local businesses. A condominium replacing the Village Center shopping center on the corner of Lake Park and East Hyde Park Boulevard will also be constructed, with a 30,000 square foot Whole Foods moving in. The project is a collaboration between the University and the City of Chicago, with funding coming from both, and a hefty portion coming from tax increment financing (TIF) funds, a way of using property tax income to support further neighborhood development.

The University set out to bring more businesses to 53rd Street in order to revitalize the area for students, faculty members, and neighborhood residents. Though construction of Harper Court only formally began last fall, redevelopment planning of 53rd Street has been ongoing for at least a decade. In 2001 the City of Chicago designated a 53rd Street TIF zone which allowed for greater redevelopment possibilities; the foundation of the University’s project. Gaining TIF designation allowed the University to receive greater funding from the city and attract businesses to the area.

The years 2007 and 2008 were largely spent gathering survey information from students, community members, and faculty regarding what to bring to Hyde Park. There were market studies, e-mail surveys, and focus groups to begin assessing the situation, and groups of students were brought to 53rd Street with administrators to figure out “what was it about this street that they didn’t like,” according to the University’s associate vice president of civic engagement, Susan Campbell. Workshops were presented by the Alderman’s office, the University, and the South East Chicago Commission—a private committee founded in 1952 to combat crime in the neighborhood, but which now focuses on development.

Evidence of the redevelopment plan has already sprung up, with a bike center, Five Guys, and Clarke’s, a 24-hour diner, already open. The area will also gain a Chipotle and Akira clothing boutique, among others. The team behind Logan Square restaurant Longman & Eagle also recently announced that they will be opening Promontory, a restaurant and concert venue.

Though the response from community members has been somewhat tepid, with teachers and residents recently protesting the use of TIF funds for construction of the Hyatt, the area undoubtedly offers more than it used to. No longer will you have to head all the way downtown for Chipotle, suffer hunger pains after a long night of drunken debauchery, or wonder why a world-class institution like the University of Chicago comes with a neighborhood lacking in some basic college necessities.