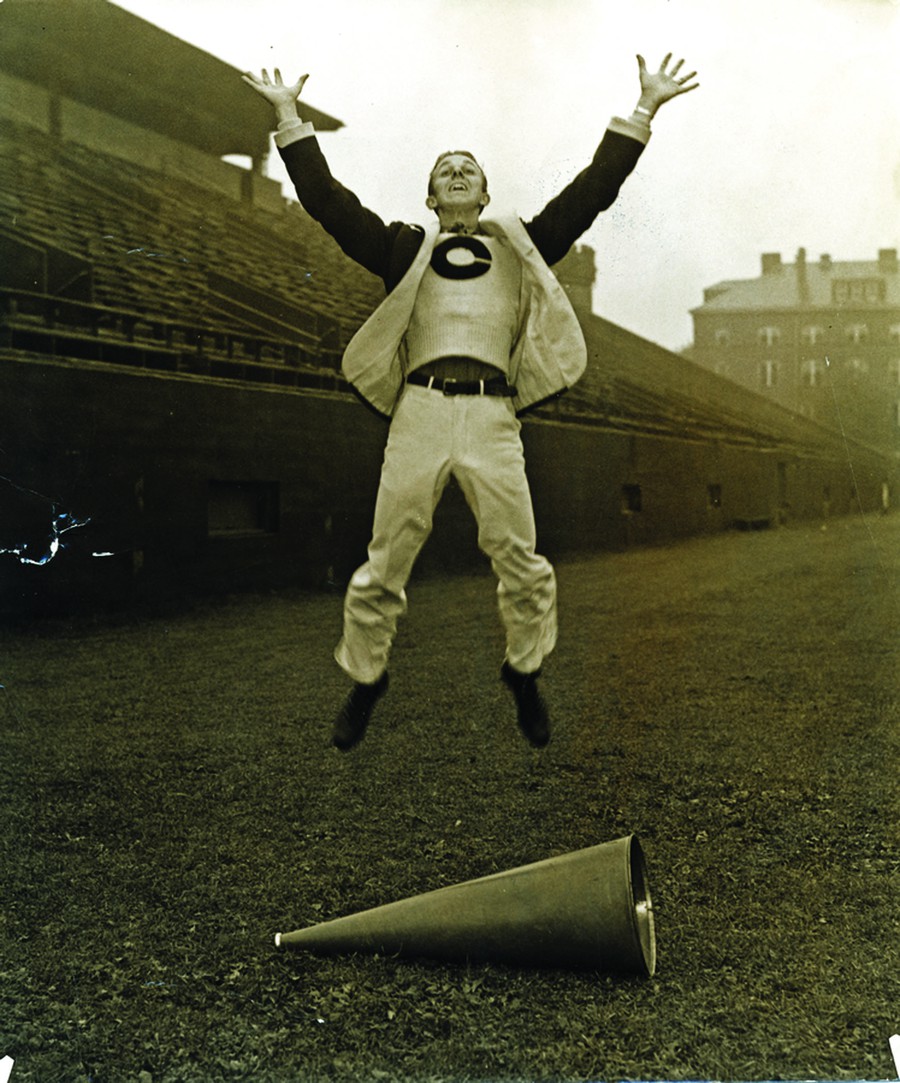 Let no one say that we never tried.

This thought seems to run through the stock sports retrospective of the University’s early, early days: Man, were those good times. A Heisman Trophy! Can you believe it? You know who else got a Heisman? The best, that’s who. And it all started here, right here. Whew. Pass me another High Life.

Or something like that. The history of the Maroons is wrapped up inside such a vivid mythology that hardly any of it seems real anymore, like some adolescent high-point, your favorite junior prom recollection. One’s memory dims.

It all began so long ago: Amos Stagg, the man with the plan, whose knack was for baseball but who didn’t seem to mind coaching football. As Big Ten contenders, his Maroons won six championships over a 40-plus-year stretch that predated jazz, Soviets, and Robert Zimmer. It might as well have been the Dawn of Humankind.

At around the same time, an administrator named Gertrude Dudley was blazing her own trail, whipping the nationally held assumption that sport went part-and-parcel with Male Virtue. (“Boys ought to be trained in strenuousness,” said one visiting college chancellor at a lecture here in 1900.) Within a few years, she had dozens of students suiting up in black dresses and black bonnets to play on the nation’s first women’s baseball team, and she would continue to subvert the sporting establishment’s prohibitions on women’s participation throughout her tenure.

The big flourish is the first-ever Heisman Trophy presented to Maroon halfback Jay Berwanger in 1935 (awarded annually since then to “outstanding” college football players like hall-of-famers OJ Simpson and Paul Hornung). Close after that are nuclear fission, a gaggle of Nobel prizes, and, famously, the abandonment of varsity football altogether in 1939.

These are, anyway, the highlights. To paraphrase one 1962 Sports Illustrated piece celebrating Stagg’s 100th birthday, “The story of [the U of C] has been told so often that some people would like to ignore it.”

And yet, here it comes again. Why?

This clinging to history could just be a bit of self-consciousness about the student body’s notoriously anemic enthusiasm for its teams. One Maroon editorial two years ago practically begged students to show up for the Homecoming game, reminding them of enticements like free food and T-shirts.

But that possibility is dreadfully cynical. And it does a disservice to something far simpler, and perhaps far truer.

Maybe it is that, when Dudley decided in 1901 that the perfect tools for shattering a glass ceiling were a heavy, ash baseball bat and a dirty catcher’s mitt, it was actually a moment that justified perennial pride, even through 2011.

Or that, when halfback Jay “One-Man Gang” Berwanger finally succumbed to lung cancer in June of 2002 at the age of 88, his legacy wasn’t just the Heisman Trophy that now glistens in the lobby of the Ratner Athletic Center, but a winking reminder that incredible things have happened in a Maroon uniform, and that they continue to do so today.

In basketball, for example, the men’s team has clinched six conference titles since 1997, while last year the women’s squad carved out a national playoff berth, after claiming their third UAA title since 2008.

Stagg Field has also come alive again, being the home turf of the 2010 women’s track and field team that fought to a top four spot in the Division-III finals, as well as the five runners and jumpers who competed for national titles at the end of last season.

Maroon football continues to be a big fish in a tide pool, but Stagg’s successors have been climbing as of late. As recently as 2009, former quarterback Marshall Oium (A.B. ’11) made records for the post-1969 Maroons in yards passed (472 in one game, 2,605 in one season), completions (33 in one game), and touchdowns thrown (six in one game, 21 in one season), while two years ago, during a 61-22 rout with Carnegie Mellon, rising star wideout Dee Brizzolara, now a fourth-year, scored more touchdowns in one game than any Maroon in over 40 years.

In all likelihood, the old highlight reel will keep rolling, maybe forever, or at least until a Maroon wins another Heisman. Still, it’s worth watching, at least once, at least before checking out the fireworks that have in recent years been hissing, sparking, and occasionally exploding at Maroons games around the country.

So keep watching, if only for the perspective. The real show is happening right now, and there might be a new reel to grumble about in the coming years.