This weekend hear some hair metal literature, support your local brewery, and go for a pants-less ride on the Red Line. 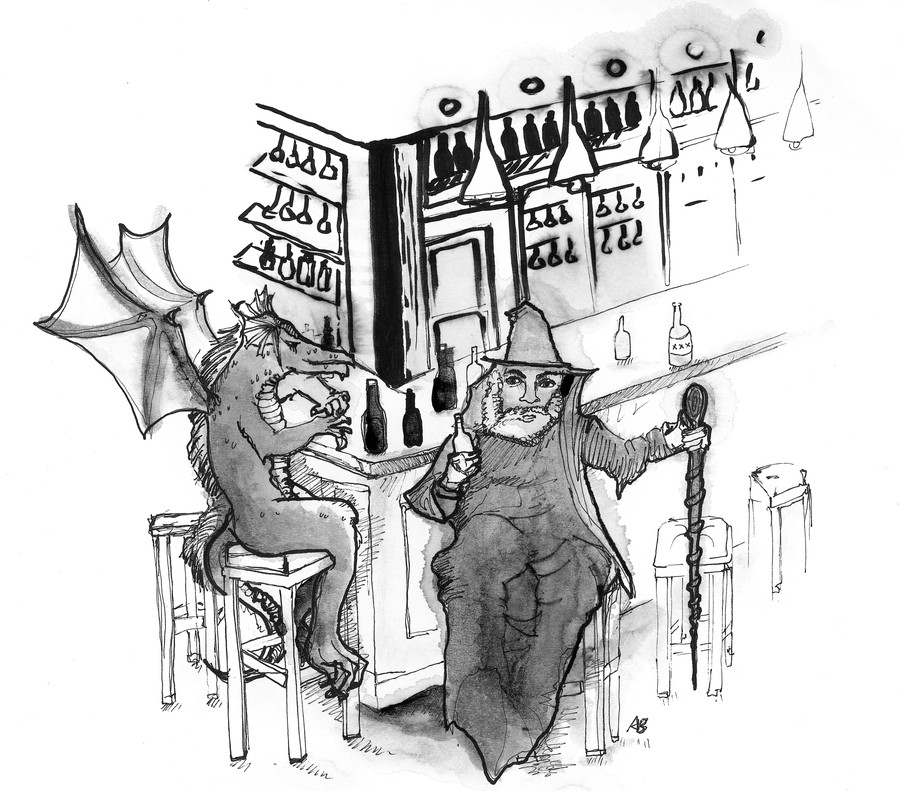 Deschutes Brewery is engaging in product placement and celebrating its Chicago launch all week with a string of special events spotlighting its beer—possibly at a bar near you. This evening, help Small Bar finish its weekend food supply at a lovely “beer dinner” (four courses, and an appropriate four-ounce pairing for each). Plus, you may come empty-handed, but you’ll be leaving with a brand new Deschutes four-ounce tasting glass! It’s not a car, but it is what you deserve. 2047 West Division Street. Starts at 6 p.m., $26, no tickets or reservations required.

Consider yourself lucky, if only for the sake of your gut, that Chicago Sketchfest lasts roughly a week (Jan 3–13). The celebration began about a decade ago as a seven-week extravaganza, conceived by Brian Posen in order to satisfy his woefully long rental commitment to Theatre Building Chicago. Tonight at Stage 773 you can catch dozens of comedy crews in the act, including British Teeth, Drop the Root Beer, Crassus, and Reformed Whores, with multiple shows playing at once in hourly intervals. One-night passes are still available for tonight and Sunday; you can also catch Saturday’s individual showings. 1225 West Belmont Avenue. 8–11 p.m., one-night pass $4; single admission $14.

Bang your head and snap your fingers at The Book Cellar’s special reading, “Hair Lit.” The event has nothing to do with setting your head on fire. Instead, featured authors Ben Tanzer, Matt Rowan, Sam Weller, Kyle Beachy, and Megan Stielstra will be reading their best new work that also happens to be inspired by hair metal hits by bands such as Kiss, Bon Jovi, Poison, and Lita Ford. Maybe you’ll even manage to get a rock-star writer to sign your literary anthology with glitter eyeliner. 4736 North Lincoln Avenue. Starts at 7 p.m., free.

The contemporary chamber players, Contempo, will make their debut at the Logan Center with their concert “Celebrating UChicago Composers”, which takes as its inspiration a spiral of reminiscent exploration. The first several of its programs will be dedicated to music by UChicago composers and company members from the recent and slightly more aged past, and the concert will be preceded by a short discussion led by Marta Feldman, the Mabel Greene Myers Professor of Music and the Humanities, at 6:30 p.m. One of the most well-known works to be performed this evening is “Spider Walk,” a piece for solo percussion composed by Marta Ptaszynesky, which employs visual and aural elements to create a spiraling musical logarithm that uses the same ratio by which a spider spins its web. 915 East 60th Street, Performance Hall 074. Starts at 7:30 p.m., $25, $5 student.

Join the guy who created the Facebook event and potential scores of other Chicagoans for today’s No Pants Subway Ride (1st annual, obviously). Participation is easy, fun, and probably safe. Simply meet at the Loyola Red Line stop at noon, board the train, and act like you usually would. Then, when your team leader gives the signal, calmly remove your pants. Keep the pants in your backpack as you exit the train, wait on the subway platform, and enter your next target car. Do not intentionally piss people off in the process or wear underwear that is too showy. “Wear two pairs of underwear if it makes you feel more comfortable,” the Web site advises. Meet at 1210 West Arthur Avenue. 12–3 p.m., free.