After upset of Wash U, Maroons to take on unbeaten Rochester 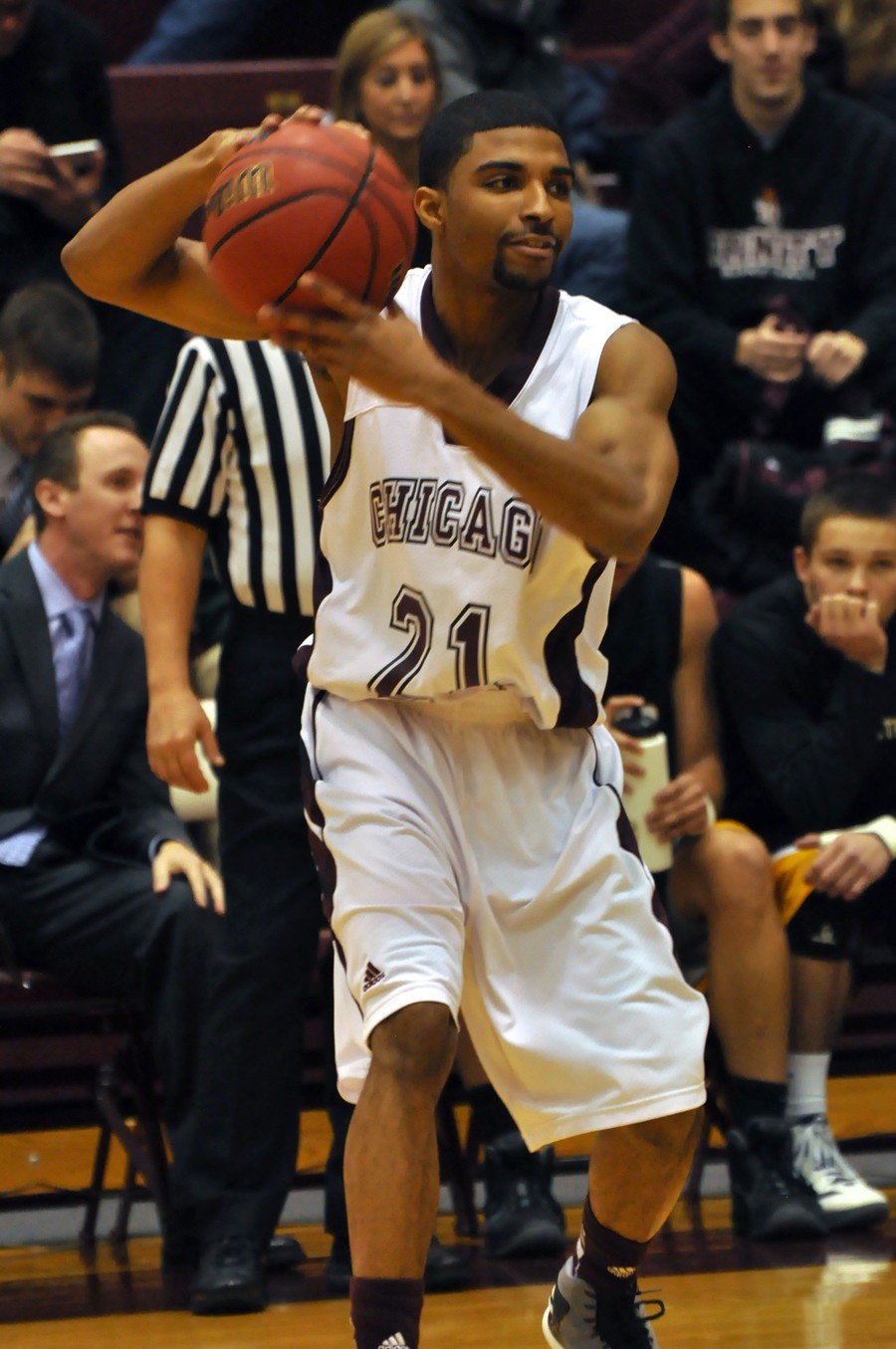 It was clear what the Maroons needed to do to beat archrival #5 Wash U: Control the boards.

Going into the contest, the Bears (10–2, 0–1 UAA) had out-rebounded their opponents by an average of 16.4 rebounds per game, the largest margin in the nation.

It is just as easy to point out what the Maroons need to do in order to play spoiler again, this time to #4 Rochester (12–0, 1–0 UAA)—contain point guard John DiBartolomeo. The senior leads the UAA in assists per game (5.9), points per game (23.7), and ranks second in three-point field goal percentage (50.8).

DiBartolomeo has garnered first team All-UAA status the past two seasons and was named to the D3hoops.com Team of the Week. He is also this week’s UAA Athlete of the Week.

“He’s got a lot of intangibles that are very impressive; he’s tough, and he’s got a savvy-ness to him,” Chicago head coach Mike McGrath said. “He doesn’t get rattled, and he’s very impressive in making the right reads as often as he does.”

In spite of all the praise McGrath gives DiBartolomeo, he said that the Maroons have an advantage that most teams do not have with two high-quality point guards in second-year Royce Muskeyvalley and third-year transfer Wayne Simon.

McGrath said that there is no secret to guarding the Rochester star.

“If you bring a lot of help, [DiBartolomeo will] find the open man. You’ve just got to, at some point, sit down and guard him as best you can,” McGrath said. “And I think we have two guys who are capable of doing that, and they’re going to be focused on that.”

Both Muskeyvalley and Simon have shut down premier point guards this season. In the Maroons’ upset over the Bears, they allowed third-year Alan Aboona to dish out only two assists. He averages 5.8 per game.

Still, Chicago will be faced with a difficult task against the Yellowjackets as a whole, especially since they are playing at Rochester.

“I think Rochester is going to be more comfortable playing at home than Rochester was playing here, and that will make the challenge that much harder,” McGrath said.

The Maroons will continue along the East Coast for Sunday’s game against Emory.

“Emory is a very, very potent offensive basketball team,” McGrath said. “They’re much more multidimensional than Rochester. Handling the basketball against their pressure and dealing with them especially in transition will be two big keys.”

With a healthy lineup, Chicago looks to contend for the UAA title after a 6–5 start in non-conference play.

“[The feeling is] that the team’s coming together. We’re not there yet, and the team’s got to get more consistent,” McGrath said. “We took another step in terms of the way we’re capable of playing, and we need to do that again this weekend. The guys are excited.”