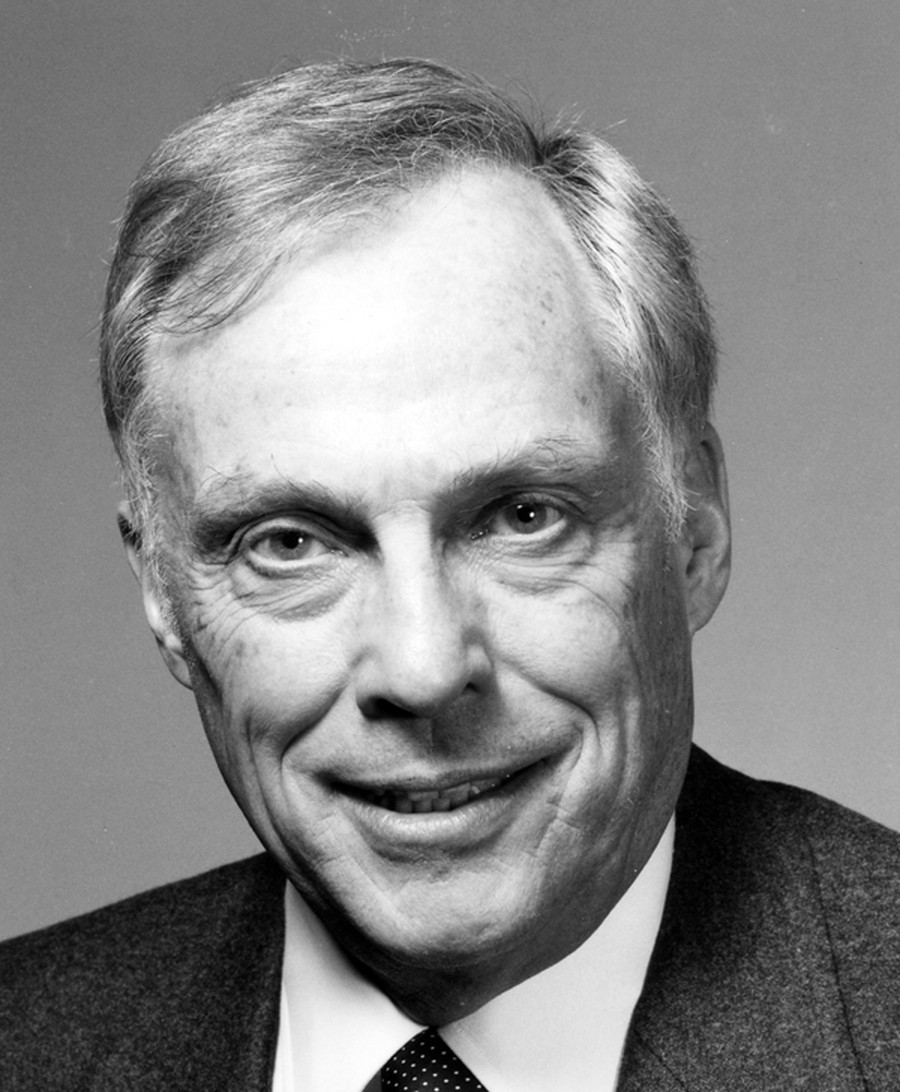 Courtesy of the University of Chicago News Office

Molecular biologist Elwood V. Jensen (Ph.D. ’44), whose award-winning research on steroid hormones advanced the treatment of breast cancer, died from pneumonia on Sunday, December 16 in Cincinnati. He was 92.

Jensen, the Charles B. Huggins Distinguished Service Professor Emeritus in the Ben May Department for Cancer Research, joined the U of C faculty in 1947 as an assistant professor of surgery and later became director of the Ben May Laboratory in 1969. At Chicago, he pioneered the study of steroid hormones, discovering a linkage between estrogen receptors and breast cancer that eventually led to the development of hormonal therapy treatments. These target estrogen-dependent tumors using drugs such as tamoxifen, which essentially inhibits the effects of estrogen to block breast cancer cell growth.

At the time, standard breast cancer treatment involved surgically removing the ovaries or adrenal glands. But after developing a test to detect estrogen in breast cancer cells, Jensen found that only a third of breast tumors carry estrogen receptors, thus allowing doctors today to identify which patients will respond to hormonal therapy and which will need chemotherapy.

“I really admired him,” his former Ben May colleague Shutsung Liao said in a University press release last month. “He was very careful, very serious in how he applied his knowledge of chemistry to biological problems. He opened a whole new field.”

Jensen was nominated multiple times for the Nobel Prize in Medicine and was awarded the Albert Lasker Award for Basic Medical Research in 2004 for his work on estrogen receptors that, according to the Lasker Foundation, “saves or prolongs more than 100,000 lives annually.”

A Fargo, ND native, Jensen is survived by his second wife, Peggy, and two children from his first marriage, Thomas Jensen and Karen Jensen (M.D. ’77).

Memorial services for Jensen were held yesterday in Cincinnati, and the University is planning a symposium in Jensen’s honor next spring.