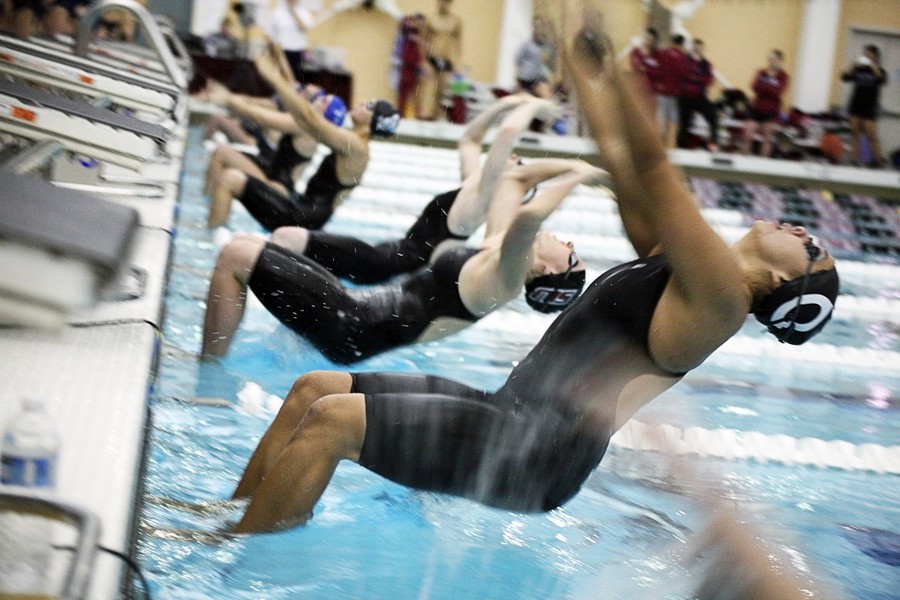 The long winter layoff for the Maroons did no harm, as they swept the Chicago Invitational this weekend with decisive victories on both the men’s and women’s sides. The hosts showed depth in relays and individual events alike, which resulted in domination of the 11-team field.

The women’s team finished first with a whopping 988 points, beating second place Calvin (777) by over 200 points. The men’s team also came out on top with 854 points to second place Olivet Nazarene’s 770.5.

“The Chicago Invite went extremely well for both the men’s and women’s swimming and diving teams,” assistant coach Krista Carlson said. “The real defining moment, in my opinion, was seeing our athletes being able to deliver solid and consistent times without rest. We put people in a mix of their normal events as well as some wild cards, and they responded very well.”

Before major swimming and diving meets, teams often taper, or decrease, the intensity of practices to ensure maximum performance in competition. But the South Siders took a different approach this week. The Maroons practiced hard and still managed to post some of the best times of the season at the Invite without the rest that normally comes with tapering. The intense preparation was particularly noticeable in the men’s 400 IM relay.

“Our A-relay was able to close out a very tight race against Calvin and Olivet Nazarene, despite a challenging week of practice,” fourth-year backstroker Wade Gong said.

On the men’s side, many individuals finished in the top three of their events, despite swimming some events outside of their normal repertoires. One swimmer who really brought the fire was second-year Andrew Angeles.

“[He] posted a national qualifying time in the 200 breaststroke and surpassed his UAA performance from last year in the 200 IM,” Gong said. “He also demonstrated his sprinting ability by breaking the 23-second barrier in the 50 freestyle as anchor on the 200 freestyle relay.”

The women’s team posted impressive finishes in both relays and individual events. The team took first in three out of five relays and second in the other two. First-year Ciara Hu distinguished herself as a swimmer to watch in coming meets after securing two first place finishes in the 400 IM and the 200 breaststroke. Second-year Elizabeth Millen also stood out, bringing home victories in the 100 butterfly and the 1,650 freestyle.

The Chicago Invitational comes at a crucial time during the season, and is used to gauge where the team is at heading into the remainder of their meets. As UAA Championships approach, every meet and practice counts.

“Our victory in the Chicago Invitational gives our team confidence in our ability to perform and be competitive even in challenging circumstances,” Gong said. “In the next coming weeks, we will continue to hone our racing techniques so that we will be confident and prepared for UAAs.”

With top finishes at both the Chicago Invitational and the Phoenix Fall Classic, the team is in good shape looking ahead to UAAs. The UAA Championships will take place on February 13–16 in Chicago’s home waters, at the Myers-McLoraine Pool.

“This victory sets us up well for UAAs and should give the team a lot of confidence heading into that meet,” Carlson said.

Before that, however, the Maroons still have two matchups against talented squads in UW–Milwaukee and DePauw, both of whom defeated Chicago last season. The South Siders will host UW–Milwaukee this Saturday at 1 p.m.