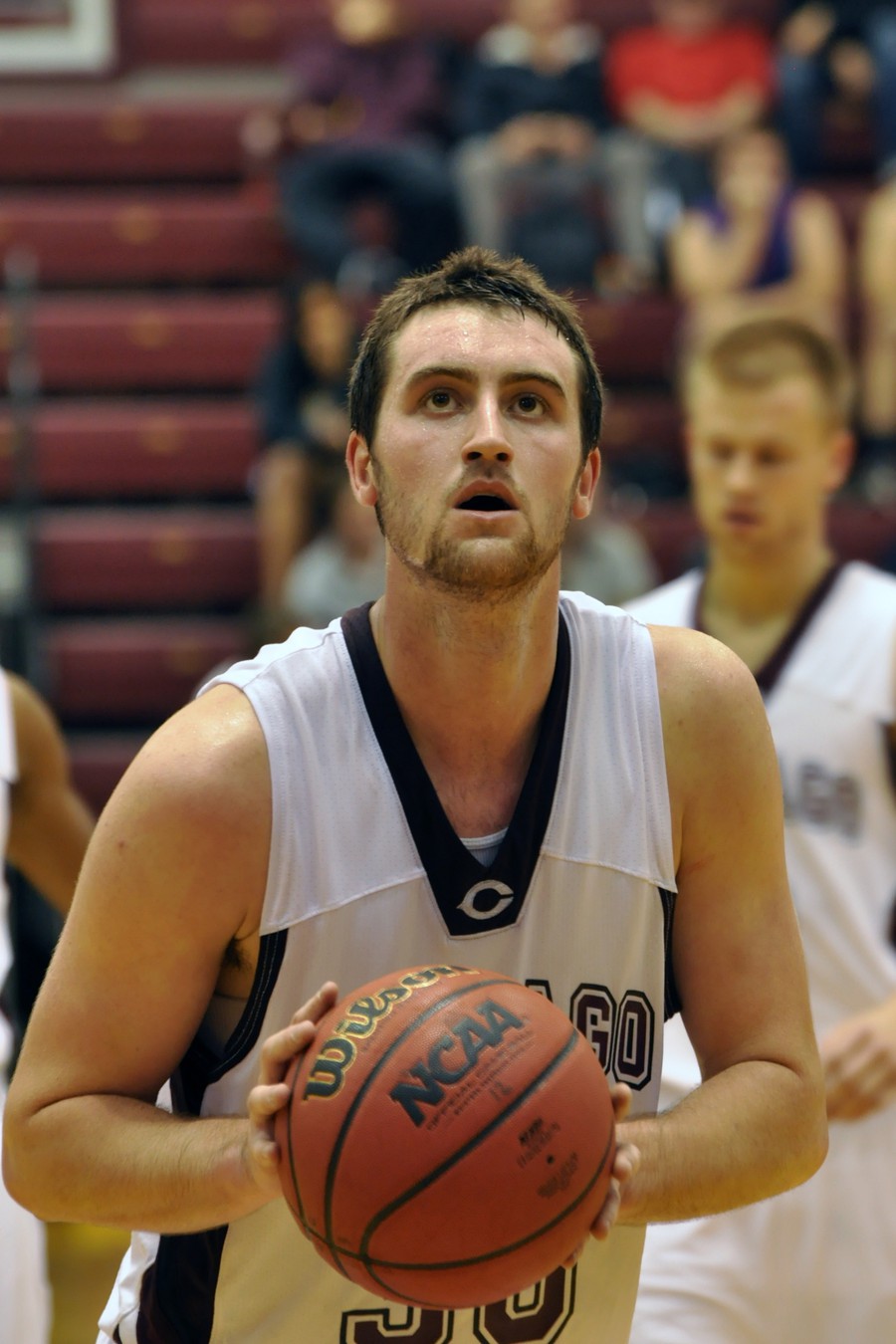 In preparation for Neon Night against Brandeis, the Maroons have been focusing largely on raising their shooting percentage.

Head coach Mike McGrath brought players to the Ratner Athletic Center this week for individual workouts where shooting was key.

“We talked a little bit about how to respond when we’re not shooting well and when things aren’t going well,” McGrath said. “Sometimes you have to toughen up. Sometimes confidence is just something that you have to fight through. Prepare yourself as best as possible, but once you’re there, you’ve just kind of got to gut it out.”

McGrath noted that the raucous atmosphere of Neon Night could help the Maroons’ confidence.

“I think positive energy translates into good things which translates into confidence,” he said. “I feel like if we can get good support [tonight] and a lot of people there cheering us on, the guys will love that, and I feel like that has a positive impact.”

Unlike Rochester, where the Maroons had to contain the Yellowjackets’ fast-paced offense, there is not one key to beating Brandeis.

“I think they’re a little bit like us that way in that there’s a lot of different ways they can come at you, and I think that whatever is going well, they kind of stick with,” McGrath said. “We’ve just got to be ready to play our game and really focus on what we need to do.”

When the Maroons’ shooting is not effective, they rely on second-chance opportunities. For those opportunities to even be possible, first-year forward Nate Brooks has crashed the boards. Brooks leads the team in offensive rebounds with 31 on the season.

However, according to McGrath, Brooks is questionable for tonight’s game. He did not play the previous two games due to back problems.

“He was really fighting through; he’s a tough kid and really working hard,” McGrath said. “We kind of decided that it made sense for him to kind of sit down a little bit and see what we could do with him.”

Against NYU on Sunday, the Maroons face a similar task in comparison to Brandeis.

“They have some balance; they have some very good players,” McGrath said. “They have a lot of different guys that could hurt you. For them, dealing with their offensive structure rather than individuals is kind of a bigger focus for us.”

The Maroons will attempt to have a balanced scoring attack too, with several players bringing a great deal of energy and focus to the game.

“[Third-year forward] Sam [Gage] and [fourth-year forward] Matt [MacKenzie] especially are kind of those focused, work-hard kind of guys,” McGrath said. “[Second-year guard] Alex [Pyper] and [second-year point guard] Royce [Muskeyvalley] are guys who really bring a lot of energy when they play, and I think our guys feed off of that in addition to the steadiness of Sam and Matt. Then, [third-year forward] Charlie [Hughes] is kind of a little bit of both.”

Tip-off for tonight’s Neon Night game against Brandeis is scheduled for 8 p.m. at the Ratner Athletic Center. There will be giveaways including free candy and pizza, along with dance competitions.

Sunday’s home game against NYU is scheduled for noon.