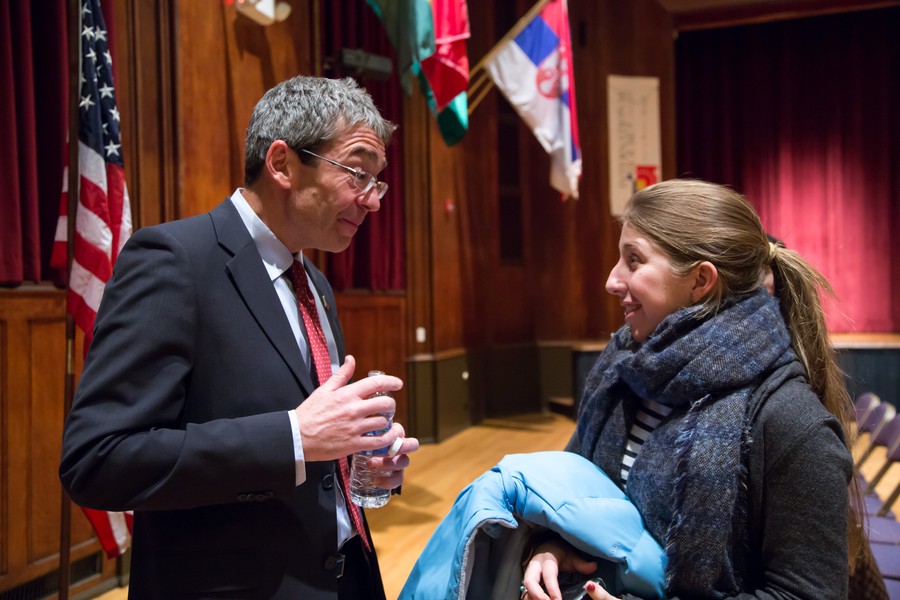 Israeli Consul General Roey Gilad has held positions in Kenya, Jordan, and the United Kingdom. But for the past six months, Gilad has been serving as consul general to the Midwest, providing him the opportunity to reach out to communities he described as “friendlier.”

“Our arguments are better accepted [in the U.S.]....We are sharing more or less the same language,” he said in an interview with the Maroon.

In that regard, Gilad spoke openly about the current state of Israel’s national security, disputes with the Palestinian people, and Israeli-American relations in a talk at International House on Wednesday.

He also expressed pronounced concern over a nuclear-armed Iran.

“If Iran becomes a nuclear superpower, they will not even need to pull the trigger,” he said. “It’s enough that they’ll conduct a nuclear experiment somewhere in the desert to make sure that all hell will break loose for the Middle East.”

Iran wasn’t the only worry on his mind, though. Gilad said that although he considers it “problematic,” he supports a two-state solution to the problem with Palestine, arguing that a one-state solution “might risk the Jewish majority.”

“All the citizens of Israel and all the Jewish people all over the world would like to see one state which is a Jewish state,” he said.

According to Gilad, Hamas is “unwilling but able” to reach a peace agreement with Israel, while the Palestinian Authority is “willing but unable.”

Israeli public opinion is generally favorable toward the United States, Gilad said, and does not change according to the political party of the president. And though he called President Obama “a great friend of Israel,” he indicated that a state visit would be appreciated.

“I do hope he will visit Israel in the coming four years, something that wasn’t done in the last four years,” he said in the interview.

“So you have your headline: Israeli consul general to the Midwest is calling President Obama, ‘Come and visit Israel.’”