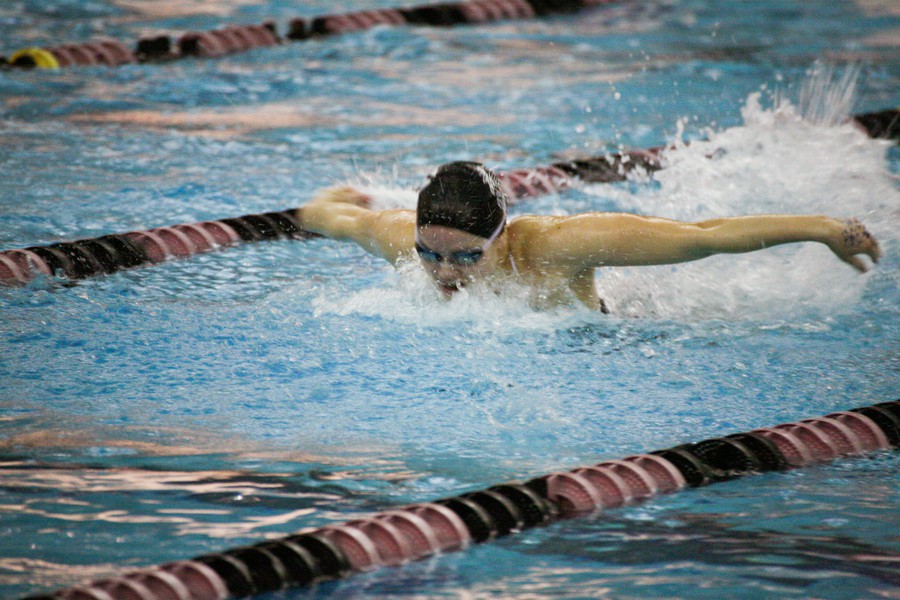 Chicago wasn’t expected to beat the visiting UW–Milwaukee Panthers last weekend, but that wasn’t the Maroons’ primary concern. Despite losses on both the men and women’s sides, both teams were able to log valuable experience against a heavily favored DI squad.

The women’s team closed the meet with a final tally of 116–180, while the men’s team lost by a slightly smaller margin, 130–168. The men’s mark was an improvement over that from last year’s meet.

“As a DI team, they are expected to be relatively quick,” first-year breaststroker James Taylor said. “Although we lost, we came much closer to them than we have in the past.”

The Maroons didn’t expect to defeat the Panthers. Instead, the South Siders viewed the meet as a chance to practice for upcoming meets, and gave a strong performance against some fierce competition.

“Wisconsin-Milwaukee is our toughest competition and they always perform well at our pool,” fourth-year freestyler Kathleen Taylor said. “The meet was great preparation for our team because they are a talented swimming and diving team and competing with them gives our team experience going against the same tough competition that we will see at UAAs and NCAAs.”

The team had many strong showings from both relay teams and individuals. For the second time this year, second-year Andrew Angeles and first-year Ciara Hu were named UAA Athletes of the Week. Angeles took first in both the 100– and 200-yard breaststroke with NCAA B cuts, and placed second in the 400 IM. Hu also achieved NCAA B cuts and won the 200-yard butterfly and the 400-yard IM.

“It’s an honor to swim and dive so competitively with a Division I program,” diving coach Kendra Melnychuk said. “We get closer and closer to beating them every year and we certainly look forward to winning a dual meet against them in the near future.”

With the Milwaukee meet over, the Maroons now turn their attention to their final dual meet of the season. The South Siders will compete against DePauw on the road tomorrow. Last year the women’s side defeated the Tigers, while the men’s team suffered a close defeat.

“Last year, we narrowly lost to DePauw,” James Taylor said. “This year, we want to smoke them. We’re looking forward to hopefully putting up fast times to ensure that we are mentally and physically where we want to be going into our end-of-year championship season.”

With the new first-year class of swimmers, beating DePauw is a reasonable goal. This meet is the Maroons’ last chance to practice before the UAAs, and despite not resting for the meet, the team is expecting to do well.

“Expectations for the DePauw meet are that we win both sides handily,” Melnychuk said. “Their men’s team is historically very strong on the swimming side, but we definitely come out on top in the diving well, which will give us a big advantage. They swim very well at home but we’re excited to show them how much we’ve improved over the past two years.”

The Maroons will face off against DePauw at the Erdmann Natatorium tomorrow at noon ET.