Gangster Squad gets down with the gore-mongers 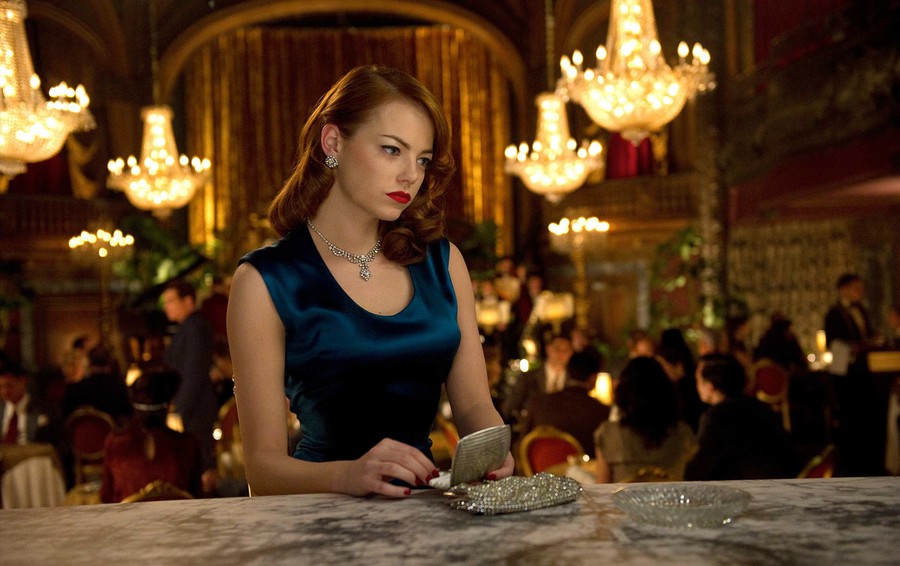 Ruben Fleischer, who, at 38, has a scanty filmography, explores a new genre in his latest directorial effort, Gangster Squad. Rather than illustrating a zombie apocalypse, as he did in Zombieland (2009), or a heist gone wrong, as in 30 Minutes or Less (2011), Gangster Squad is a flamboyant shoot-’em-up action movie entwining romance, family, and camaraderie. Many viewers will agree, however, that Fleischer’s style remains his own. With an ensemble full of reputable stars, Fleischer creates a stylistic world of corruption and struggle against evil, set in vibrant 1949 Los Angeles.

In Gangster Squad, a band of cops, ex-cops, and pointer-shooters gathers to form a six-man justice league to tackle the task of overthrowing a brutally powerful gang, thereby endangering themselves and their loved ones. The film’s heroes are played by Josh Brolin, Ryan Gosling, Anthony Mackie, Giovanni Ribisi, Michael Peña, and Robert Patrick, who together form a well-balanced coalition of rebels. The war is on, but the film does not always make it easy to separate the good from the evil. Fleischer blurs such distinctions; any sort of absolute is nonexistent. Every character in the Gangster Squad world is tainted with blood and violence—even the film’s heroes are merciless killers.

It’s still easy to spot the arch-villain of the film. Mickey Cohen, played by the chameleon-like Sean Penn, is the gang’s heartless leader who continues to seek expansion of his cruelty and control. Cohen calls himself “God” and “owner” of Los Angeles, narcissistic in his acknowledgement of his power. Still, he is greedy for more: He pokes at other gang-regulated cities like Chicago after monopolizing L.A.

Sean Penn perfectly absorbs the character of a menacing on-top criminal. Every one of his intonations consolidates and strengthens his representation of all that is brutal in the film. Near Gangster Squad’s conclusion, however, character intersects with caricature; the effect, despite Penn’s talent, is much too overdone and thus comical, but perhaps this is what is most charming about the auteur Fleischer’s style. I might even argue that the several occasions of deus ex machina in the film are excusable because of this exaggerated style.

Turning to the romantic side of the film, Ryan Gosling plays Sergeant Jerry Wooters, and gives an exceptional performance as the charming, ignorant cop turned violent, vengeful lover. His performance, however, is limited by the cheesiness of his character. As expected, he is the heartthrob at the center of the clichéd romance, playing the chivalrous knight to Grace Faraday (the stunning Emma Stone). The romance between Jerry and Grace develops rapidly but adequately, so that it does not seem forced. The chemistry between Gosling and Stone, who have already worked on a few films together, is natural and still exciting to watch.

As in Zombieland, Fleischer packs his movie with exciting action sequences and, most importantly, violence. Violence is so common and lightly taken in Gangster Squad that the audience is quickly desensitized to death and gore. Some horror-mongers may argue that the film does not include too much violence, but I was disturbed by the unnecessary excess of bloodshed throughout the film. The important distinction that the ones being murdered are humans and not zombies may be why I had a more difficult time accepting the desensitization of violence. Gangster Squad is stylish and fun, but I inevitably ponder whether this film might have been more enjoyable without the gore.