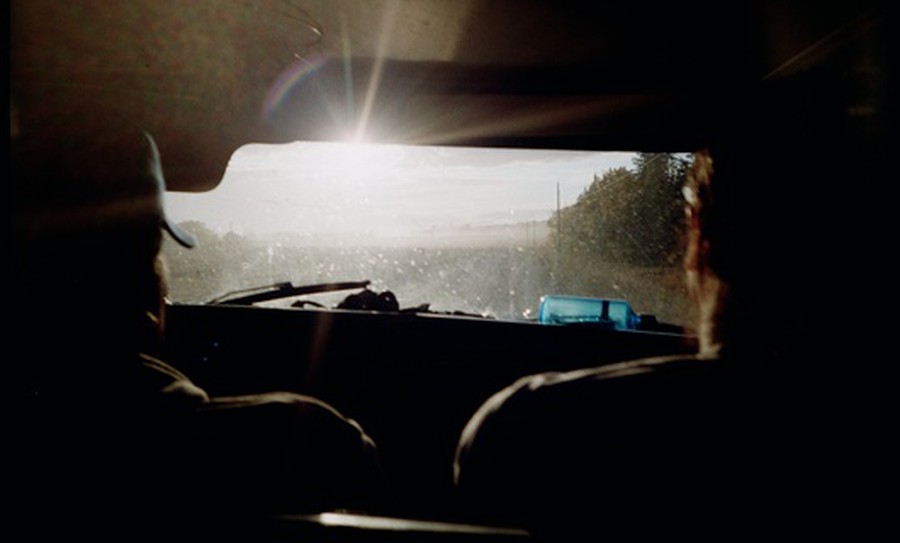 It’s not uncommon for cultural heritage to influence an artist’s work, but for Canadian artists Brian Jungen and Duane Linklater, their Native–North American roots appear in their work as its driving force. Their 2012 film Modest Livelihood, on display at the Logan Center Gallery, documents a moose hunt in the Canadian wilderness, a historically necessary and sacred act for their respective native tribes. In an Artists’ Talk at the Logan Center’s Performance Penthouse on Wednesday night, Jungen and Linklater conveyed the specific ways in which their ancestry inspired their collaborative work.

A 2005 film showing Jungen in a group dismantling leather couches played during the beginning of the talk while Jungen read out a seemingly unrelated history of treaty relations between the Dunne-za tribe and the Canadian government, describing the continuous displacement and relocation of his people to reservations while the European-descended Canadians sought their territory and resources.  The film, initially vague, featured an industrious group methodically destroying couches and reorganizing the leather, stuffing, and wood. However, the purpose was eventually made clear: Jungen and his group were building a traditional teepee entirely out of the couch materials.

“I wanted to take it back to what leather hides were actually used for by my ancestors, for habitation,” Jungen explained.

Linklater then showed a brief PowerPoint explaining his personal interests that formed his journey of cultural self-discovery. The images he chose included a photocopy of the original Treaty No. 9 of Northern Ontario, which established relations between the Canadian government and the Omaskêko Crees in 1905, as well as a photograph of a contemporary tribal representative on a hunger strike outside the Ontario parliament building in the hopes of discussing current treaty relationships with the government.

Naturally, the talk also centered on Modest Livelihood, and many audience members were curious about the artists’ decision to leave the film completely silent. Apart from focusing the viewers on the actions of the film, Jungen also explained that many personal conversations had taken place between Jungen and Linklater throughout the filming, and withholding the audiotrack was a way for them to protect some of the sacred information of their ancestors discussed during the hunt.

While the film can be arresting for those not connected with Native culture, Jungen and Linklater confessed that in some respects the profundity of the film was lost on their own families. “For them, it’s like a home movie,” Jungen explained.

Regardless, the film is less about a specific set of frames and more about one’s personal experience while watching it. “There doesn’t have to be a distinct beginning or ending, and people are free to leave any time during the film,” Jungen said.

The individual reactions to film, with varying patterns of engagement and disengagement among viewers, were particularly interesting to Jungen and Linklater during the screening of their first film. “For most of it, I ended up watching the people watching the film,” Linklater laughed.