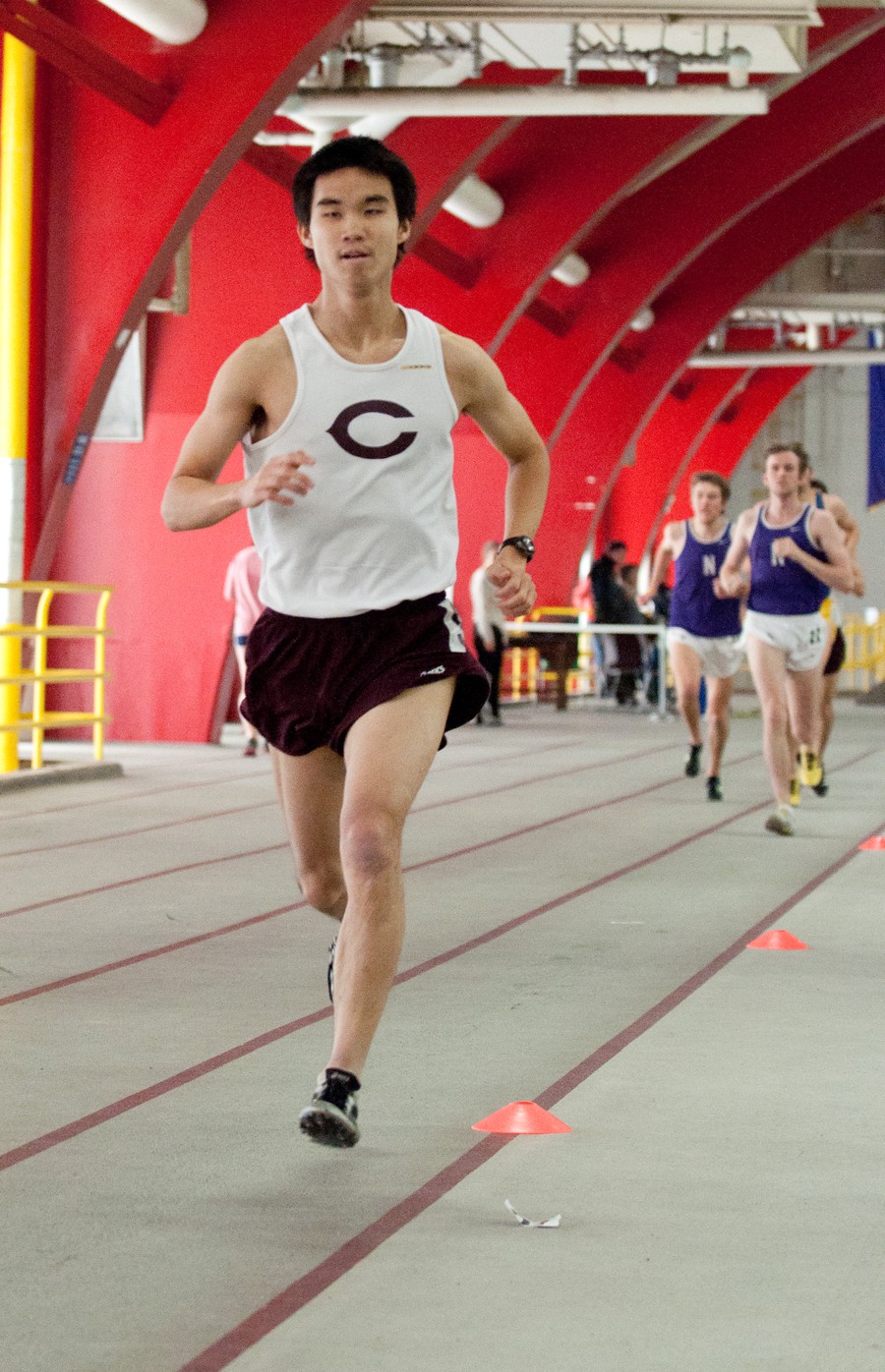 The Maroons went undefeated at the Chicago Duals, going 11–0 on both the men’s and women’s sides. The level of competition that assembled at Henry Crown this past weekend, however, did not compare to that of previous weeks.

In the field of 12 teams, the men demolished every other squad they faced. Their narrowest margin of victory came against the Northwestern Track Club. That margin was still 52 points wide.

“I felt the team did very well this weekend compared to the competition we were up against,” first-year Michael Bennett said. “A lot of the members of the team, myself included, are capable of better times and marks than we got this past weekend.”

Bennett captured first place in the pole vault, with a height of 4.28m.

“It felt great to be able to win this past weekend, but I still have plenty improvements to make in the next few weeks,” Bennett said. “The transition from high school to college sports was not the easiest, but it really isn’t an issue anymore now that we’re in season.”

“We competed pretty well considering that most of our competition came from racing against each other,” third-year Michaela Whitelaw said. “It was the end of the beginning of our season. From here on, the competition only gets better.”

Whitelaw also had a strong meet, finishing behind only McDonald in the 800m run.

The South Siders recognize they will have to improve steadily if they want to compete with higher-powered squads later this year.

“Our goal is to win the UAA this year,” Bennett said. “We went up against Washington University earlier this year and did very well, and they are usually the team to beat in the conference, so we have a good chance to win.”

In order to achieve this goal, the Maroons will have to get healthy in all aspects. Injuries have plagued both sides in past years and drastically affected their ability to collect points at contested meets. However, the Maroons have the young talent to provide the needed boost later in the season when injuries normally strike.

Furthermore, while track and field may appear to be an individually-oriented sport, the South Siders know they need to come together as a whole to win.

“We need to develop the team mindset further. There are a lot of young talented members on this team that really need to be integrated into the squad,” Whitelaw said.

The Maroons have a little less than a month before they travel to Cleveland to compete in the UAA Championship. This weekend, they will have the opportunity to compete against top squads such as host UW–Whitewater (ranked fourth in the nation) and UW–Oshkosh (ranked first) at the Warhawk Classic. That meet will offer a yardstick for where Chicago’s athletes are competitively at this point in their season.

“We’ve had a bit of a lower key up [season] until this point,” Whitelaw said. “It’s time to step up our level of competition.”