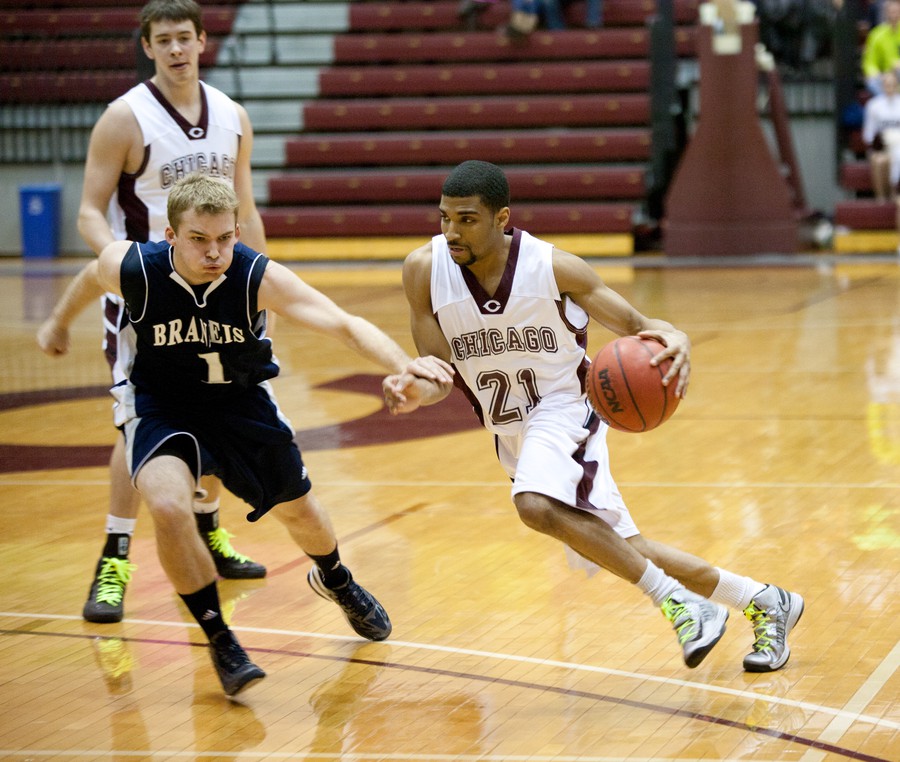 The Maroons will go up against a pair of very familiar teams this weekend—Case and Carnegie.

Now, the Maroons will look to redeem themselves with the crowd on their side.

Third-year forward Charlie Hughes, who averaged 13 points and five rebounds in the last two games, will look to provide a spark for Chicago on both the offensive and defensive ends.

“Charlie’s a very, very, very competitive person, and he brings that to the floor every time he plays, whether it’s practice or games, and that’s something that helps our team quite a bit,” Chicago head coach Mike McGrath said. “He’s starting to figure out how to channel those things and where to direct them and where his focus is.”

A point of emphasis for the Maroons will be crashing the boards. With first-year forward Nate Brooks’ minutes limited due to back problems, Hughes, third-year forward Sam Gage, second-year forward Ian Joyce, and fourth-year forward Matt MacKenzie will need to have a strong showing on the glass. Brooks averages 4.8 rebounds per game on 18.4 minutes per game.

“[Brooks is] progressing well,” McGrath said. “The doctors have said there’s nothing structurally wrong. It’s just some soreness as a result of a lack of core strength, and he’s got to do some stretching and flexibility and strength training to kind of alleviate that.”

Third-year guard Derrick Davis, who averaged 3.7 rebounds per game last year on 16 minutes per game, has been plagued by injury all season. After recovering from a foot injury and playing his first game on December 28, Davis broke his collarbone at Emory on January 13, just five games back from injury.

As a team, playing the same opponents as last week adds a sense of familiarity in terms of scouting.

With the Maroons’ having a small chance at a UAA title, as they are currently tied in sixth, McGrath looks at the rest of the season as a time for his young team, with only one senior, to grow.

“Obviously, our challenges are ahead of us in terms of our record and things like that and what we can accomplish this year, but one of the advantages of having a young team is that these guys are going to be together for a long time,” McGrath said. “So every day we work, get better; it’s a step in the direction for some guys who are going to spend some time together.”