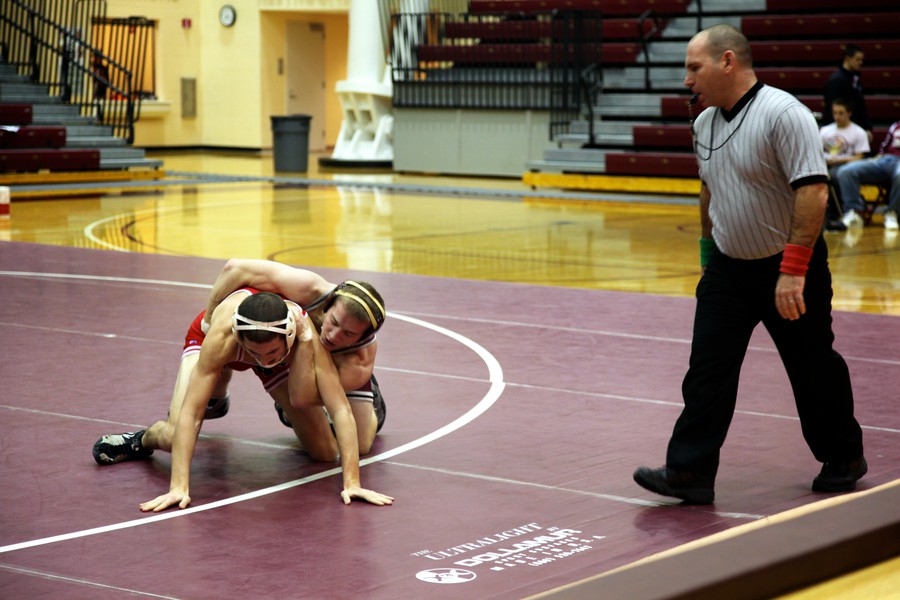 Thirty-two teams will be competing today and tomorrow, including Augustana, Knox, Elmhurst, and Wheaton—all schools the Maroons have faced this season.

Chicago wrestled against Wheaton in the Maroons’ opening match of the season and came out victorious, 24–21. Both teams have developed since then, but head coach Leo Kocher still sees room for improvement.

“We need to pick it up in preparing for our remaining competitions,” said Kocher, following the Elmhurst Invitational. “We still have not put [forth] our best effort on the mat, and we need to going forward.”

Kocher also referred to the Wheaton Invitational as “one of the toughest Division-III tournaments in the nation.”

This season, the Maroons have been led by fourth-year Joeie Ruettiger (141 pounds), third-year Sam Pennisi (184), and second-year Mario Palmisano (197).

Ruettiger has received non-stop praise from Kocher this year, and rightly so, leading the charge in each of Chicago’s four victories this year. In addition, Ruettiger wrestled well against a competitor from nationally ranked, D-I Oklahoma University at the Midlands Tournament on December 28–29. Ruettiger also swept his weight class at Elmhurst two weeks ago, taking first place.

Pennisi was also one of the three Chicago wrestlers to compete at Midlands. He finished at third place in his class at Elmhurst.

Palmisano has emerged as one of the dominant forces on this Maroon squad after being named UAA Rookie of the Year last season. Impressively, he hasn’t lost a match since the Concordia Open on November 17, where he still performed well, entering the contest as the seventh seed and finishing fifth.

Palmisano spoke confidently about his individual approach this weekend.

“I am going into this weekend trying to focus on exploiting my full potential,” he said. “When competition comes around on Friday, there is nothing to do but let the training take over. If I wrestle at the best of my ability, minimizing mistakes and capitalizing on opportunities, then I will be happy, even if that means not taking first. All I can ask of myself is to lay it all out there and hold nothing back.”

As of late, second-year Ryley Hankenson (174) has also come on strong, going undefeated at the Knox Duals (January 5) and at Elmhurst. Along with Ruettiger and Palmisano, Hankenson claimed first prize in his weight class at Elmhurst.

The Maroons begin the two-day tournament today at Wheaton at 11 a.m and continue tomorrow at 9 a.m.