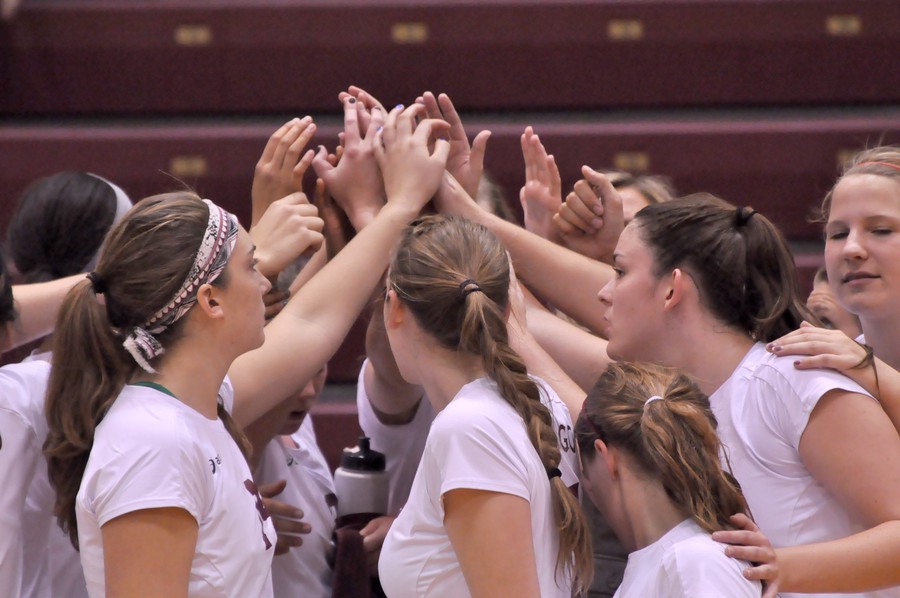 This weekend, women’s volleyball will face one of its biggest challenges of the season.

The Maroons will play four matches in two days against some of the best teams in the country.

“This weekend is going to be a tough weekend for us. We have known it from the beginning of the year, and we have been constantly preparing for it,” said head coach Vanessa Walby.

Starting on Friday night and continuing into Saturday, the No. 15 Maroons (14–5, 3–0 UAA) will be visiting No. 1 Calvin College (18–0), this year’s host of the Midwest Volleyball Challenge. Chicago will be one of only nine teams to compete at the Challenge.

The South Siders will play Heidelberg University (10–9) first. Even though Heidelberg has the weakest record of any team that Chicago will face this weekend, Walby is not taking the competition lightly.

“They play in a difficult conference and have the ability to beat anyone,” she said.

Bethany College (17–4) and Clarkson University (17–4), the next two teams that the Maroons will see in the tournament, have both had strong seasons so far. Chicago has never played Bethany, but is somewhat familiar with Clarkson.

“Clarkson was in the Elite Eight last year…so they should be pretty good competition,” said fourth-year setter Nikki DelZenero.

Following their sweep of the UAA Round Robin last weekend, the Maroons are looking to continue their run in the upcoming tournament.

“We’ll need to play consistently and aggressively this weekend, no matter who’s on the other side of the net,” DelZenero said.

Chicago’s last game of the weekend will be against the highest-ranked team in the country.

“[Calvin is] big and extremely competitive,” Walby said. Still, she stressed that Chicago wouldn’t change its approach. “Our whole season hasn’t been easy. We are going to prepare just the same as we normally do.”

The Maroons will be focusing on their games one at a time, but they are confident about their chances.

“If we hit as effectively as [we did] last weekend, we should be in good shape,” DelZenero said.

DelZenero, who was named UAA Athlete of the Week this week, and fourth-year middle blocker Maggie Vaughn starred in Maroon victories at the UAA tournament last weekend. They will need to be at the top of their games again this weekend if the South Siders are going to have a successful Challenge.

Chicago is trying to earn a spot in the NCAA tournament this season, and good play in the Midwest Volleyball Challenge would be a big help. Success this weekend will hinge largely on the Maroons’ ability to play as a unit, and Walby is sure about this aspect of her team.

“Everyone is pushing each other in practice, playing their role, having fun, and working hard together as a group so that we can win as a team, not as individuals,” Walby said.

The Maroons’ first game in the Midwest Challenge, against Heidelberg, is scheduled for today at 1 p.m.