Defense earns tie against No. 1 Wheaton, No. 8 Emory next 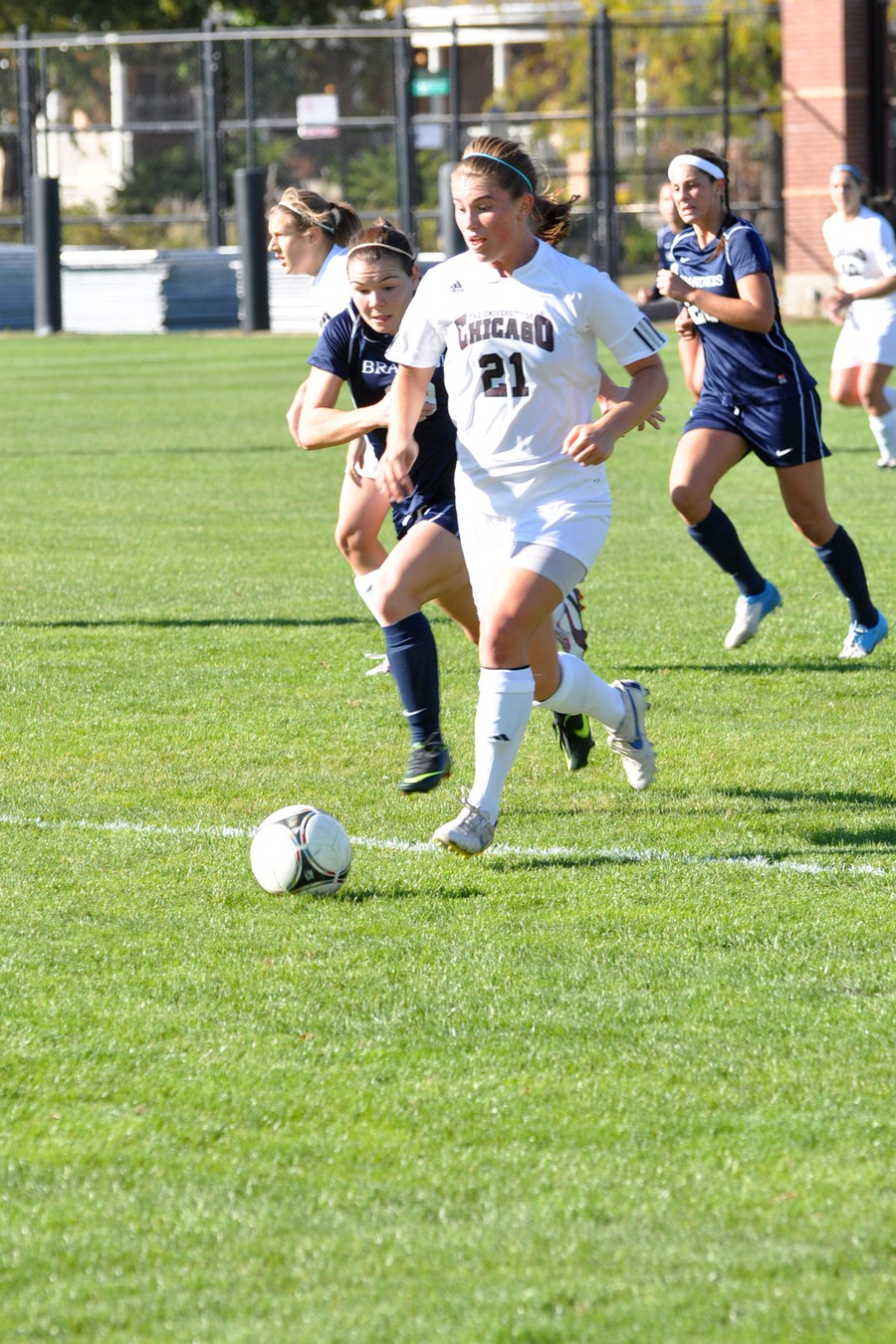 Chicago’s defense was put to the test for the second time in the past two weeks on Wednesday. Once again, it proved its fortitude, withstanding an offensive onslaught from the No. 1 team in the country.

In a match that the Thunder dominated, recording three times as many shots as its opponent, the Maroons (7–2–2) managed to hold No. 1 Wheaton (11–0–1) to one goal through double overtime to end the game with a 1–1 tie at home.

“Wheaton is an excellent team, and we just tried to stay organized and looked to tackle and disrupt their attack whenever possible,” Reifert said. “We put some great pressure all over the field and did not give them many great looks at the goal.”

While it was Wheaton that controlled the tempo for most of the match, Chicago applied pressure first and took the early lead. The Maroons’ first and only goal of the game came from fourth-year midfielder Micaela Harms, tallying her fifth goal of the season. Harms scored unassisted with a shot from the top of the box seven minutes into the game. The South Siders held the lead for the first half, although Wheaton held the shot advantage with 12 to the home team’s four.

The Thunder scored its only goal of the game in the 68th minute to tie the game at 1–1. Wheaton had the ball in the back of the net again with eight minutes left in the game, but the goal was disallowed because of a foul on the Maroons’ goalie, third-year Jacinda Reid.

Wheaton racked up 27 shots on goal to Chicago’s nine. Reid had her best performance of the season, with a career high of 18 saves.

“Jacinda was tremendous in goal and made outstanding saves to keep the game even in the second half,” Reifert said. “[Second-year] Nicole Mullen and Micaela [Harms] were terrific in their defensive work.”

Next, Chicago will face No. 8 Emory in its second conference game of the season. The Eagles hold a record of 7–3–1 this season and are traditionally stingy competition for the Maroons.

Last year, Emory defeated the South Siders 2–1 in a close contest on the Eagles’ home field. This year, the Maroons will hold the home-field advantage. However, Emory should prove a difficult opponent and will have a lot to play for after losing its opening conference game of the season 2–1 to Wash U last weekend.

“Emory is also a very talented team who is great in the air on 50/50 balls, very dangerous with their forwards up top, and seasoned with some outstanding defenders in the back,” Reifert said. “It should be another great game.”

The Maroons kick off against Emory at Stagg Field tomorrow at 1:30 p.m.