Frankie and Franz light the stage at Vic Theatre

The band Franz Ferdinand, of “Take Me Out” fame, played last Thursday to a crowd of over 1,000. Thrilled by a full house, dance-rockers Franz Ferdinand performed v-jumps, body rolls, and partial stripteases. 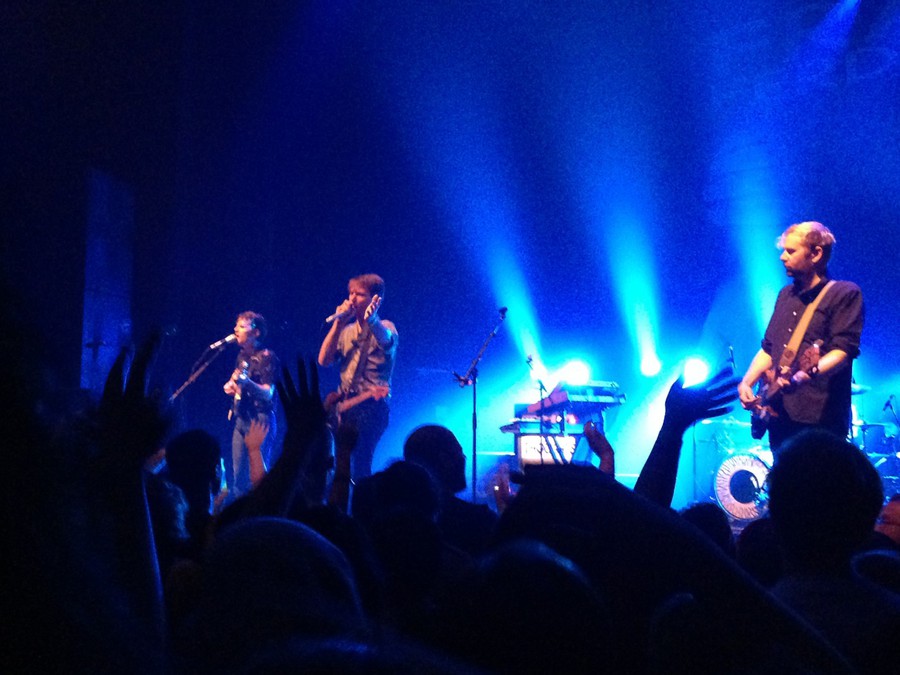 On Thursday, Lincoln Park’s Vic Theatre attracted a crowd of dance rock–loving people. The audience consisted of people of all ages and styles. The dance rock group that brought all these people together was the Scottish four-member band Franz Ferdinand. Although the band released their latest album, Right Thoughts, Right Words, Right Actions this past August, throughout the concert they played a number of songs from previous albums, which were particular hits with the audience. A few that stood out were “Do You Want To,” to which the audience enthusiastically sang along, and “Take Me Out,” which instigated a jumping craze that swept the entire venue. Although songs from previous albums were definitely more appreciated by the audience, “Evil Eye” and “Love Illumination,” both tracks from the recent album, were also very well received.

The Vic Theatre, which opened in 1912 as the Victoria Theatre, was a perfect location for the Franz Ferdinand concert, accommodating a maximum of 1,400 people. Around seven, people started gathering around, and Frankie Rose, who was opening the show, started playing at half past seven. While Frankie Rose and her band were playing, it was hard to decipher what the overall stage setup looked like because of the mellow lighting. But once Franz Ferdinand came onstage, one saw that there were a number of amplifiers stacked on top of each other on either side of the stage, and the freestanding amplifiers read, “Thoughts, Words, Actions,” in the album’s characteristic pink and black font. The stage lighting changed for every song, which is quite typical. But what is less usual for rock concerts was that even while every member of the band was playing his instrument, the lights would occasionally focus on an individual band member who was not performing a solo, leaving even the lead singer, Alex Kapranos, out of the spotlight on occasion.

The band members themselves kept the audience very entertained. Kapranos did several of his famous “V-jumps” while playing the guitar, and Nick McCarthy, who plays the guitar and synth, sported an Elvis Presley hairdo and occasionally broke into body rolls while on the synth. McCarthy and Kapranos were the two more active band members on stage. At one point both of them climbed a platform and stole the attention away completely from the other two band members (Paul Thomson on the drums and Bob Hardy on the bass guitar). Thomson unbuttoned his shirt at an early point in the concert, and Bob Hardy, who had significantly less stage presence than his fellow band members, invoked curiosity by his contrastingly calm behavior onstage.

Arguably the most exciting part of the concert occurred when all the band members started playing percussion. The audience members did not expect it, and it blew their minds! It’s moments like these in a concert when you realize how accomplished a band is. Not only can they work together while playing their separate instruments, but they can also create amazing rhythms while playing an instrument meant for only one person as a group. With this trick and with their overall stage presence and performance, Franz Ferdinand left the audience ecstatic.