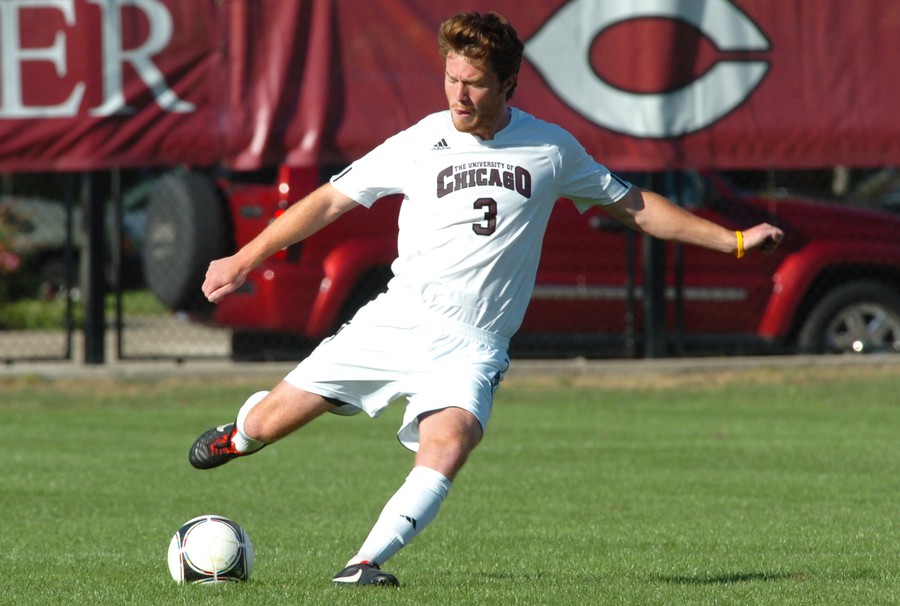 Against a patient and unrelenting defense, the South Siders (6–1–3) suffered their first UAA loss against Emory (8–3–1) in a 2–0 match on Saturday at home.

Coming off a conference win against Carnegie (8–2–1), the No. 23 Maroons hosted the visiting Eagles. Starting the game strong, Emory put pressure on the South Siders and held control, putting the ball in first with a header. Chicago looked to respond but couldn’t convert a few good looks as Emory headed in another at the 75th minute to seal the win.

From the beginning, the Maroons looked troubled.

In a unique style of play, the Eagles disrupted the Maroons’ offense by putting their entire team behind the ball to play behind the Chicago defense.

“They’re not running three to four guys at the ball to pressure it and run it right away. After they lose it, they’re comfortable sitting in their shape and waiting until we make mistakes, and then they can counter and get a quick ball in from behind,” Babst said.

As the first half progressed, the game slowly began settling down into a defensive battle. Emory got on the scoreboard first off a header from a long throw-in 38 minutes into the game.

“I thought we defended it [the throw-in] well 95 percent of the time, but gave them too many opportunities with that. It’s something we practiced defending all week, and we did a good job with it every time but the one,” Babst said.

Undeterred, Chicago went out in the second half looking to establish an offensive mindset. The game opened up as the South Side playmakers began generating more opportunities. Emory’s goalie also stepped up his performance, garnering a season-high five saves and making several close plays at the 0-1 mark.

In the 75th minute, Emory sent out a long cross against Chicago’s defense that was put in off a flick header. The Maroons continued pounding away at the Eagles’ defense, but were unable to find the back of the net as the clock expired.

Though they suffered a loss, their spirits haven’t dampened.

“We are just beginning our conference games, and have been ranked in the top 25 on and off throughout the season,” said fourth-year midfielder Sawyer Kisken. “Hopefully, we can take care of business this weekend and get some wins.”

The Maroons look toward getting a shot against the top team in the UAA as they host Rochester at home this Friday, with the action starting at 5 p.m. on Stagg Field.