What's in a name? The rapper Terrence "Pusha T" Thornton showcases a talent so huge it sometimes eclipses the work of other producers and collaborators on My Name is My Name, his full-length release. 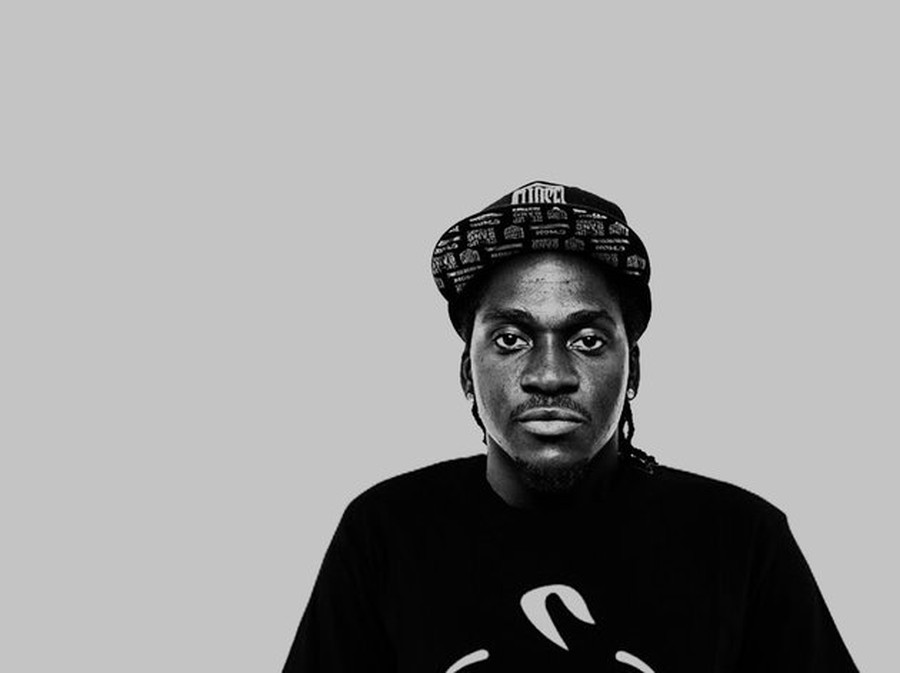 Courtesy of Courteys of Prefix Mag

The rapper Pusha T’s major label debut, My Name is My Name, is his first full-length release since his group Clipse was effectively dissolved in 2010. Clipse closed shop so that the brothers composing it, Terrence “Pusha T” Thornton and Gene “No Malice” Thornton, could pursue solo work. Pusha then signed to Kanye West’s record label GOOD Music. At first, the new collaboration seemed to be a very odd combination—GOOD Music’s most notable artists have included John Legend, Common, and Kid Cudi, a far cry from the biting street rap of Pusha T. After the release of Kanye’s Yeezus, though, the pairing began to make perfect sense. Pusha T’s malice and history as a cocaine dealer make a lot more sense in the context of the GOOD Music of 2013 than they would have in the label’s 2010 incarnation.

While Pusha has been very active since he signed to GOOD, his music has felt somewhat devoid of real purpose. He released a mixtape called Fear of God in 2011, followed up with an EP called Fear of God II: Let Us Pray a few months later, and was prominently featured on the GOOD Music compilation Cruel Summer the following spring. The Fear of God series, while promising, was a definite step back from the heyday of Clipse. While Pusha’s work on Cruel Summer was stronger, it was limited in scope—his only song with more than a single verse was “New God Flow.”

With the release of My Name is My Name, though, things have changed. Although Pusha’s earlier solo work has been released on the GOOD Music label, this is his first full-length album to be produced by Kanye. The difference that Kanye’s production has made cannot be overstated. This is the album that fans have been anticipating since Pusha joined GOOD, and it fulfills much of the hype that Kanye has been building leading up to its release.

From the album’s opening, the producer’s influence is immediately evident. “King Push” includes the same samples that were featured in Kanye’s “New Slaves,” and builds a darkness that is uncompromising and all-consuming. Kanye’s work here is minimal and haunting, and it works to reveal just how nasty Pusha’s flow can get, even though he almost never raises his voice on the album.

When the focus stays on Pusha, the album is wildly successful. By contrast, the guest spots that mark the middle third of the album are full of missteps. It’s telling that these tracks are the only ones that don’t include production from Kanye. For an album tasked with building a distinctive identity for Pusha, most of the features do little more than distract from his trademark rawness. Kelly Rowland’s guest spot on “Let Me Love You” is particularly incomprehensible. If Pusha is going to put out an album that makes a statement, it has to be unified. The questionable features on the album create thematic divisions which distract from Pusha’s strengths, rather than enhancing them.

That’s not to say all the features on the album are out of place. Kendrick Lamar’s verse on “Nosetalgia” is a natural extension of the themes of My Name is My Name, and introduces a lyrical juxtaposition that is a great example of how a feature should work. Kendrick’s harrowing tale of his father’s descent into crack addiction juxtaposes Pusha’s experience dealing massive amounts of cocaine from a very young age. The verses combine to hint at the regrets that Pusha holds about his former life, a theme the rapper introduces earlier in the album with “Numbers on the Boards,” rapping, “Ballers, I put numbers on the boards / Hard to get a handle on this double-edged sword.”

From time to time, My Name is My Name even shows flashes of true brilliance. When Kanye or Pharrell Williams are in the producer’s chair, they’re able to provide Pusha with the guidance he requires in order to succeed. When the production is handled by the host of other producers that work on the middle of the album, the result illustrates how much of a difference having a great producer can make—and not in a good way.

Tracks like “Numbers on the Board” and “King Push” make me wish for a true Pusha T solo album, one that hands out features with more diligence. The successes on My Name is My Name are bigger ones than Pusha has achieved in years, but they make the mistakes all the more frustrating. If Pusha’s departure from Clipse is to signify him reaching his full potential, it will need to be with like-minded artists who are able to expand upon his vision rather than simply exist beside it.