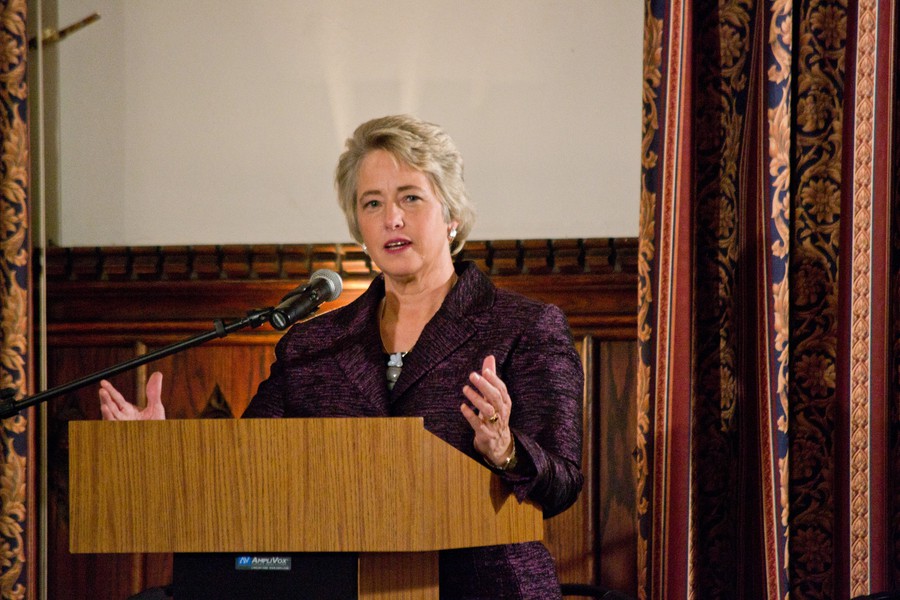 The first openly gay person elected mayor of a major American city called for LGBT individuals to first make peace within themselves in order to connect with their opponents during a lecture on diversity in Ida Noyes Hall last night.

Houston Mayor Annise Parker spoke about her experiences in becoming the openly gay mayor of the fourth largest city in the United States as the keynote speaker for the University’s diversity awareness campaign, RISE: Reflect. Intervene. Speak. Engage. She is running for a third term this fall.

“People are still astounded that you can be a successful politician and live in a way that addresses the world with honesty and integrity in terms of who you are as a human being,” Parker said.

Parker empathized with the current generation of gays and lesbians, sharing her own trials regarding life as a lesbian.

“I have been constantly dealing with being gay since I was 15 years old,” she said. “That’s 42 years of times when I struggled or hurt, was afraid, or hurt myself. And I did all of these things.”

While Parker acknowledged that the world has changed greatly since her adolescence, she pointed out that LGBT youth suicide continues and questioned why this epidemic still persists, despite so much positive change.

Parker proposed that firm opposition to LGBT rights is the reason why the message of acceptance fails to resonate. She said that to be able to convince opponents to change their thinking, members must first find strength in their own identities.

Though she has received national attention for being a political leader for LGBT rights, Parker said she wants to be recognized not just for her status as a high-ranking gay politician but also for her political acumen.