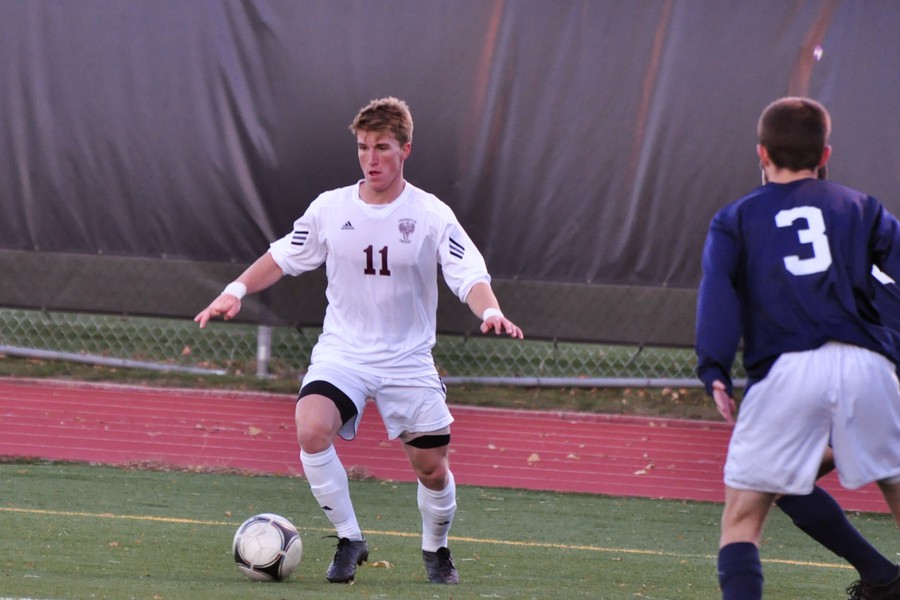 After last Saturday’s loss against Emory (8–3–1), the Maroons (6–1–3) will now face the Rochester Yellowjackets (9–1–1) in a game that could solidify a spot near the top of the conference or drop their UAA record to 1–2–0.

“[Rochester is] the only team that’s 2–0 in the league right now. They’re a mix of some veteran guys, and they’ve got some younger guys that are doing really well, some freshmen that have stepped in and played well so far,” head coach Mike Babst said.

The South Siders are coming from a game against Emory in which they outshot the Eagles but were unable to deal with a patient defense that put their entire team behind the ball.

“Our last game was a little of a setback attacking. We lacked urgency in certain situations and chemistry as far as multiple guys understanding when the attack was on. Hopefully we’ll be able to attack with a lot of speed and be more decisive and create a lot more opportunities than last Saturday,” Babst said.

The Maroons will be facing a high-pressure team that hasn’t lost its past eight games and is undefeated in conference play.

“I think it’ll be a good atmosphere for our guys, and in this league every game is a great challenge and a great opportunity to make a statement and solidify ourselves as a team that can contend for the conference championship,” Babst said. “We just have to earn every inch of it, and Rochester is one of the better teams in the country.”

The Maroons experienced the Yellowjackets’ offense last year, when they played Rochester on the road and were outshot 20–4 en route to a 1–4 loss. Most of the No. 19–ranked team returns this year, with four fourth-years and 12 third-years on the field playing for the Yellowjackets.

In a season that has been characterized by playmaking and ball movement, Chicago is looking to avenge last year’s defeat and contend with the offense by keeping the ball out of that pressure.

“They are going to look to press. We’re going to play to our strengths by moving the ball quickly so they tire early, and then we’ll try to pick them apart. Just as with Carnegie, the other [fourth-years] and I are 1–1–1 against them, so we have another rubber match on our hands,” captain and fourth-year defender Adam Shamlian said.

The action kicks off at 5 p.m. today at Stagg Field under the stadium lights.