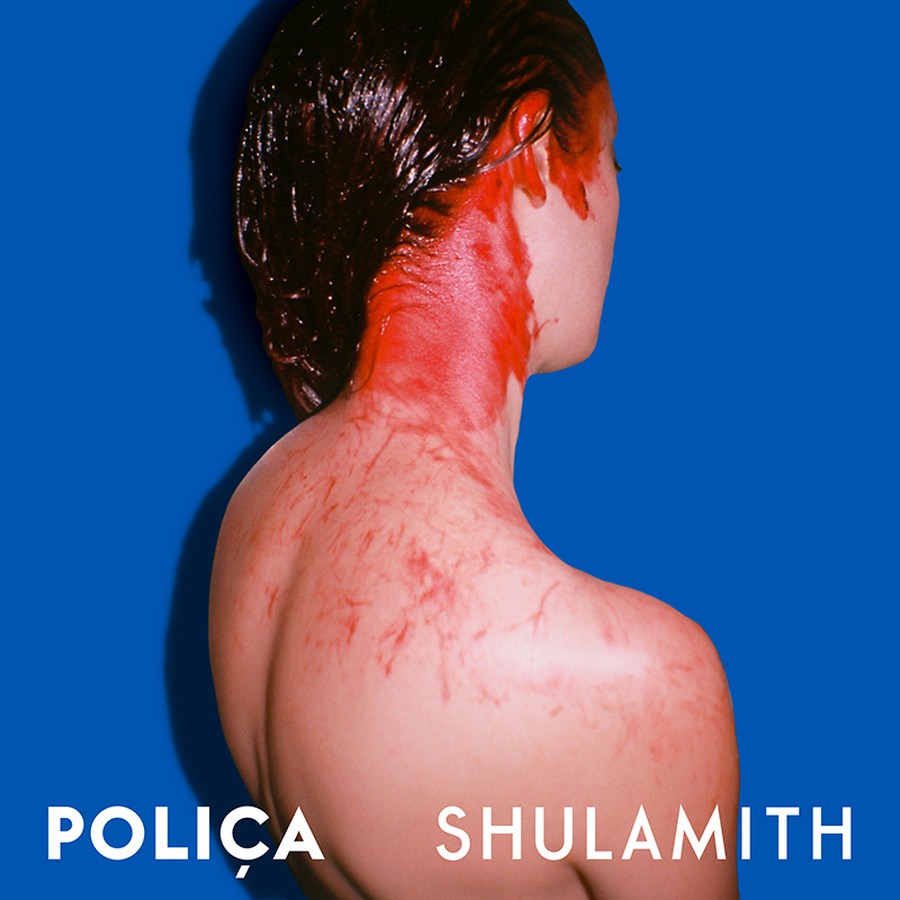 After the vocalist Channy Leaneagh’s first band, Roma di Luna, broke up, and after her collaboration with the indie soft rock collective Gayngs, the group Poliça formed in 2011 with considerable hype in the Minneapolis and Midwest music scenes. Even before it had put out a record, Poliça’s reputation preceded it because of Leaneagh’s prolific work. The band even received recognition from Jay-Z and Bon Iver’s Justin Vernon; the latter told Rolling Stone last year that Poliça was “the best band I’ve ever heard.” The band’s debut album, Give You The Ghost, which was released in February 2012 to favorable reception, combined synth-pop, the funk of R&B beats and bass lines, and layered and distorted vocals. The tragic lyrics reflected the struggles of Leaneagh’s recent divorce and added a beautifully haunting quality to the band’s songs.

Their new album, Shulamith, officially released today, lingers on these same themes, but looks at them with a new frame of mind. Leaneagh’s lyrics are empowered, strengthened, and maybe even a little embittered by what she’s experienced. This is first evidenced by the album’s title and the album art itself, which features the back and shoulders of a nude woman, her hair and neck soaked with blood. As such, the image had to be censored in at least one news outlet that reviewed the album. The title, Shulamith, is related to the Hebrew name Solomon, which is related to shalom, the word for peace. This, viewed in context with the cover art, seems to present a paradox.

Then again, maybe Leaneagh’s critical way of dealing with themes of matrimony and relationships through Shulamith’s lyrics are her way of making peace with the past. In collaboration with Justin Vernon, the album’s lead single, “Tiff,” expresses frustration with Tiffany & Co. and the vanity of marriage: “I don’t want a diamond ring/ Found a man, and he’s found me/ It’s a pact like a lion’s den/ You come out, but you can’t come in.” Again in “I Need $,” Leaneagh proudly declares, “I don’t need a man,” as though she is one of the independent women of Destiny’s Child. In “So Leave,” she scoffs at the thought of being objectified: “I don’t like when you tell the boys/ that I’m your girl/ Wear me ’round like a lucky charm/ with plastic pearls.”

Overpowering synths, layers of sound, and vocal distortion obscure a lot of the lyrics, but the band experiments throughout the album with stripping back these layers and then piling them back on later. “Vegas” is one of the more stripped-back tracks, and when Leaneagh’s vocals start in without the expected distortion and Auto-Tune of previous work, it’s somewhat surprising. The synthetic glitz of “Vegas” is definitely reflected in the sound of the song, as well as, unfortunately, some flavor of cheapness. At points Leaneagh’s voice sounds like it’s emanating from a seedy club. Not that her voice isn’t good—but in this particular instance it’s simultaneously alluring and awkward, like watching Dorothy Vallens perform in the nightclub in Blue Velvet. “Torre” and “Trippin” are also a bit tedious both vocally and melodically.

A track that better shows off her abilities is “Very Cruel,” which is somewhat of a throwback, both vocally and sonically, to what the band Portishead was doing in 2008 with its album Third. The song opens with a menacing, deeply distorted beat and synthesizers that are reminiscent of early Nine Inch Nails, or even some of the tracks on Kanye West’s newest release Yeezus. “Spilling Lines” also seems to be influenced by its contemporaries, opening with a womping beat that conjures EDM and house music influences. The captivating, dark melody and wispy, distant vocals on “Smug” are really compelling, and “Warrior Lord” is very much like the Auto-Tuned, looped vocals, and spacey atmosphere created on most of the tracks from Give You The Ghost. “Chain My Name” is led by a sickeningly sugary melody, with an almost 8-bit sounding track and equally computerized bass. The vocals again get lost in the complexity of this track, but that seems to be the nature of Poliça. The lyrics matter, but Leaneagh’s voice certainly is not the lead instrument. Rather, it is a way of adding to the ambience and the space in which these songs exist.

Shulamith is not a disappointment. It certainly has its weak and boring moments, but is essentially able to pick itself back up when it falls down. In experimenting with the synthetic vocals and sounds that gave the band its wistful signature, Poliça retains the qualities that make its work distinct, but only narrowly avoids falling into a dreaded sophomore slump.