Meltzer keys in on symbolism of ruins to Romanticism 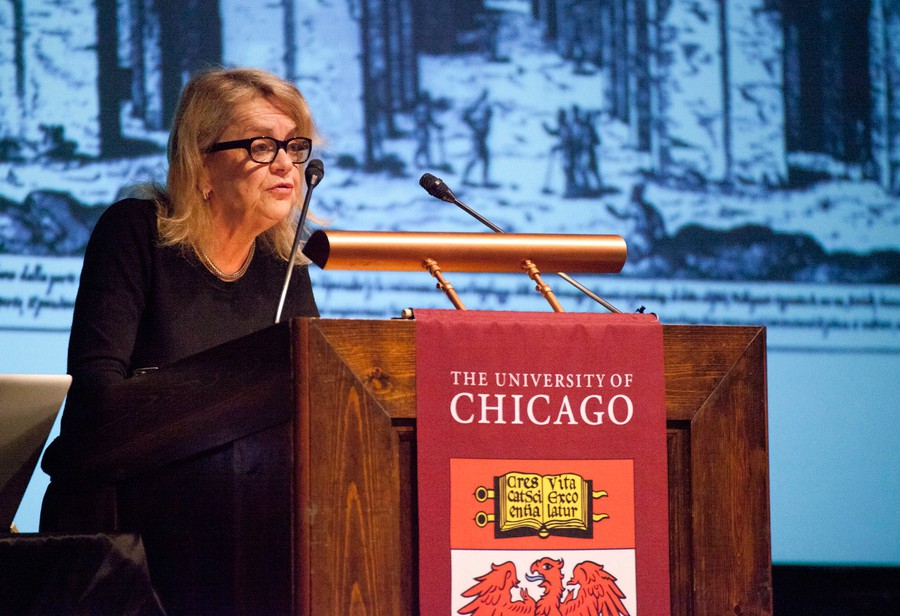 “All men have a secret attraction to ruins,” Meltzer began, quoting the French Romantic author Chateaubriand. “This feeling stems from the fragility of our nature, from a secret conformity between these destroyed monuments and the rapidity of our existence.”

Meltzer traced Western civilization’s uncanny fascination with ruins in art and literature across millennia, from the worries of Thucydides that future historians would misjudge the relative powers of Sparta and Athens by their ruins, to Freud’s shock upon visiting the Acropolis in Athens that “all of this really exists” because it held so much symbolic power for him, to Nazi architect Albert Speer’s insistence that Reich buildings be made of stone so that their ruins would be as awe-inspiring as those of the ancient world.

Viewing the ruins of past civilizations “inspire[s] contemplation and engender[s] what we might call suspension, or at least the feeling of self-diminishment,” Meltzer said, describing the paradox of ruins. “Ruins...give you the sense that much more is going on than meets your eye.”

Meltzer ultimately used ruins to help explain “the Romantic obsession with sentiment,” and characterized the Romantic encounter with ruins as “nostalgia,” a state which implies longing for a past grander than one’s own.

“But,” she asked, “what about ruins produced unnaturally, not by time?”

Turning to the topic of her book in progress, Ruins: Berlin in 1945, she contrasted the Romantic “enjoyment of ruins, with its self-titillating contemplation of mortality” with bleak photographs of a leveled postwar Berlin.

She also suggested that there are markedly different stakes in reflecting on German ruins in the wake of the moral catastrophe of the Holocaust.

“In a place, Germany, 1945, where culpability and responsibility are incontestable, is thinking about [German] victims…restricted? Is it even permissible? And by whom? And by what law? The ruins of Berlin or Dresden, 1945, engage the problem of an ethical response to human suffering,” she said.

True to what Dean of the Humanities Martha Roth called Chicago’s hallmark “cross-disciplinary approaches to the humanities” in her introduction, Meltzer is on the faculty of the Divinity School, the College, and the comparative literature department, and also specializes in French and German literature.

“I could make several compelling arguments about the value of studying and thinking about what makes us human. Ultimately, however, I just need to look out over this crowd,” Roth said. “Your commitment to humanistic inquiry, your hunger for knowledge that informs and enriches your life makes the best possible case for exploring what it means to be human.”