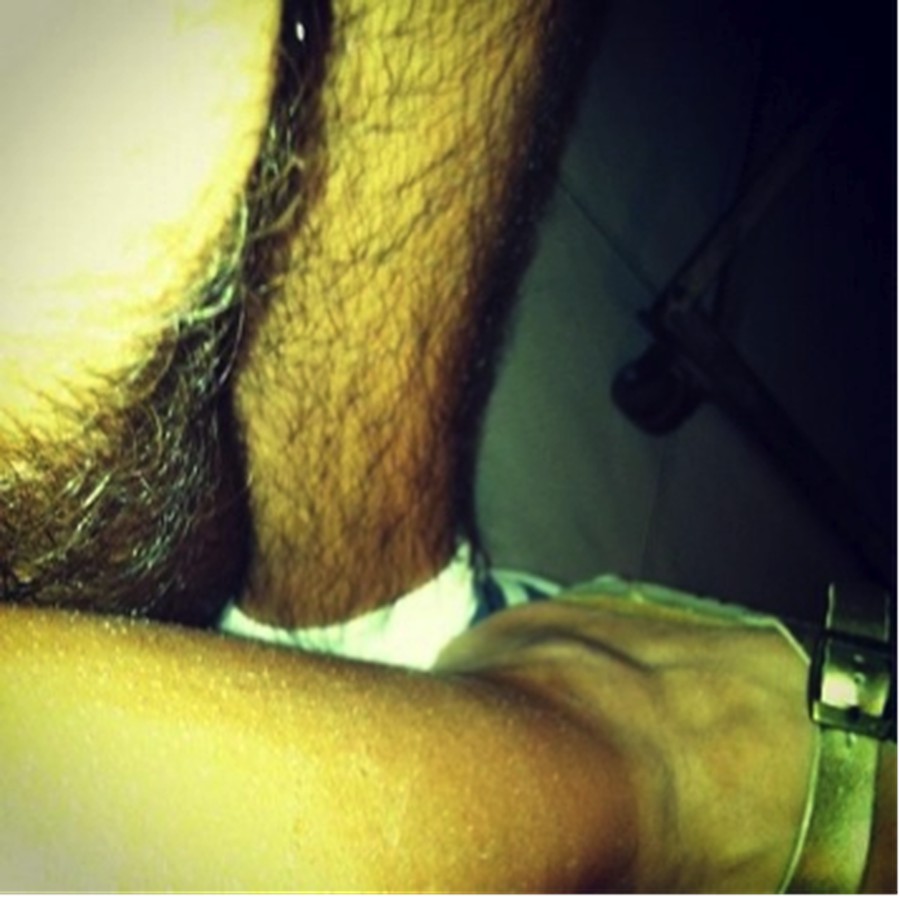 I didn’t realize the knee in the photo could be mistaken for a higher position on the body, but I still did not think the image warranted castigation.

It was our last night together in Jerusalem before he returned to the army. While the man in uniform unpacked his bloated backpack, I sat fiddling with my iPhone, resisting the temptation to capture our last moment, to obtain proof that I was once in love with a soldier and a soldier was once in love with me, to do what he dreaded most throughout our relationship: to take The Couple Selfie. Instead, as the phone slipped before me, my dancing fingers lingered on the camera icon just before it clattered on the floor, startling the cats outside.

I picked up my phone to find that accident was friendlier than prudence. The photo was proof that we were together, not from an outstretched arm and contrived pose, but from a fresh perspective—our knees together. Instead of the self-marketing typically proliferated on Instagram, the angle from which I portrayed our happiness was a sort of confession, using a modern medium to express age-old emotions.

Moments after I dubbed the photo “Beauty and the Beast,” and sent it through a hipster-ish filter and off to Facebook, I was attacked by a barrage of criticism. My mother had emailed me, “TAKE OUT THE PICTURES OF THE HAIRY BODY PART OF THE MAN OUT OF THE FACE BOOK NOW. It is very bad reflection of you, distasteful.”

I didn’t realize the knee in the photo could be mistaken for a higher position on the body, but I still did not think the image warranted castigation.

I am an unmarried, orthodox, young Jewish woman—an identity that probably had something to do with the censorious comments from my mother and a slew of friends. Besides a balance of love and lust, the image also illustrates my violating shomer negiah—the arguably biblical prohibition against premarital intersex touching.

The photo and ensuing reactions summed up our struggle: To touch or not to touch?

At only 19 our hearts and hormones said one thing, while the community, the rabbis, and the texts we live by screamed another. Religious Jews wouldn’t think twice (out loud at least), about eating pork, breaking the Sabbath, or worshipping idols. Yet when it comes to touching the opposite sex, it suddenly becomes questionable if one must really keep that commandment.

G.I. Jew tried to justify touching within the system. He claimed to believe in a “merciful god” who did not want him to suffer—and not being able to hug his girlfriend when she was upset, not being able to tuck that aberrant hair behind her ear was for him a source of slaves-in-Egypt suffering. We also contended that the entire system was ridiculous: Religious Jewish leaders introduced shomer long before the concept of “dating.” Your family set you up, engagements were short; now, marriage barely resembles the institution from the time of these legislators, and the relationships leading up to it are incomparable. After all, the medieval philosopher Maimonides, who is the source for much Jewish law, asserts that one should be married by the age of 18. As an American I can’t even buy alcohol at that age, let alone commit to life with another person.

At first we had no problem with the physical contact, but two months and many hand holdings later, we got into our first big fight. After reconciling, I had to ask “would we still be fighting now if we were shomer?” My heart told me we exploited touch as a weapon to placate each other, instead of actually getting to the bottom of our conflict.

I noticed that as time went on we started touching more and talking less—and that bothered me. Maybe physical touch really does muddy a pre-marital relationship. As a physical being, could I ever truly separate tactile influence from my existential sentiment toward G.I. Jew? I was no longer sure what I loved: him, the idea of him, being loved, or the feeling of his calloused hand on my soft cheek.

To make things worse, I was leaving for the University of Chicago—I had read too much Simone de Beauvoir and watched too much Sex and the City to move to a foreign country for a man.

Sure enough, in Chicago, the longing kicked in. We became shomer—but not by choice. I began to miss him and his touch, and I wasn’t even sure which was which anymore. I wondered if the distance would have been easier sans memories of caresses, without the augmented emotional bond—which was the first thing I woke up to and the apparition I was haunted by in spare moments.

The idea that our love was fading and that we were in denial was too hard to grasp. I assumed we had reached an evolution in our relationship where words would have to suffice as our dates, prose as our chocolate bars, and poems as our late night cuddling. I accepted the distance as a sort of game, a way to keep me away from college boys and diseases.

Maybe we’re just too young for real love, maybe we should have listened to rabbis and parents, maybe we should have broken it off, and maybe extra-long long distance isn’t worth it. Regardless, when a relationship provokes thought, imbues creativity, and elevates the ensemble of life, I’d prefer to endure its pain than let it go, regardless of whether I bend some rules—even religious ones—along the way.

Eliora Katz is a first-year in the College.