You're already itching for Oscars—why not go see the transcendent 12 Years a Slave, an early frontrunner? 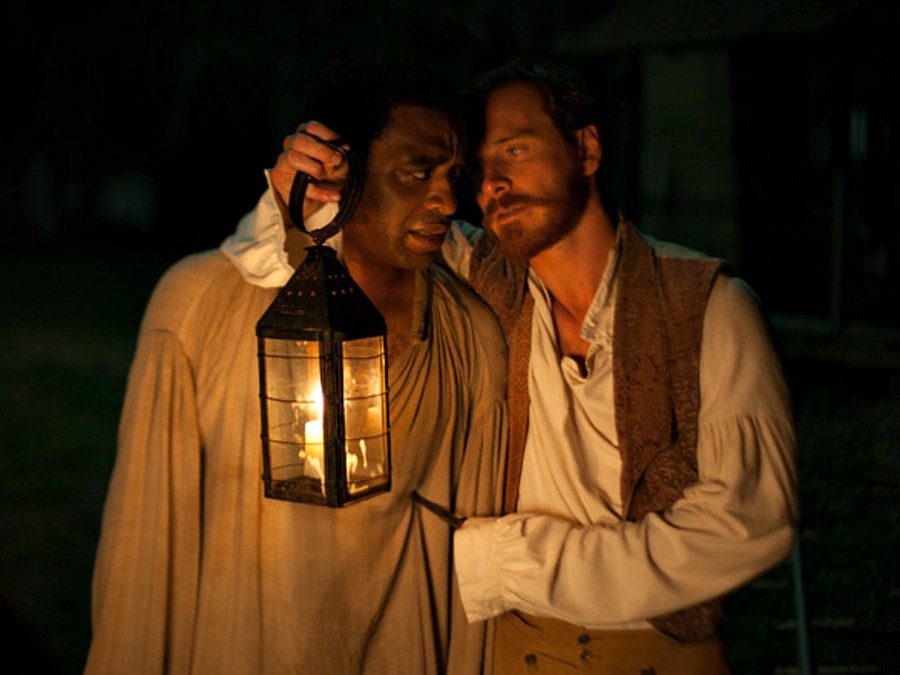 In 2009, Steve McQueen’s first feature film, Hunger, won the Toronto Film Critics Association’s “Best Film” award. It shared that award with Quentin Tarantino’s Inglourious Basterds. Tarantino’s next film would be the popular and critically acclaimed Django Unchained, an American slave redemption story shot like a spaghetti western. Now, a year after Django, McQueen has offered his own treatment of American slavery. This time around, it’s unlikely he’ll have to share much acclaim with another film.

Whereas Django looked back at American slavery with a wink and a nod, one-liners and blasted kneecaps, McQueen’s treatment simply gazes. The films are best juxtaposed in two scenes that share a similar action. In Tarantino’s, the ex-slave Django whips an overseer in front of a crowd of slaves; Tarantino uses slow-motion action cuts and a triumphant spaghetti western score for increased comedic effect. In 12 Years a Slave, the main character, Solomon Northup (Chiwetel Ejiofor), also ends up whipping an overseer in self-defense in what becomes one of the most terrifying scenes and haunting visuals from the film. McQueen’s steady long take of the whipping asserts an overwhelming sense of dread, for the audience has become aware that Solomon’s is a world of consequence. Several overseers return and attempt to lynch Solomon before being driven away. The camera then fixes on Solomon, still with the noose around his neck and hands tied, his feet just barely touching the ground, dancing back and forth in the mud as he struggles to stay alive.

Solomon has not always been a slave on a plantation. He was once a free man in New York, a fiddle player with a wife and two children. One night, he is tricked and drugged, and wakes up in chains without any papers to prove his identity. We then watch his journey as he is sold on the slave market and passes from plantation to plantation. It’s only in retrospect that one understands how passive a character he truly is, how powerless; mostly we watch with him, or feel the tortures inflicted on him. His inspirational strength comes not from his intelligence or charity, but simply from the fact that he retains a sense of dignity and morality despite the horrors he witnesses, despite his own suffering and isolation. Still, there is sometimes a sense that his moral sensibilities are fertilized more by naïveté than enlightenment, for example in his conversation with fellow slave Patsey, who seeks Solomon’s help to kill herself. “I have no comfort in this life,” she tells him. “It is nothing but melancholia,” he responds.

Existential isolation becomes the creeping theme of the film, often rounding out otherwise stock characters—Brad Pitt’s Samuel Bass, for example, who in another movie would be the voice box of abolitionist righteousness. “It is a plain and simple fact that what is true and right is true and right for all,” he says at one point. However, after he learns about who Solomon truly is and how he got to the plantation, his actions aren’t motivated by a sense of moral righteousness but from his own lack of roots. “What you say scares me, Solomon,” he says. “I’ve moved around a lot… I’ve got no one looking for me. I get the sense there’d be a lot of people who’d be real happy to see you again.”

In many ways, 12 Years a Slave can be compared with Schindler’s List in that it functions well as an immersive period drama and simultaneously depicts people who attempt to hold on to moral sense in an amoral world. What 12 Years a Slave does better than that film is extend another shared theme, the antagonism between economy and human rights, and connect it to the contemporary economic disparities between whites and blacks. “My sentimentality extends the length of a coin,” a slave trader says; the film demands our sympathy extend further. McQueen’s masterpiece maintains its relevance by heavily condemning all systems that jade us to human tragedy for profit, any society that blames the oppressed and abused for their mistreatment.

12 Years a Slave and Ejiofor will win many awards this year. The power of McQueen’s artistry, Solomon’s story, and the history of slavery in this country are such that just to watch the movie causes a swell within the breast and a reacquaintance with America’s moral imagination. Django entertained; 12 Years transforms.