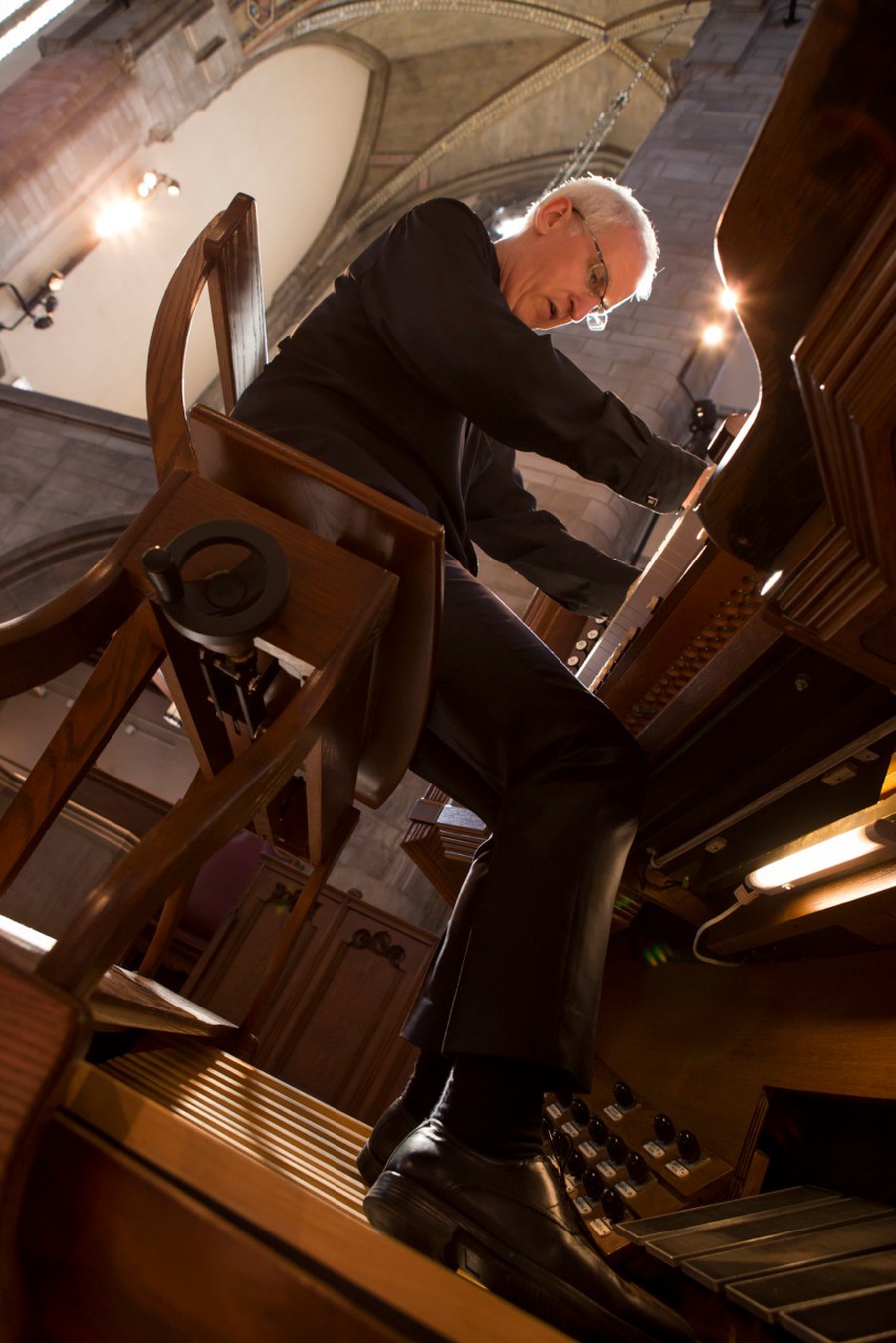 Think of the pipe organ as one huge wind instrument. Air flows through a pipe, producing sound, and notes are sustained by continuous breath. Think of thousands on thousands of pipes, ordered by pitch and separated by tone colors, never out of breath—this is the pipe organ.

The modern pipe organ, with its motorized air compressors, is a recent innovation. Early instruments were a bit more tedious to sound: Bellows workers in the back pumped air to keep hymns playing in the front. As one story goes, Notre Dame (the cathedral) hired drunks to pump the grand organ on Sundays, and paid them in wine.

When the drinking age was raised to 21 in 1980, the University of Chicago adopted mechanical pumps to avoid the labor crunch. It currently hosts two weekly mini-recital series to showcase the two organs on campus. The first is Tea and Pipes every Tuesday at Bond Chapel, with the intimate, Baroque-style Reneker organ. Rockefeller hosts Lunch with Mr. Skinner every Wednesday at 12:30—it’s a chance to hear the tremendous Romantic Skinner organ in concert. University Organist Tom Weisflog begins each 30-minute recital by introducing the program, helpfully pointing out what to listen for in the music and explaining the pipes used in performance. By doing so, he gives us a chance to explore the music and the instrument with our own ears. “8565 pipes and a little ecstasy,” reads the tagline, and it means every word.

This Wednesday’s Lunch with Mr. Skinner is a celebration. It honors Elizabeth Davenport’s (A.M. '78) birthday and fifth year as dean of Rockefeller Chapel, and debuts Phillip Kloeckner, the University’s new assistant organist. Alexandre Guilmant’s Grand Chœur in D (in the style of Handel) will open the concert, a rousing, brilliant, joyful fanfare for the organ. Expect to hear some of the Skinner’s biggest pipes, its thundering basses and glowing clarion calls. The sound is so powerful it seems to shake the building—a blissful and visceral experience.

In contrast, César Franck’s Cantabile is warmer and more lyrical. Cantabile means song-like in Italian, and this one sings a wonderfully dreamy melody. Listen for the nasal, oboe-like sound of the organ’s reed pipes and the low-strings quality of its bass part. It’s a rich, secure sound.

As in jazz, the organ tradition calls for the artist to improvise, be it a phrase or two introducing a hymn or a merciless Fuga ad lib in Handel’s concertos. Kloeckner will finish the concert with an improvisation on “Happy Birthday” and a theme of his own creation: The audience is invited to choose between two melodies transcribed from Davenport’s first name, Elizabeth. Expect brilliance.