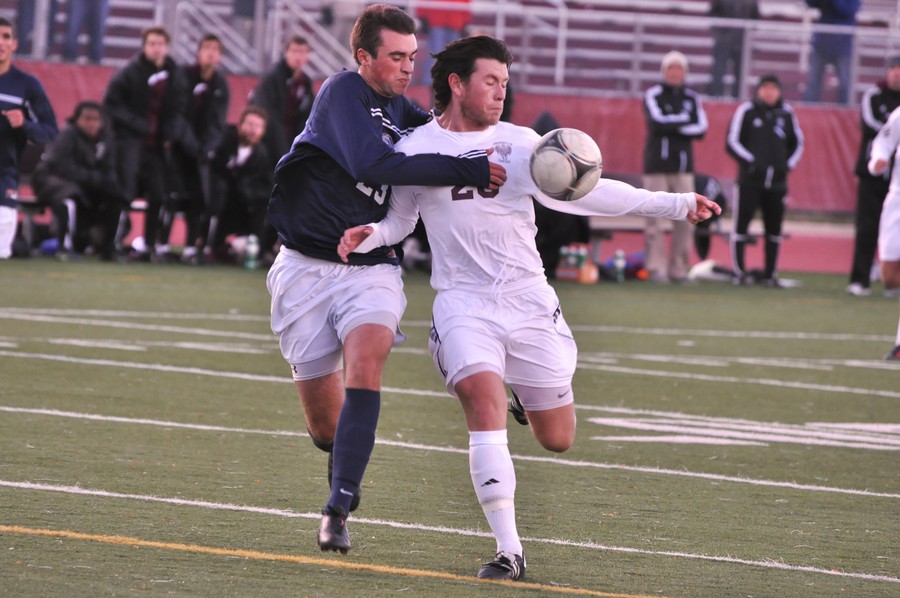 A late shot with 10 minutes left and a strong defense as the game clock expired notched the win for the Maroons.

“This past game against Lake Forest was a big game for us because we had to win it with a lot of guys playing in roles they were not accustomed to, and we wanted to make a statement before heading into conference play,” said third-year forward and team co-captain Kyle Kurfirst.

With 10 minutes left on the clock and overtime looking likely, third-year forward Matt Vecchitto passed to third-year midfielder Mikey Choquette, who curled the ball near the post to break the deadlock.

Coming off of a summer trip to Croatia and Slovenia, where they went 1–1–2, the Maroons started the season off well with three straight wins against Aurora (6–4–1), Benedictine (4–4–1), and Wheaton (7–3–0), accumulating eight goals total.

After the Wheaton game, the Maroons underwent a scoring drought, losing two games and tying one, without scoring a goal.

“We hit a small speed bump in the sense of getting some disappointing results and extensive injury,” fourth-year defender and team co-captain Adam Shamlian said.

Now with two consecutive victories [Wabash 9–3 (2­­–6–1), Lake Forest 1–0], the team is excited to begin conference play. The Maroons will face the Carnegie Mellon Tartans (7–1–1, 0–0 UAA) in their first UAA game of the season tomorrow morning. In the past three years, Chicago has a 1–1–1 record against the Tartans.

The Maroons will be wary of the Carnegie squad that tied for first in the UAA last year and return the vast majority of its key players. The Tartans’ high-pressure defense has caused problems for opposition teams all season, and Chicago is well aware of the effort required to match such a high-energy opponent.

“It is going to take an exceptional effort from us to get the result on the road,” said head coach Mike Babst.