Two poets, a fiction writer, an essayist, and a translator all shared their work at Wednesday's "Meet the Writers" event. 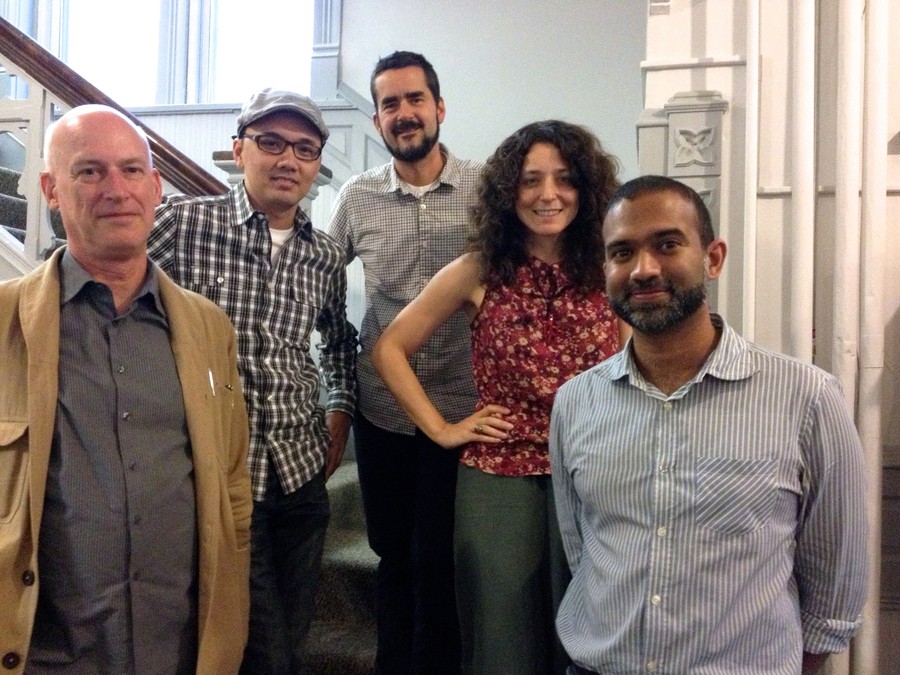 “We have had the baffling obscurity,” said John Wilkinson, chair of the Committee on Creative Writing, referring to an excerpt from his own poetry that he had just read aloud. “The rest is self-evident brilliance.” Wilkinson was the first of the five full-time faculty members in the Creative Writing department to present from his own work during the Meet the Writers event held at Taft House on Wednesday evening.

Taft House, which has been overshadowed since the erection of the Logan Center for the Arts, was the perfect small space for this intimate event. In lieu of a proper stage, Wilkinson stood on the staircase in front of the audience, reading selections from poetry written after he had gone on a trip to Tibet, as well as a piece that will be published in a journal from Prague, which, admittedly, was baffling: It contained references to machines and flatbed bogeys in a sinuous atmosphere, which Wilkinson punctuated with short breaths.

Following the poet came Dan Raeburn, a creative nonfiction teacher, who read from his upcoming memoir, The Hand of the Potter. Deadpan, before he began reading, Raeburn said, “I told myself I’d never read from a work in progress.” Raeburn centered his narrative around the death of his daughter at birth.

After Raeburn, Jennifer Scappettone read from her own translation of the Italian poet Amelia Rosselli’s cube poetry, and one of her own poems from the collection Exit 43. Before reading, she mentioned how autobiographical the work was, written after she had found out the street she lived across from  while growing up was a major toxic wasteland.

The mood was lightened, and then made somber again, when fiction professor Vu Tran presented from his upcoming novel, This or Any Desert, reading an excerpt about a father who recounts a brutal story of his childhood in Vietnam to his son, laughing about it years later.

The final reader of the night was Srikanth Reddy, who kept the audience laughing with the alternatingly humorous and dark prose poems from his chapbook, Readings in World Literature (yes, like the Core class). Wryly, he talks about a student who raises his hand in class to say he is ideologically opposed to revision. Reddy’s work falls into a more contemplative tone when he writes, “Contrary to the accounts of Mu Lian, Odysseus, and Kwasi Benefo, it is not customarily permitted to visit the underworld. No, the underworld visits you.”

After the reading, as they mingled with the students and other faculty who had attended, professors dropped the serious, professional personas they had adopted during the readings. (Reddy, double-checking the photo I’d taken to accompany this article, commented: “My ass looks big.”) This was the first time the Creative Writing department had held an intra-departmental reading, and yet they hope to make this event a regular fixture as a chance for students to meet and talk to creative writing faculty, as well as to other interested students.