For cinephiles on the Mag Mile, CIFF promises film spree 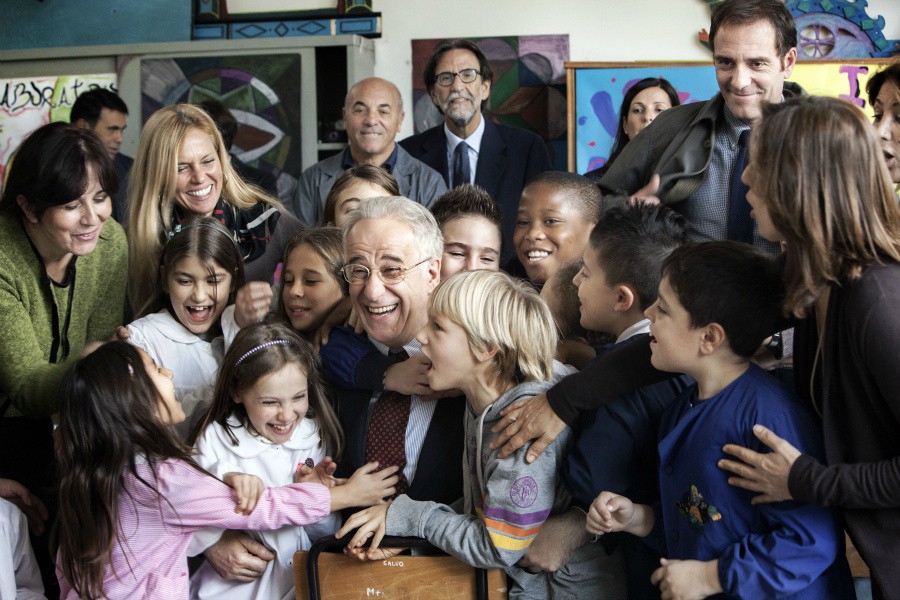 On October 10, the 49th Chicago International Film Festival will kick off with an opening night gala screening of James Gray’s new movie The Immigrant, starring Joaquin Phoenix and Marion Cotillard, at the snazzy Chicago Theatre.

A piece of advice? Don’t go. The real action at the CIFF happens across the river at the far less glamorous AMC River East, where they won’t turn you away for wearing a White Sox T-shirt, and you won’t have to drop $25–150 to rub shoulders with a few A-listers. The truth is that the few big-name American films in the festival will all be playing at River East or Harper Theater in a few weeks, and most of the 180 films composing the bulk of the Festival won’t. So before you start drooling over the possibility of seeing the Coen Brothers’ newest film Inside Llewyn Davis a month and a half early, you might want to check out a few films that are a bit more under the radar—it might be the only chance you’ll get.

Trucker and the Fox (Iran. Sunday, October 13 at 5 p.m. and Tuesday, October 15 at 7:15 p.m.)—Arash Lahooti’s documentary follows the enigmatic Mahmood Kiyani Falavarjani, a truck driver in Iran who makes acclaimed short films starring his beloved pet fox. Lahooti’s lens catches up with Falavarjani after his fox’s death, capturing his descent into depression, enrollment in a psychiatric hospital, and subsequent release as he tries to make his way back from rock bottom. This intriguing film promises to hint at the strange ways we manage grief, the reasons we create art, and the odd, often inexplicable things to which we tie our affections. And if it doesn’t deliver on those fronts, it will at least tell one hell of a story.

Viva La Libertà (Italy. Thursday, October 17 at 3:30 p.m., Saturday, October 19 at 3:30 p.m., and Monday, October 21 at 5:45 p.m.)—When Italian party leader Enrico runs away in the middle of the night, who else could fill his role but his mentally-deranged identical brother? Hijinks ensue when higher-ups try to keep the scandal under wraps while Enrico’s brother ambles smilingly through the high-tension tangle of Italian politics. Watch political satire and old-fashioned comedy collide in this film by director Roberto Andò.

Bring: Friends with a sense of humor, a jovial attitude.

My Sweet Pepperland (Iraq, France, Germany. Monday, October 14 at 5 p.m., Wednesday, October 16 at 8:30 p.m., and Thursday, October 17 at 2 p.m.)—Hiner Saleem’s tale literally gallops through the stark yet breathtaking Kurdistan region of Iraq and Iran as his protagonists stand up to the vigilante justice and might-makes-right that rules the region. A playful, dark twist on the American Western, Pepperland arrives to high expectations in Chicago after receiving a nomination under the “Uncertain Regard” category at Cannes this summer. It could even have a chance at this year’s Gold Hugo (this festival’s highest prize).

Bring: Your friend who thinks you only ever watch rom-coms, anyone who has read the newspaper in the past 25 years.

Stray Dogs (Taiwan, France. Friday, October 11 at 8:30 p.m. and Sunday, October 13 at 12:30 p.m.)—Even though Taiwanese director Tsai Ming-Liang has taken home Berlin’s prestigious Golden Bear Award for Best Director, his films aren’t likely to grace America’s silver screens too often. His newest film follows a father and two sons trying to survive, homeless, on the fringes of Taipei. If you’re seeking catharsis, or just need to use your surplus of Kleenex, this film is sure to deliver.

Bring: A shoulder to cry on, tissues, things that make you feel good inside.

Life is Short (Tuesday, October 15–Sunday, October 20; check Web site for individual listings)—Although it is a bit of a cop-out to choose the whole series of shorts this year at the CIFF instead of just choosing one, let me just say that shorts are without a doubt the best way to grapple with the enormity of modern film festivals. This way, you have no fear of accidentally committing yourself to a two-hour bore-fest in Ukrainian, or miraculously buying tickets to the three worst films at the festival. The seven manageable groupings this year each include six to 12 shorts on topics from “Night Terrors” to “Nature or Nurture?” to my personal favorite, “Anyway, Anyhow, Anywhere,” a series exploring the way people respond to unexpected or uncomfortable situations (such as crashing a party in the South of France, a situation played out in Social Butterfly).

Bring: Anyone and everyone.

For the cinéastes with less appetite for adventure, the special presentation series is full of high-power films, including 12 Years A Slave; an adaptation of the play August: Osage County starring Meryl Streep, Julia Roberts, and Ewan McGregor; Kill Your Darlings, featuring Daniel Radcliffe as a young Allen Ginsberg; and Blue is The Warmest Color, which won the Palme D’Or at Cannes this summer. Happy hunting.