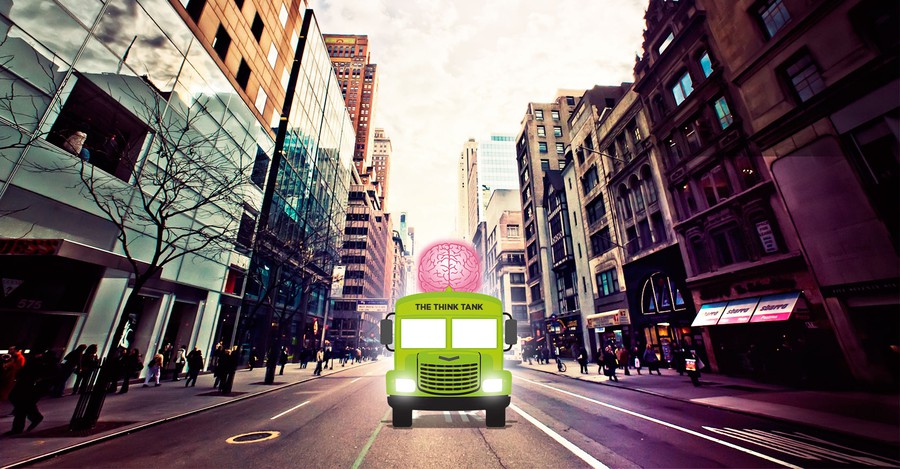 A magic school bus will hit the streets of Chicago this winter, but Ms. Frizzle won’t be driving.

“We want to find kids who have the raw potential to succeed in science, to inspire them to strive to fulfill this potential, and to equip them with the experiences and the credentials they need to enter top undergraduate science programs,” Casasanto wrote in an e-mail.

Through its engagement with students, the Think Tank will establish a Fellows Program that recruits the most promising rising high school seniors to take part in a paid summer research internship at the University under the mentorship of students and post-doctoral researchers

“Getting into a good undergraduate program is a crucial step on the pathway to a top graduate program, which can lead to a research career in a university like ours—and someday, to a scientific community that reflects the diversity we see on our city streets,” Casasanto wrote.

Alterman says he and Casasanto currently have enough funds to purchase a bus and lab equipment, but hope to secure a donation for a bus by November to free up funds for other uses. Then they will collaborate with University artists to design the bus, which will be topped with a glowing purple brain.

Alterman originally envisioned the Think Tank for New York City when he was a senior at Macaulay Honors College, working as an undergraduate researcher assistant at Casasanto’s laboratory at the New School for Social Research. Alterman was initially inspired to create a mobile science laboratory after reading about the Trailer Park, a natural park on wheels.

“My mom said something like, ‘You should do that for cognitive science;’ and at first if your mom suggests anything like that it’s just one of those mom ideas, but then I started calling up all of my friends and saying, ‘What do you think of this crazy idea?’” Alterman said.

The two began fundraising in New York in February, raising over $17,000 in a little over a month through crowdsourcing. When Casasanto decided to become a professor at UChicago last winter, he learned about the University’s efforts to promote diversity in education and realized, “The Think Tank could answer a higher calling.”

“The idea was that we could use The Think Tank as a ‘vehicle’ for increasing diversity in science—and that UChicago was the institution to help us make this mission a success... I realized that we had an opportunity to do something that could change students’ lives, and in doing so could help change the face of academia,” he wrote.