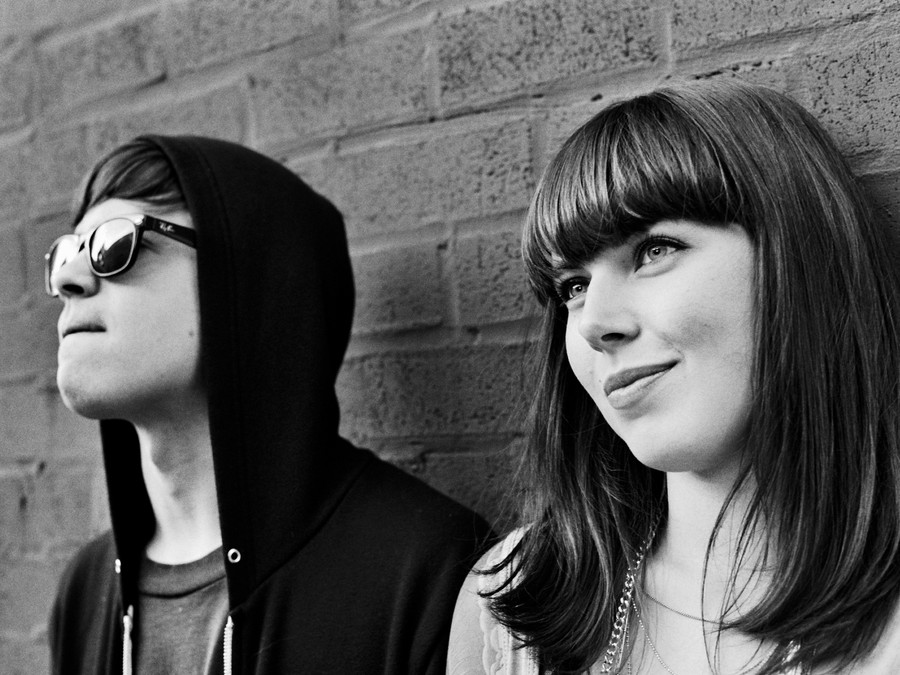 When Sleigh Bells released their debut record, Treats, in 2010, they did so to the sound of near-universal acclaim. The album boasted a sound that other artists of the time just didn’t have. Namely, their music was unapologetically loud in a year where rock was dominated by the likes of LCD Soundsystem, Vampire Weekend, Beach House, and Arcade Fire. While other groups may have produced more nuanced outputs, much of the success of Treats came from its simplicity. The album seemed to have a visceral effect. Most notably, it sounded new.

Unfortunately, Sleigh Bells’ latest release, Bitter Rivals, out today on Mom + Pop Music, extends on some of the shortcomings that were present on last year’s Reign of Terror. It’s clear that Sleigh Bells is trying to mature into a sound that is more nuanced than the brash guitars and synths plus jumbled sugary pop vocals formula that predominated on Treats, but it’s no longer clear whether they are going to be able to further develop their sound.

This time around, the duo Alexis Krauss and Derek Miller recruited Andrew Dawson to produce the album. Dawson’s recent credits include Yeezus, Watch the Throne, and Cruel Summer. He brings his hip-hop pedigree to the table most notably on “You Don’t Get Me Twice,” which finds Miller’s brash guitars coexisting with a heavy synth beat. Despite the fact that the group has been integrating hip-hop beats since the beginning (Miller has said that he stole the beat for “Infinity Guitars” from Kanye West’s “Gold Digger”), the results are less than stellar. The two elements clash with each other rather than working to build a unified whole, and the result is a disjointed track that feels referential instead of innovative.

Fittingly, what’s most perplexing about Bitter Rivals is that Sleigh Bells seems to have lost their ability to integrate the unexpected. While Treats was certainly simple, it also utilized nontraditional sounds (such as the snaps which persist throughout “Tell ’Em”) in a very refreshing way. Bitter Rivals attempts to do the same, but ultimately, the sounds feel decidedly misplaced on the latest record. Most glaringly, the opening track, “Bitter Rivals,” opens with an acoustic guitar accompanied by dog barks and Krauss shouting “Hi!” Unfortunately, the dogs don’t stop there: In a decision that I’m still trying to wrap my head around, “To Hell With You” trades Miller’s guitars for synthetic dog barks. Instead of the guitar / bass drum callback that was a hallmark of early standout “Infinity Guitars,” “Tiger Kit” incorporates a guitar / cow moo callback. It’s unclear if there is some explanation for all of the animal noises on the record or if the band just thought that fans were tired of hearing claps and snaps.

Sleigh Bells also continues their mission to bring Krauss’s vocals to the front of their sound, but without their trademark distortion, they sound more like the teen pop groups she performed in as a young teen herself rather than the band’s punk contemporaries. In order for Krauss’ new sound to work, her lyrics would’ve have to find some kind of deeper meaning that they never did on earlier records. Unfortunately, this just doesn’t happen. The same winning/losing dichotomy of their earlier records dominates, and now that we can actually understand what Krauss is singing, this becomes a much more glaring imperfection than it was previously. For example, “Bitter Rivals,” begins with a truly perplexing reference to A Tale of Two Cities: “It was the best of times/ It was the worst of times/ I had to kill the new sheriff in town.” The lack of depth isn’t surprising, but Krauss needs to find something more meaningful to say if she plans to be well-heard in the future.

Despite its lack of lyrical depth, the album finds success from song to song, especially on the standout track “Sing Like a Wire,” which recalls much of the band’s earlier work. Instead of working to reinvent its sound entirely, it utilizes ‘80s synths to provide an interesting twist on a classic Sleigh Bells track. “Young Legends” works with some of the same elements to build a track that mostly succeeds, even if the acoustic guitar becomes fairly tiring after a couple of listens.

With their latest effort, Sleigh Bells continues to search for a sound that advances the simple formula of Treats, yet still brings the same energy that Krauss and Miller always have. Unfortunately, the search will have to continue, for Bitter Rivals is not the answer. Hopefully, with their next record, Sleigh Bells will consider whether they ever really needed to change anything at all.