This weekend, for the first time in Chicago history, both the men’s and women’s cross country teams competed at the NCAA DIII Championship. 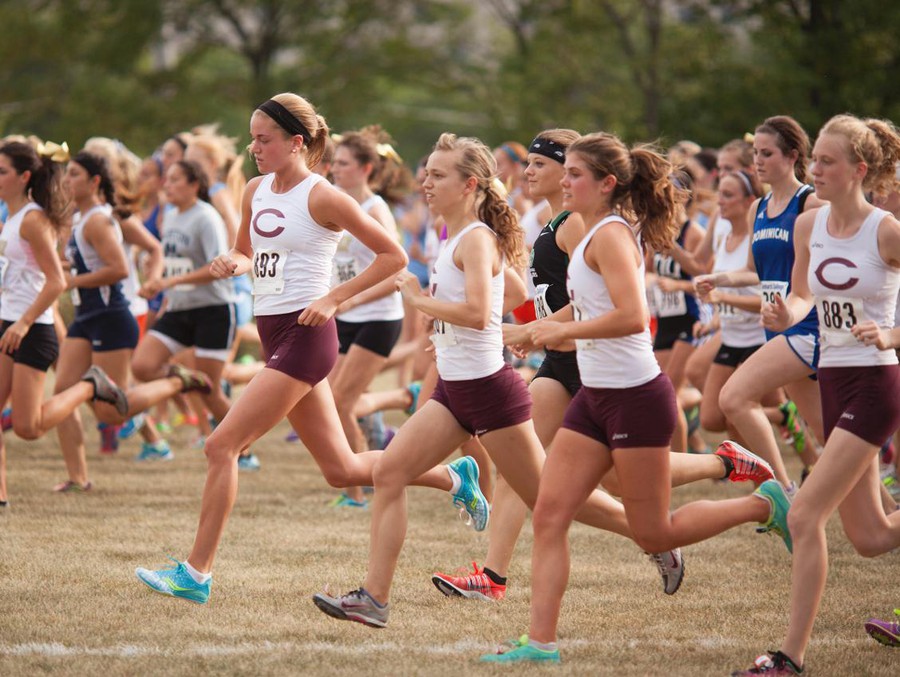 This weekend, for the first time in Chicago history, both the men’s and women’s teams competed at the NCAA DIII Championship.

While the No. 18 men’s team did not quite accomplish what it was hoping for with its 28th-place finish, the No. 6 women’s squad closed out its season spectacularly, improving its ranking to take fourth place behind No. 1 Johns Hopkins, No. 2 Williams, and No. 4 Middlebury.

“For the women, this capped off a great season,” head coach Chris Hall said. “We accomplished everything we set out to do. UAA champions, regional champions, and national trophy—it was all we hoped for.”

The fourth-place performance for the Maroons is the best NCAA team finish in school history; Chicago’s previous best was sixth place in 1998. Second-year Catt Young led the team, finishing in ninth place with a time of 21:31.5. With this performance, Young captured All-American honors, becoming the 11th All-American in team history.

Fourth-year Michaela Whitelaw wrapped up her career with a 43rd-place finish, with a time of 22:07.4. Whitelaw and fourth-year Elise Wummer, who finished 216th, will be the only graduating members of the group that competed at Nationals: The remainder of the team is in its second year. The Maroons sent seven athletes to compete in a field of 280 runners, where they tallied 261 points and were very pleased with their final finish among the 32 competing teams.

“Our women had a great meet,” Hall said. “Going into the season, we felt that if everything came together perfectly, we may be able to finish in the top four at the NCAAs. We finished in a tie with MIT and defeated them on the tiebreaker to accomplish the goal of fourth, and we did have an outstanding meet.”

While the men’s team was overshadowed by the women’s strong finish, several individuals competed well. Fourth-year captain Dan Povitsky was the top finisher for the men’s squad, taking 58th place with a time of 25:37.6. Second-year Michael Frasco took 156th place with a time of 26:17.6, and fourth-year Samuel Butler finished in 179th (26:26.4) to close out the top three for Chicago out of the seven sent to Nationals.

“Our men’s team was disappointed in the overall finish, but [this was] the first time we have been at this meet since 2005, and the challenge of being in this very unique environment was difficult to prepare for,” Hall said.

After three months of competing that started in late August, this meet wrapped up a very successful season for both the men’s and women’s teams.

“We could not be more pleased with the overall season and the experience of being in this meet. This was a really special way to culminate the season: an opportunity to compete against the very best at the end of the year,” Hall said.