Netflix’s original programming lineup is playing with a full deck

Netflix's first original series, House of Cards, aims for the quality of premium cable broadcasting with the availability of streaming, internet-based media. 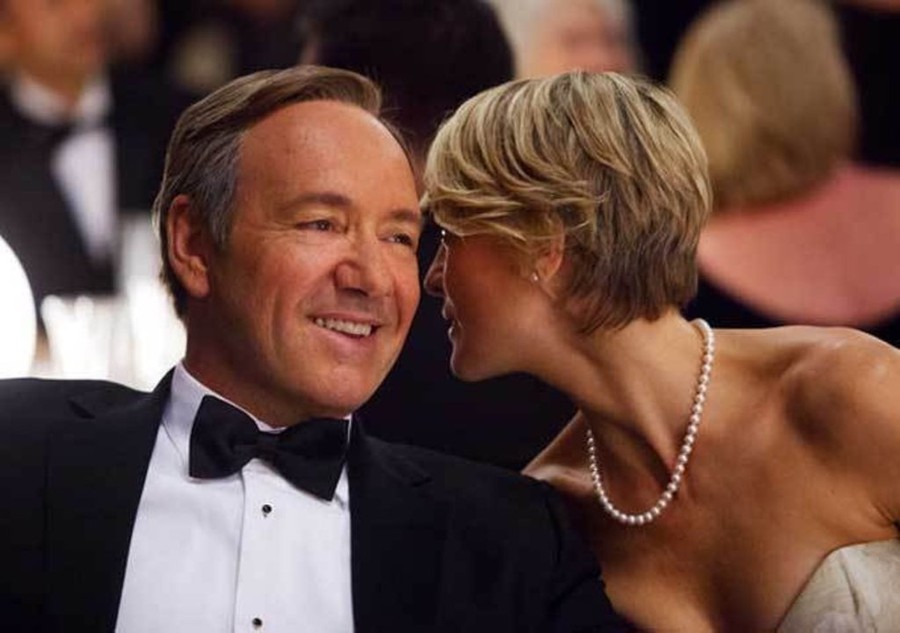 In a recent interview with New York Magazine, Steven Soderbergh, the Oscar-winning director behind Traffic and Magic Mike, stated boldly, “I just don’t think movies matter as much anymore, culturally.” In the same interview, he called House of Cards, the first effort in Netflix’s $100 million foray into original programming, which stars Kevin Spacey and begins streaming on the website today, “the most beautiful thing you’ve ever seen on a screen.”

Soderbergh’s first point, while contentious, isn’t particularly fresh or complex. The movie industry is like any business. Profit is the goal, and if creativity needs to be nixed in order to hit blockbuster status, then so be it. Yet there is merit in the argument that now more than ever the box office world is ruled by budget-crunching and franchise-launching. Creativity and risk-taking have been foregone for safe bets: bankable faces (cue the rise of Channing Tatum, who, coincidentally, stars in Soderbergh’s next film), endless adaptations (to the point that books get film deals before the ink dries on their publishing contracts), and the mining of preexisting fan bases (if not a sequel or prequel, then a reboot). Soderbergh argues that the “cultural relevance” of film has migrated to the world of television, where, say, 3.5 million viewers means a successful broadcast but would, in the film world, signify a total theatrical flop.

Similarly, for Soderbergh, the TV format “allows for the narrow and deep approach” to storytelling. When you have a season to tell a story versus somewhere in the neighborhood of two hours, a world of artistic license becomes ripe for exploration. His sentiment has resounded widely in programming. Rejoice, people—the reality TV wave has crested and crashed. Sitcoms became American Idol riffs became serious scripted television. While premium cable networks like HBO led the charge for quality programming, standard networks are now more commonly stealing the spotlight: Breaking Bad and Mad Men are at this point basically in the canon. Even The History Channel is going in for a piece of the pie. Its first original scripted series—called Vikings—premieres this March.

Still, TV isn’t the beacon of hope Soderbergh suggests it to be. The landscape is varied, but not without flaws. The Nielsen box is still resident dictator, forcing networks like NBC to shake their comedy lineups in favor of shows that court “broader audiences.” CBS currently has the edge: its slew of primetime sitcoms, mostly produced by Chuck Lorre, strive to be as inoffensive as possible to the sensibilities of the “Average American,” which, to the TV world, means “straight, white, Christian, and comfortably middle class.” Apparently they’re doing something right, as comedies like The Big Bang Theory, Two and a Half Men, and How I Met Your Mother are ratings titans, while the likes of Parks and Recreation, Community, and 30 Rock cower in the Nielsen-cast shadows.

Yet Nielsen boxes mean nothing when you take into account the world of online viewership, and here we come to Soderbergh’s second point—about the beauty of House of Cards. While he’s talking about director David Fincher’s (Fight Club, The Social Network) carefully constructed world, which centers around Capitol Hill, I’m inclined to take the statement as something more prophetic. Perhaps the true beauty of Cards is its foresight. Netflix CEO Reed Hastings has been quoted as saying that the future of programming is online streaming. When his company dropped around $100 million for the license to two 13-episode seasons, “sight unseen,” of an adaptation of a British political drama, he put his money where his mouth was. Backed by the studio Media Rights Capital, House of Cards was quickly ushered through pre-production, courted by Fincher and his screenwriter friend, Beau Willimon, who penned George Clooney’s presidential thriller, The Ides of March. Fincher directed the first two episodes on a promise of “zero interference” from Netflix. This move has Hastings stealing straight from the premium cable playbook. HBO, the most famous purveyor of big-budgeted, short-seasoned original series, has long been lauded for the artistic autonomy it allows its contracted talent.

What Hastings and Netflix have that HBO doesn’t, however, is the ability to mold their programming more specifically to their viewership. In an interview with GQ, Hastings revealed that when Netflix posted the second season of AMC’s The Walking Dead, “nearly 200,000 people watched all 13 episodes within 24 hours.” Moving forward with such data, Netflix plans to debut not only the premiere of House of Cards today, but all thirteen episodes of its first season. That’s right—the whole first season will be unveiled in one big lump. No commercials, no waiting: Hark, the future is here.

Risks will come with this decision. Marathons, while great for rainy days and flu-and-NyQuil hangovers, inherently exist in insular, static isolation. Yet, one of the virtues of television has been its ability to change over time. In a post-Twitter world, these changes sometimes even stem from the stated whims of the viewing audience itself. Moreover, I can’t help but wonder about how much of why we watch television is because of the very suspense that Netflix intends to dispense of. Sure, we all wanted to know what the hell was happening in Lost, but wasn’t half the fun debating possibilities with our friends on Monday mornings? What kind of real-life dialogue can be sustained when no one’s watching a show at the same pace? Does dialogue really have a place here at all?

Willimon revealed that when writing House of Cards, he approached it as he would a 13-hour movie, eschewing cheap cliffhangers and arbitrary shocks. What’s the point of such trifles when you don’t need to maintain curiosity for a week, anyway? Cards need only keep your attention for the time it takes that cold to leave your system. For the long term, Netflix has backup: they’re reviving the once-canceled cult favorite Arrested Development, to be streamed later this year. Other future projects include a horror series helmed by Eli Roth (Cabin Fever, Hostel), and two comedies, one from the creator of Weeds, the other by Ricky Gervais. Netflix—or more generally, the world of online streaming—is cultivating talent and, arguably, cultural relevance in a way film has forgotten and television never quite could. Come the premiere of House of Cards, we’ll watch, all at once, the fruits of their efforts. As for the consequences? We’ll have to wait and see (for thirteen hours, at least).

House of Cards is available for streaming on Netflix starting Feb 1.