South Siders prepare for round two vs. Tartans, Spartans 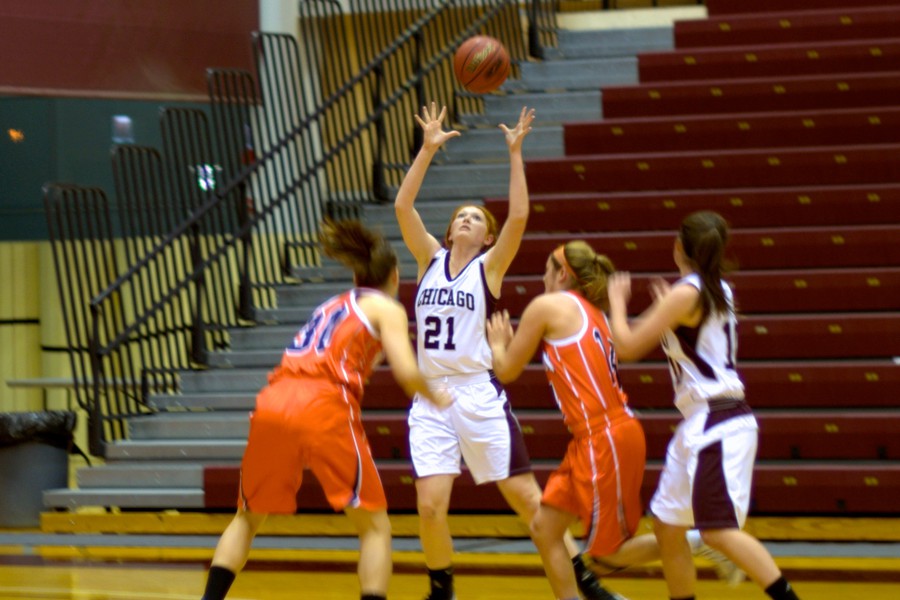 After losing to Case Western and Carnegie Mellon last week, the Maroons hope to even the score against the same teams this weekend. Chicago will face the Spartans tonight and the Tartans on Saturday and attempt to improve to 4–5 in conference play.

“We definitely are going into this weekend with a chip on our shoulder after losing to Case and Carnegie last weekend,” fourth-year captain Jenna Lillemoe said. “We played hard both games but weren’t able to pull off a win, so I think we are all looking forward to playing them again so soon and on our home court.”

Case is currently 4–3 in the UAA with an overall record of 12–6. The team is coming off a 72–68 win against Wash U. When the Spartans played Chicago last weekend, they capitalized on poor shooting and turnovers by the Maroons.

Chicago did shine in some areas, however. The squad out-rebounded Case 46–38, and was able to secure 12 second-chance points to the Spartans’ four.

“Against Case we will need to handle their pressure at the guard positions and use it against them to get easy looks with our posts inside,” said second-year Morgan Donovan. “I think it’s important that we control the tempo of the game which will allow us to execute our sets on the offensive end while limiting their transition points and major threats on the defensive end.”

Carnegie Mellon is 3–4 in conference play and 11–7 overall. The Tartans’ last game was the 76–68 win over Chicago last Sunday. In that contest, Carnegie relied on superior ball movement to clinch the win, as five players scored in double digits, and 71 percent of their baskets came from assists.

Nevertheless, the South Siders once again asserted their dominance on the boards, grabbing a season-high 59 overall rebounds and 26 offensive rebounds. This supremacy also translated into 26 second-chance points against Carnegie’s nine.

Still, it’s clear: The team is going to have to do more than just out-rebound the competition to get the win.

“Against Carnegie, we need to push the ball out in transition and get down the court before they have a chance to set up their zone,” Donovan said. “This worked well for us last weekend and enabled us get some easy baskets. In the half court it will be key that we attack their zone through quick ball movement and penetration, as well as crash the offensive boards. We did a great job getting offensive rebounds last weekend against them, but we will need to capitalize on those opportunities and convert them into more points.”

The Maroons, then, are itching for the chance to prove themselves this weekend. Their recent losses are fueling that fire.

“Overall, we struggled shooting the ball last weekend and will need to make more of our open shots and free throws,” Donovan said. “The losses last weekend are still fresh in everyone’s mind, and we are all excited to have another chance to play these two teams at home.”

Tonight’s game against Case Western is scheduled for 6 p.m. at Ratner. Tip-off against Carnegie is set for 2 p.m. tomorrow at the same place.