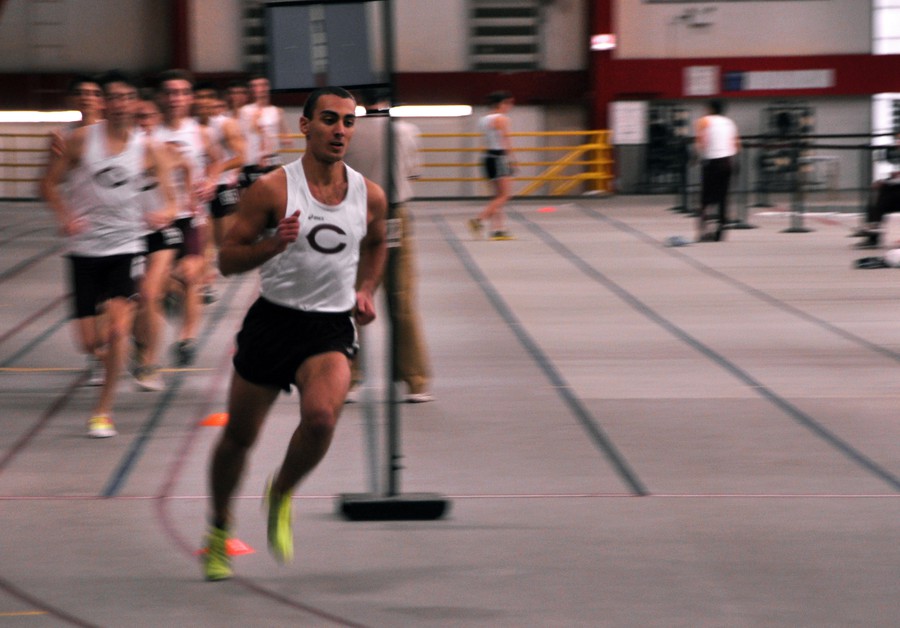 In a display of regional power, the Maroons’ men and women placed fourth and third, respectively, in a field of 18 teams at the Chicagoland Championships this weekend. The meet included 18 teams from the Chicago area and from all three NCAA divisions.

On the women’s side, 17th-ranked North Central took first with a score of 133.5. DII Lewis University came in a close second with 130 points. The Maroons followed in third with a point total of 55. Carthage (52.5) and DI Valparaiso (47.5) rounded out the top five.

“The team did really well as a whole,” first-year Catherine Young said. “Every meet I feel like we keep getting better and better, and everyone is improving their times.”

Young dominated the field in the 3000m run, winning with a time of 10:14.40, over four seconds faster than her nearest competitor.

“Every member of the team is really supportive of every other member,” Young said. “The support I feel from my teammates during races is what pushes me to run faster.”

“I think that we’re approaching a stage in our training cycle that will prepare us for some of the big meets near the end of the indoor season,” fourth-year Chris Cheng said. “It will be important for everyone to stay consistent with workouts and be careful not to get hurt from here on out.”

Cheng competed in the distance medley relay for the South Siders on Saturday along with fourth-year Billy Whitmore, second-year Renat Zalov, and first-year Ryan Manzuk. The Maroons finished with a time of 10:11.88, the best in the nation at the DIII level this year.

The next fastest team, from Elizabethtown College, is just under two seconds slower than Chicago.

“We really outperformed what we had expected to run,” Cheng said. “But we still have to take into consideration the next couple weeks, as other teams will also try to run some fast times.”

“If we keep working together in workout groups and training, I think we have a great chance of winning the conference championship,” Young said.

“I don’t think that we have ever been this deep in terms of events before, so we should have a very good shot at taking home the championship,” Cheng added.

The Maroons’ final tune-up before the UAA championship, the Margaret Bradley Invitational, will take place this Saturday in Henry Crown. The meet is scheduled to begin at 11:30 a.m.