An Israeli musician influenced by many cultures' traditions travels to Chicago. 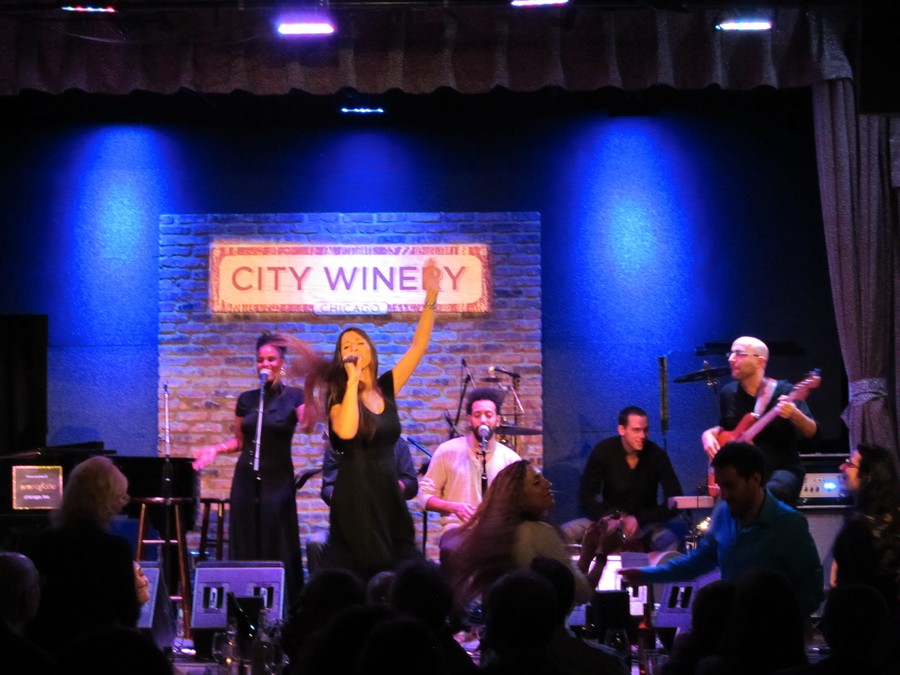 “We have recorded over 95 [musical] artists—the youngest being 16, the young spirits being 83- and 91-year-olds—from Colombia, the former U.S.S.R., Mali, refugee camps of Sudan,” Israeli singer-songwriter and keyboardist Idan Raichel said to his concert audience Sunday night at City Winery in the West Loop.

Raichel is the man behind the Idan Raichel Project, which emphasizes “collaborations from artists of different generations, multiple ethnicities and singing in languages as diverse as Hebrew, Spanish, Arabic, Amharic, and Swahili,” according to his website. Raichel’s style reflects this diversity: It is a modern, jazzy, jam band sound heavily influenced by Middle Eastern, Latin American, and African music.

He is currently performing on his Idan Raichel Acoustic Project tour with six band members, including Ethiopian-Israeli singer Cabra Casay, who served in the Israeli army with Raichel and is known for her use of Arab and East African vocal techniques such as ululation, and vocalist and percussionist Ravid Kahalani of Yemen Blues.

“Back at home [in Israel] we play with a plugged-in band. So on this acoustic journey we take the same songs, but play them every night in a different way,” he explained.

For most of the concert, Raichel sat at the piano on the side of the stage; each of his band members had a solo throughout the performance. The seven-person ensemble was well-practiced and evidently comfortable together, improvising seamlessly between songs.

The band performed some of its most popular Hebrew songs, including “Mi’Ma’amakin” (Out of the Depths), “Boee” (Come to Me), and “Im Telech” (If You Go) from the 2006 album The Idan Raichel Project, as well as “Yesh Bi Od Co’ach” (There’s Still Strength In Me) from 2011’s Traveling Home. Still, one Israeli guest complained that the band didn’t perform enough songs in Hebrew.

Raichel dedicated a song in Hebrew to Israeli pop-rock singer Shmulik Kraus, who died on Sunday, and to his “crazy and inspiring life.” Some audience members gasped upon hearing Raichel relay the news about the death of “one of the most legendary musicians from Israel.”

While Raichel didn’t address the audience until after several songs, and the venue’s dining-room style seating discouraged guests from getting up and moving, by the second half of the show the performers’ energy drew enthusiastic audience members to the front of the room, where they were serenaded and danced with the band. Other guests eased into singing from their seats.

Raichel indulged fans after the show, taking photographs with them. “You made us feel at home,” he said.