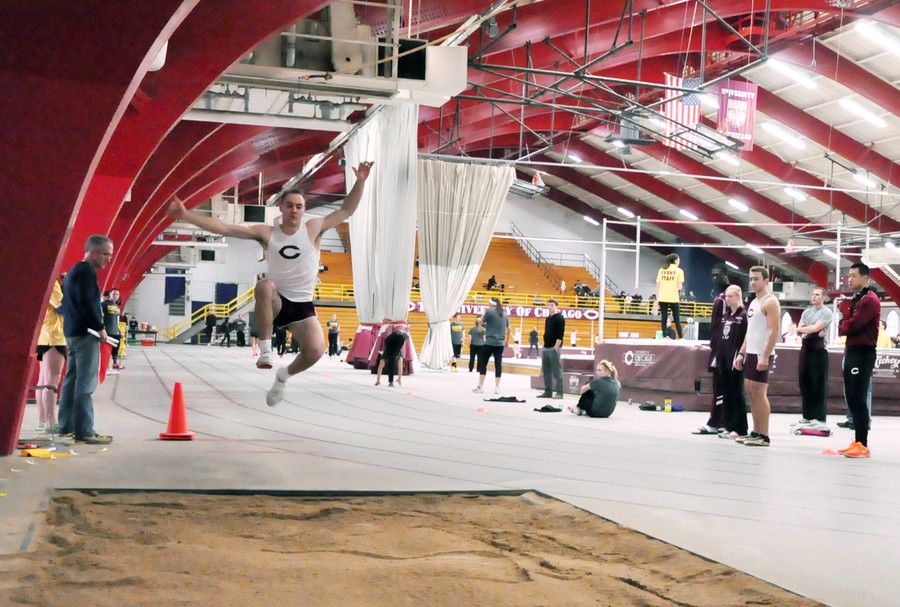 Chicago’s men’s and women’s squads placed an impressive second and third, respectively, this past weekend at the UAA Championships. Thirteen different Maroons landed on the podium, and the South Siders brought home five individual UAA titles.

The men, who finished the first day in fourth place, rallied on Sunday to accumulate a total of 87 points. Carnegie Mellon took home the conference title with a score of 139. Rival Wash U slipped after defending the UAA Championship for three straight years and finished third with 78 points.

“I am beyond proud of our efforts. People definitely rose to the occasion and left it all out on the track. It was truly exciting to be a part of UChicago track and field this weekend,” first-year sprinter Jake Romeo said.

The women, on the other hand, contributed to a massive upset with their third-place finish, since they stole crucial points away from eighth-ranked Wash U. Emory won the meet with a score of 132 points—one more than Wash U (131) could muster. The Maroons followed with a hard-earned 96 points.

The first-years continued to impress, winning three events outright. First-year thrower Nkemdilim Nwaokolo dominated the shot put and the weight throw, taking first place in both with distances of 11.74m and 15.27m, respectively. First-year Michael Bennett continued to exceed expectations; too, as he reached 4.68m in the pole vault and took maximum points for the Maroons.

“This weekend was amazing,” Bennett said. “I couldn’t be prouder of the way we competed this weekend. It felt incredible to win the conference as a freshman; the atmosphere and support from my teammates were great.”

The Maroons must now shift their focus to the NCAA National Championship set to take place in two weeks. Traditionally, the Maroons would compete in the North Central Last Chance before NCAA’s in order to allow all individuals within range of qualifying for the national meet a final chance to post better times or distances. However, because North Central (IL) will host the national championship this year, the Cardinals decided to cancel the Last Chance meet in order to prepare for Nationals.

“Coach Hall will most likely be taking a few people who are in contention for a chance to compete at Nationals to a meet this weekend,” second-year thrower Reecie Dern said.

Current standards allow only the top 10 in each event to qualify for the national meet. As of this weekend, only fourth-years Julia Sizek and Billy Whitmore have posted high enough marks to qualify. Sizek is ninth in the nation in the 5,000-meter and Whitmore is 10th in the same event.

Only a few other Maroons have realistic shots at qualifying. Fourth-year Kayla McDonald currently ranks 25th in the 800-meter run with a time of 2:16.48. McDonald would have to shave close to 2 seconds from her time to have a realistic chance at qualifying. Bennett ranks 23rd in the pole vault and would need to add .14m to qualify. The men’s distance medley also has a chance to qualify, as they rank 18th in the nation. They would need to cut off a little more than five seconds to make it.

For now, all that’s left for those with a shot is to practice and hope for the best. More will be clear in a week. The DIII Championships are in Naperville on March 8 and 9.