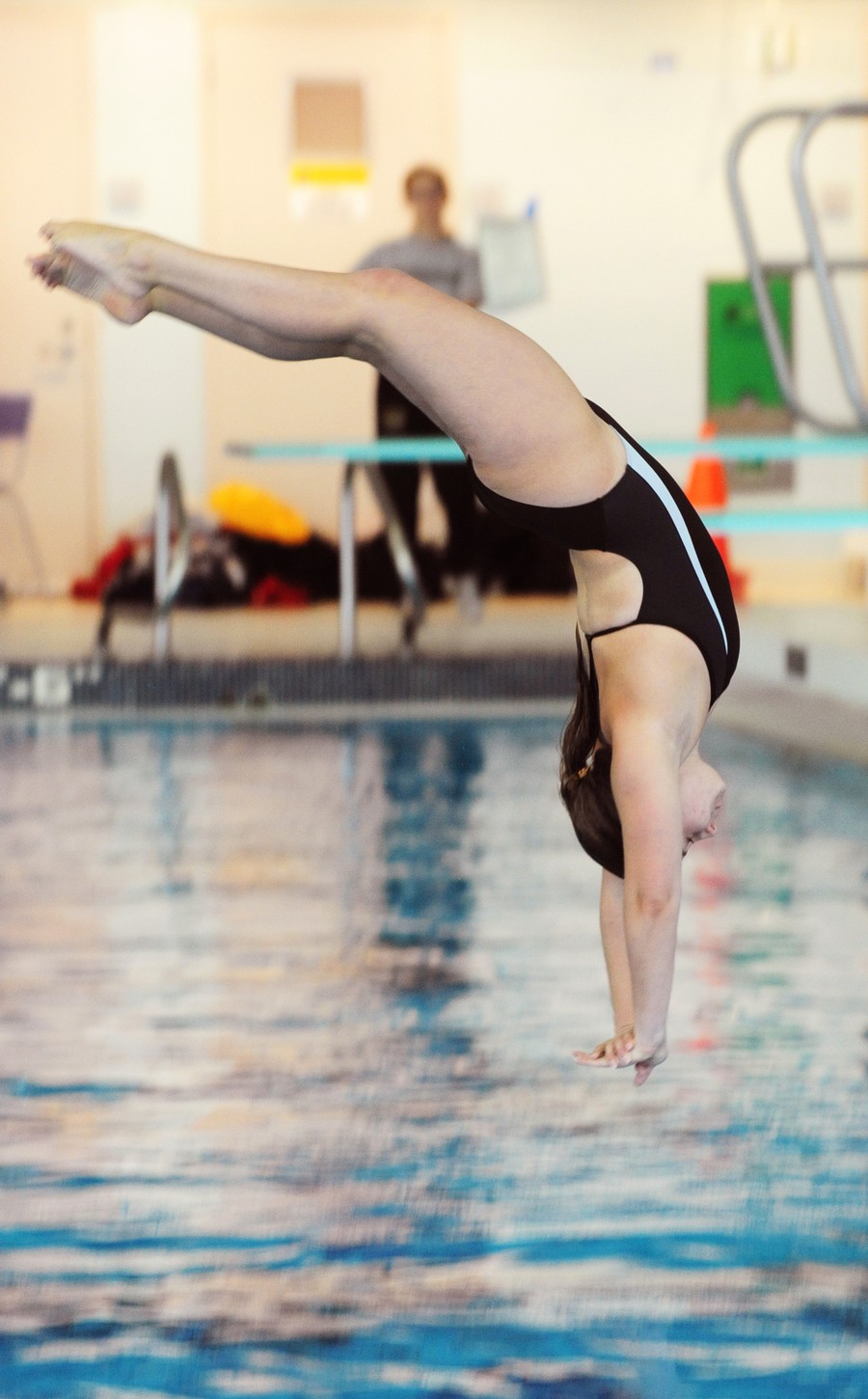 This weekend, the South Siders hope to (not) make a splash at NCAA Diving Zones, which will be held at Calvin College in Grand Rapids, Michigan for the first time. Four members of the diving team will be competing at Zones, the only chance to qualify for Nationals. The pressure is on for these select Maroons, and there are high hopes for all of the divers to make it through to Nationals.

This year deviates from previous years because of the new format the NCAA is using to determine qualifiers for Nationals. This regional competition will decide which athletes will go on to Nationals, and previous performance in the season falls to the wayside because this one competition decides everything for these divers.

“The NCAA Regional Diving Meet singlehandedly decides who gets to compete at the NCAA Championship next month in Houston,” diving coach Kendra Melnychuk said. “In the past, divers simply had to achieve a qualifying score and would send in a video tape of themselves diving at some point during the season, and the 44 divers who competed at Nationals were selected by a video viewing panel. The new Regional format is nice in the sense that we actually get to compete for our spots at the NCAA Championship. However, this is their one and only shot and there are no second chances.”

The team heading to Regionals consists of fourth-years Becky Schmidt and Bobby Morales and second-years Matthew Staab and Anthony Restaino. Melnychuk knows that this year’s team is especially strong, but that this region is also very competitive.

“All four divers competing at Zones have a very good chance of qualifying for the NCAA Championship,” Melnychuk said. “The ultimate goal is to have everyone qualify, but our particular region is extremely strong, especially on the men’s side. It is an unbelievable pool of talent and I look forward to seeing who comes out on top.”

Melnychuk has been particularly pleased with the efforts of this year’s squad. The team is made up of six members, meaning that over half are going on to Regionals.

“This past season has been nothing short of amazing for the diving team,” second-year Anthony Restaino said. “We all had personal bests and we all finaled at conference.”

The team attributes much of its success to the close nature of the team, and it has achieved a lot this season. The Maroons broke all of the school records and set two UAA Conference records, Staab broke DePauw University’s pool record, and Staab and Schmidt were named the UAA Divers of the Year.