No. 3 Chicago to take on nation’s top teams at ITAs

No. 3 Chicago will compete at the ITA Indoor Championship this weekend. The Maroons will face undefeated UW–Whitewater in the first round. 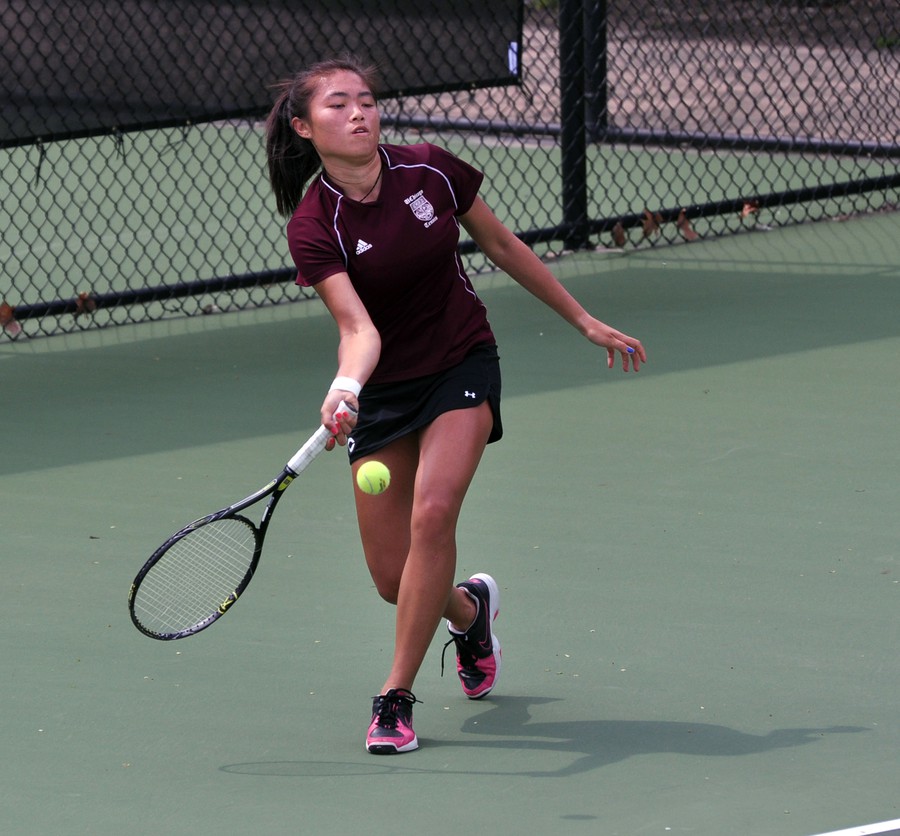 There will be no easy wins for the Maroons this weekend.

Chicago, ranked third in the nation and holding a 2–0 record against D-III opponents, will go up against undefeated UW–Whitewater (10–0) in the first round of today’s ITA Indoor Championships at DePauw University.

The ITA Indoor Championships is the most prestigious team tournament in the nation besides the NCAA tournament. Eight of the most successful programs are invited to compete each year.

This year, Chicago has been honored with the No. 1 seed; UW–Whitewater, the eighth seed, is the lowest seed in the tournament. Nonetheless, Maroons head coach Jay Tee said that the Maroons cannot underestimate the Warhawks since UW–Whitewater already had its conference season in the fall, and therefore has participated in more NCAA matches this academic year.

“They’ve played three times as much tennis as we have,” Tee said. “This is their first time here, so I know they want to prove a point.”

The Warhawks have been able to identify their best lineup, but given that Chicago has had limited match play thus far into the season, Tee is still hashing out the best positions for each of his players.

This weekend, Tee will change the No. 3 doubles spot. First-year Sruthi Ramaswami will play No. 3 doubles alongside fellow first-year Stephanie Lee. The previous three matches, Lee was paired with second-year Maggie Schumann while Ramaswami was confined to singles.

“It wasn’t anything that Maggie did or didn’t do,” Tee said. “It was more that Stephanie is playing really well and so is Sruthi. We want to give them both a chance to see what they can do.”

Tee said he thinks Ramaswami’s and Lee’s strengths complement each other well as he has witnessed this week at practice.

No. 6 singles, the spot that both Lee and Schumann have shared this season, will go to Lee.

Although the ITA Indoor Championships is less revered than the NCAA National Championships, the tournament still contains the highest caliber of tennis.

Realistically, Tee said he expects his team, which consists of just one fourth-year and six underclassmen, to compete as hard as possible.

“I know that we are young, and these other teams have more experience,” he said. “All we expect them to do is go and compete as hard as they can, and the results will be there for themselves.”

If Chicago wins on Friday against the Warhawks, it will play in the semifinals on Saturday. With a win on Saturday, the Maroons will compete for the title on Sunday. Even with the unenviable thought of playing three matches in three days, Tee said the Maroons are ready.

“We’re a well-conditioned team; we’ve worked hard on that,” he said. “The old cliché ‘one match at a time’ is all we’re really thinking about right here. We want to beat Whitewater first; we don’t know who we’re going to play next, but we know we’ve got to beat a very good Whitewater team before we can even think about playing the second and third match.”

The Maroons are scheduled to play UW–Whitewater at 3:30 p.m. today.