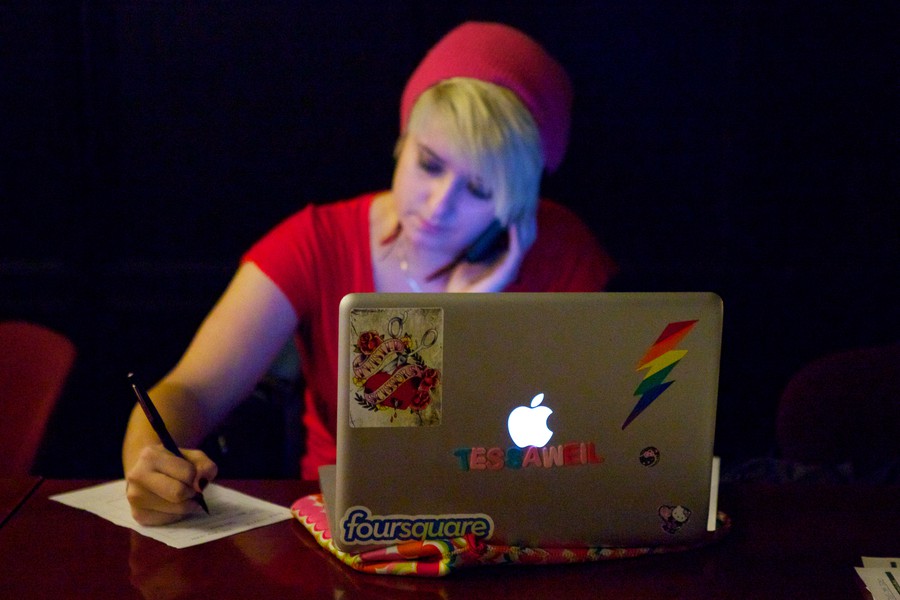 For nearly two weeks, a coalition of student organizations including ACLUofC, Students for Barack Obama, and Queers & Associates (Q&A), have hosted phone banks on campus to advocate for Illinois state legislation that would legalize gay marriage.

According to ACLUofC Managing Director Matthew Cason, the phone banks are an offshoot of a larger statewide campaign, Illinois Unites for Marriage, a coalition led by three civil rights organizations, including the Illinois chapter of the American Civil Liberties Union (ACLU), Equality Illinois, and Lambda Legal.

“Marriage equality is an issue that our membership has been interested in all year…. Once we got the word from the ACLU of Illinois that they were doing this, we hopped on immediately,” Cason said. He added that the Illinois chapter of the ACLU was interested in attracting students to the cause because “college campuses are relatively easy to have phone banks on.”

The marriage equality bill passed the Illinois Senate on February 14 and the House Executive Committee on Tuesday, but it faces opposition in the House. As a result, Illinois Unites for Marriage mobilized phone banks reaching out to constituents.

“We call constituents in various target districts where the representatives are either against the bill currently or are wavering…so we commit the constituents to call their congressman or congresswoman,” Cason said.

Second-year Anastasia Golovashkina, who spearheaded the initial organizational efforts, said that between 40 and 50 students have participated in at least one of the phone banks.

The software utilized at the phone banks enables students to “transfer the caller directly to their state representative.”

According to an affiliated first-year student, three days later, they held an organizational meeting, with the first phone bank taking place on February 18. Since then, they have held phone banks each Monday, Wednesday, and Friday in the Reynolds Club, Harper, and Bartlett.

“It can be very tough hearing rejection from some of the people we call; however, it is an overall very rewarding experience. I am very, very happy to be a part of this coalition here on campus,” he said.

Rani Shah, a junior at Illinois Institute of Technology (IIT), found out about UChicago’s phone banks through Facebook. After attending the first training session and phone bank at UChicago, she held the first phone bank at IIT on Tuesday evening.

“Getting people to come and participate is the hardest part, due to time conflicts, general apprehension of phone banking, and, IIT being a tech school, garnering enough people interested in policy [and] government work is tough to find,” she said.

But the student participants believe their efforts could make a difference in the bill’s passage.

“We are ensuring that constituents show their representatives that this is something they feel strongly about,” Golovashkina said.

“Basically, the whole state’s strategy is if there are enough calls, [representatives] will learn that this issue is important to their constituents and it becomes electorally important, and it often…gives them the leeway for them to support the bill,” Cason said.

If the House passes the bill, Illinois would become the tenth state to legalize gay marriage.