The President discussed the potential effects of the $85 billion sequester cuts on federal funding for clean energy research at Argonne National Laboratory on Friday. 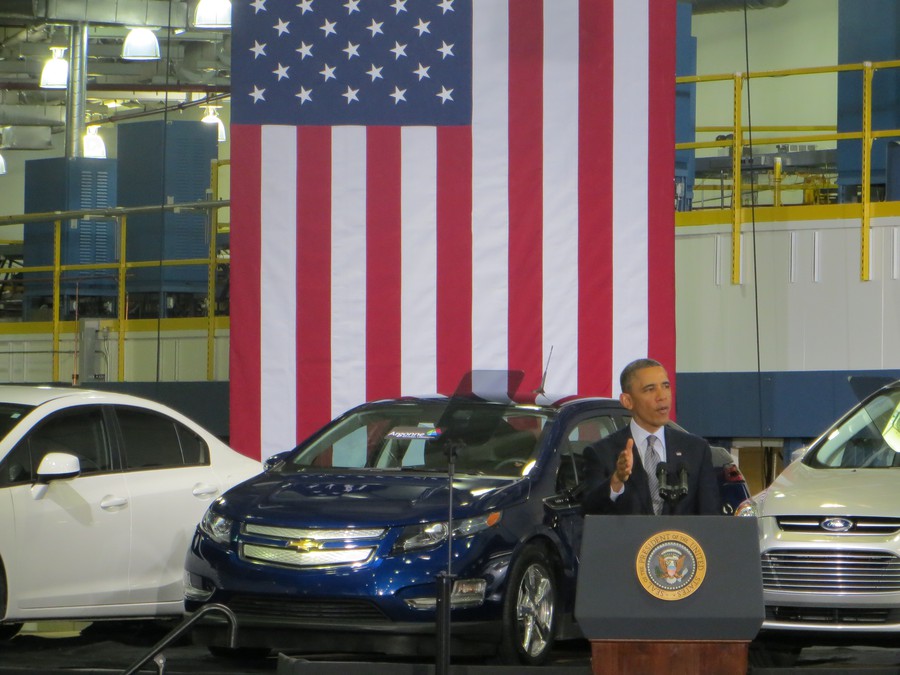 President Obama toured Argonne National Laboratory and discussed possible effects of the sequester on funding for the lab, which could include limiting the number of postdocs it can hire, in a speech at the lab on Friday. Argonne, which is located in Lemont, Illinois, is owned by the Department of Energy and managed by the University of Chicago.

According to Steve Ciatti, Argonne’s Principal Mechanical Engineer for the Center for Transportation Research, the sequester cuts could limit the Lab’s flexibility to hire postdoc researchers.

“Hiring new talent becomes restricted,” he said in an interview with the Maroon after Obama’s remarks.

There are currently 292 postdocs working at Argonne, according to Argonne spokesperson Steve McGregor. Six of them are former UChicago graduate students.

It has yet to be announced how much funding Argonne will lose, if any, as a result of the sequester cuts.

Citing the low-cost, energy efficient lithium-ion battery developed by Argonne twenty years ago despite questions of whether or not it was worth the effort, Obama discussed the importance of supporting new researchers.

“Our federal government made it a priority and we funded their efforts [20 years ago]...Imagine all the ideas right now with all these young scientists and engineers that 20 years from now will be offering solutions to our problems that we can't even comprehend.”

During the speech, the President proposed the Energy Security Trust, which would create a $2 billion fund of royalties collected from oil and gas reserves to be put toward research in alternative energy.

First introduced in his State of the Union address, Obama credited the idea to Securing America’s Energy Future, a non-partisan group that includes retired generals and CEOs, he said.

Obama said he decided to speak at Argonne because “right now, few areas hold more promise for creating good jobs and growing our economy than how we use energy,” he said.

This was the first time that a president has come to the research hub since President George H.W. Bush visited in 1992.

The President also used the speech as an opportunity to speak out against the non-strategic nature of the sequester cuts, which consists of an $85 billion dollar across-the-board cut of federal spending.

“They don’t trim the fat, they cut into the muscle and into bone,” he said.

“The private sector on its own will not invest in this [energy] research because it’s too expensive…so we’ve got to support it, and we’ll all benefit from it.”