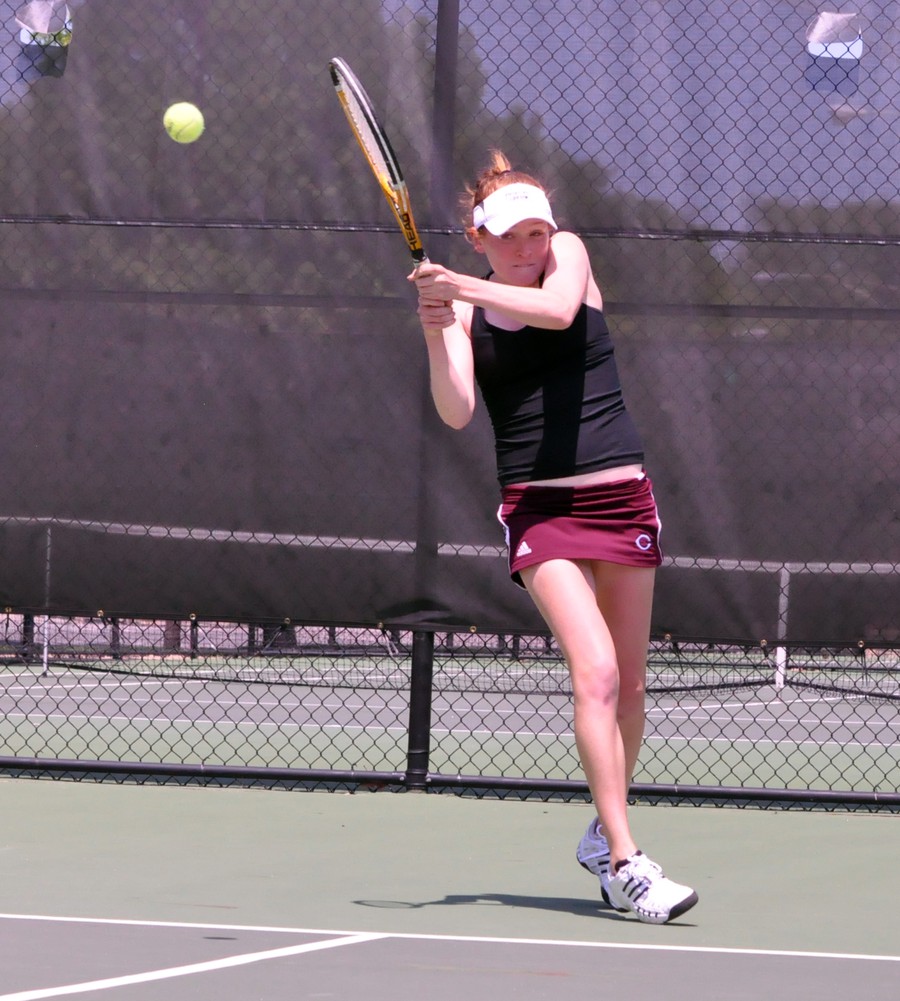 It is clearly not a rebuilding year for the Maroons.

After graduating its three best players, the young Chicago team has been on a quest to improve from last year, rather than rebuild.

This past weekend’s ITA Indoor Championships in Greencastle, IN was a microcosm of these efforts. The top-seeded Maroons took third place after beating eighth-seeded UW–Whitewater 9–0 on Friday, losing to fifth-seeded Johns Hopkins 6–3 on Saturday, and defeating sixth-seeded Trinity (TX) 8–1 on Sunday.

Even with Whitewater going 10–0 in match play in the fall, the Warhawks’ dual against Chicago was the first of the season.

“Whitewater might not have been as strong as I thought they would’ve been, but, overall, I was really happy with our level of play,” head coach Jay Tee said. “Even if [the Maroons] didn’t play their best, they found a way to win, and that was what was important that first day to start off the tournament.”

The Maroons would not have an easy match in the semifinal against fifth-seeded Johns Hopkins.

The Blue Jays had a 2–1 lead going into singles. The lone Chicago win in doubles came from the No. 1 tandem of second-year Megan Tang and first-year Helen Sdvizkhov (8-4).

The Maroons could not make a comeback, losing four of six singles matches.

“As a team, I don’t know if we came ready to play at that high of a level,” Tee said. “That was probably our first real Division III test of the year. This was definitely the best Division III team we faced.”

The loss was Chicago’s first against a D-III opponent this season. Johns Hopkins ended up winning the tournament.

“No one on the team likes to lose, and especially in this situation at the national tournament,” Tee said. “You want to play your best every match, and if that doesn’t happen, then you have to reevaluate what you’ve been doing and how you’re playing.”

The Maroons brought a new energy level in Sunday’s third-place match against Trinity.

“We were determined to win and end the tournament strong,” second-year Kelsey McGillis said.

And the Maroons did just that. The lone loss of the third-place match came at No. 1 doubles, the same tandem that was successful all weekend long. Tang and Sdvizkhov were down 4–1 before winning four straight games to put them up 5–4. Unfortunately for them, Trinity’s accurate serving and strength at the net proved too much for Chicago.

“I thought we were in position to win, but as the points got bigger and the games got bigger, we played a little nervous and a little scared,” Tee said. “The other team didn’t play nervous and scared.”

First-years Stephanie Lee and Sruthi Ramaswami won a nail-biter at No. 3 doubles, 9–8 (5). No Chicago players lost in singles.

“I am very proud of the whole team for not letting the loss against Hopkins affect our play or mentality against Trinity,” McGillis said.

Even with the third-place finish, Tee said this tournament was a stepping-stone to further success this season.

“As a team, we know that this was a big weekend, but the biggest weekend of all is in May, and that’s the weekend we want to be ready for. So, we can take everything we learned this weekend and put it into practice the next few weeks and work towards the NCAA tournament.”

The Maroons head back to Greencastle, IN this Saturday to face Oberlin and DePauw.