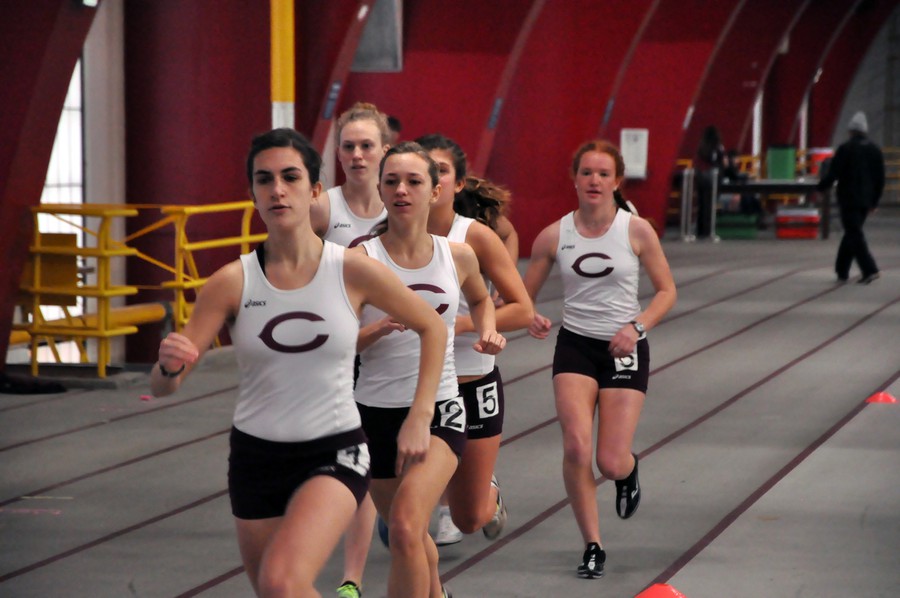 The Maroons had mixed results this weekend, as fourth-years Julia Sizek and Billy Whitmore qualified for the NCAA Championship with times from earlier this season, while other Maroons failed to qualify in their last chance meet at UW–Stevens Point.

In the weekend before nationals, competitors from around the country compete in last chance meets in an effort to rank high enough to qualify for the NCAA National Championship. The top 13 athletes in each individual event and top 10 in each team event make it to the championship.

A small group of Maroons traveled to UW–Stevens Point to compete in such a meet. Despite some impressive finishes, none in the group ranked high enough to qualify.

“I think we did well as a whole,” third-year Michaela Whitelaw said. “It’s tough that we didn’t get the times we needed for nationals, but, overall, we’re not upset with our performances. We competed for the sake of competing, and while we didn’t qualify, we still had fun.”

First-year Michael Bennett broke the school record for the second time this year in the pole vault with his jump of 4.70m. The height earned him first place at the meet and moved him up to 19th in the national rankings. But, unfortunately, Bennett was a 10th of a meter short of matching the qualifying height.

The women’s distance medley—comprised of Whitelaw, first-years Alison Pildner and Brianna Hickey, and fourth-year Kayla McDonald—made a strong effort that finished second at the meet and 18th in the nation. But their time of 12:05.52 did not beat Muhlenberg’s 10th ranked time of 11:55.74.

However, previous performances by Whitmore and Sizek stood the test of time as other competitors attempted to steal their spot at nationals.

Whitmore’s time of 14:33.99 in the 5000-meter run from the Leonard “Squig” Invitational held strong as Patrick Jenkins of UW–Stout and Bryan Marsh of Wesleyan (CT) moved ahead of Whitmore and pushed him to 12th in the nation. However, because the top 13 in each event qualify, Whitmore still qualified for NCAAs as the sole representative of the men’s squad.

Sizek’s time from the Warhawk Classic that took place earlier this year was also strong enough to withstand a slight fall. She ranked ninth in the 5000-meter run with her time of 17:11.37 going into the weekend, but she was eventually pushed to 11th. Sizek will represent the women’s squad by herself at the NCAA Championship.

The NCAA National Championship will take place this weekend at North Central in Naperville, IL. While Whitmore and Sizek prepare for one final go around at the national meet, the rest of the Maroons will not let their time go to waste.